The story is in the poop 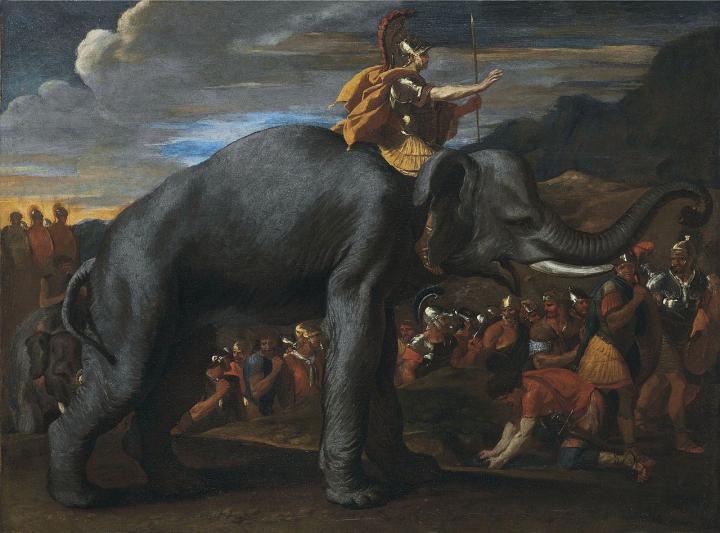 In 218 BCE, the legendary general Hannibal led his army of Carthaginians (an ancient hellenistic empire of Northern Africa) through Spain, over the frostbitten crags of the Alps, and sweeping down into Italy from the North bringing the Roman Empire to the brink of destruction. His decisive thrashings of Roman forces in Northern Italy earned him fame as one of the greatest military commanders in history. Yet despite the popularity of his alpine campaign, historians have argued for thousands of years over what exact route the ambitious commander took to successfully march his army through the Alps. That is, perhaps, until now.

Solid evidence in the form of ancient dung microbes, has led Microbiologists to believe that the crossing occurred in the Col de la Traversette pass between France and Italy. The findings, published this week in the journal Archaeometry, may have finally settled this long standing puzzle of history.

One of the astonishing things about Hannibal’s crossing of the Alps was that he was able to successfully move such a tremendous number of men and animals over such treacherous, unforgiving terrain. Conditions were likely terrible, and Inadequate clothing coupled with severe weather probably made it a harrowing experience for the average soldier. His army consisted of some 30,000 soldiers, 15,000 horses and at least 37 elephants.

That’s right: He guided war elephants from the sunbaked continent of Africa through the snow covered mountains of France and Italy. Imagine the Romans’ terror and disbelief at seeing elephants coming down from the mountains, let alone a full army.

Moving that many living things is like moving a city. And it most certainly didn’t happen in a day. So like all living things, the soldiers and beasts of war all had to bed down at night, forage for food, and relieve themselves. Now 45,000 mammals—and big ones at that—all loosening their bowels in the same area is going to create a substantial amount of feces. And in this case, it was substantial enough for scientists to find signs of it over 2,000 years later.

Microbiologists Bill Mahaney of York University Toronto and Chris Allen of Queens University Belfast, led an international team of researchers who took to the soil of the Col de la Traversette pass. There, among other faecal biomarkers, they found high amounts of Clostridia, a microbial group that makes up 70 percent of all the microbes present in horse manure. These manure loving microbes were dated to precisely the same time of Hannibal’s invasion of Rome, approximately 2,168 years ago. The microbes “Are very stable in soil—surviving for thousands of years,” said Allen in a statement. 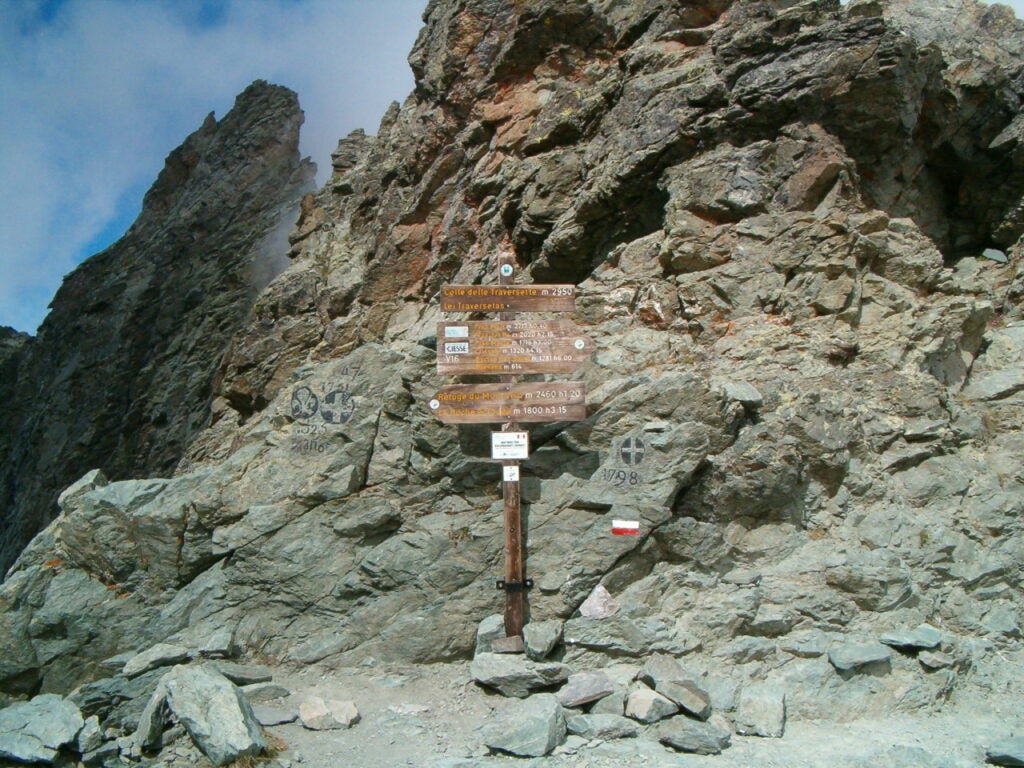 A sign on the Col de la Traversette pass between France and Italy in the Cottian Alps.

What’s more, the “mass animal deposition” as the researchers are calling it, “lies within a churned-up mass from a 1-metre thick alluvial mire, produced by the constant movement of thousands of animals and humans,” said Allen.

In other words, churned up soil doesn’t happen naturally 3000 meters up in those frosty environs. It lays in very uniform layers. Together, the mixed up soil, and faecal microbes residing in the Col de la Traversette Pass provide the most compelling evidence yet for one of history’s most puzzling events.

Urging his men on over the slippery terrain, and driving uncooperative animals through the bitter wind and snow, Hannibal struck terror into the hearts of Romans and very nearly ended the republic during that Second Punic War of 218-201 BCE.

When talking about history it’s very easy to tumble down the “what if” road and slip up with hyperbolic statements about how certain events may have changed its course, but Hannibal’s invasion created an environment of uncertainty and fear in Rome that made way for the later rise of Caesar and the Empire that Rome eventually became.