In order to get under ours 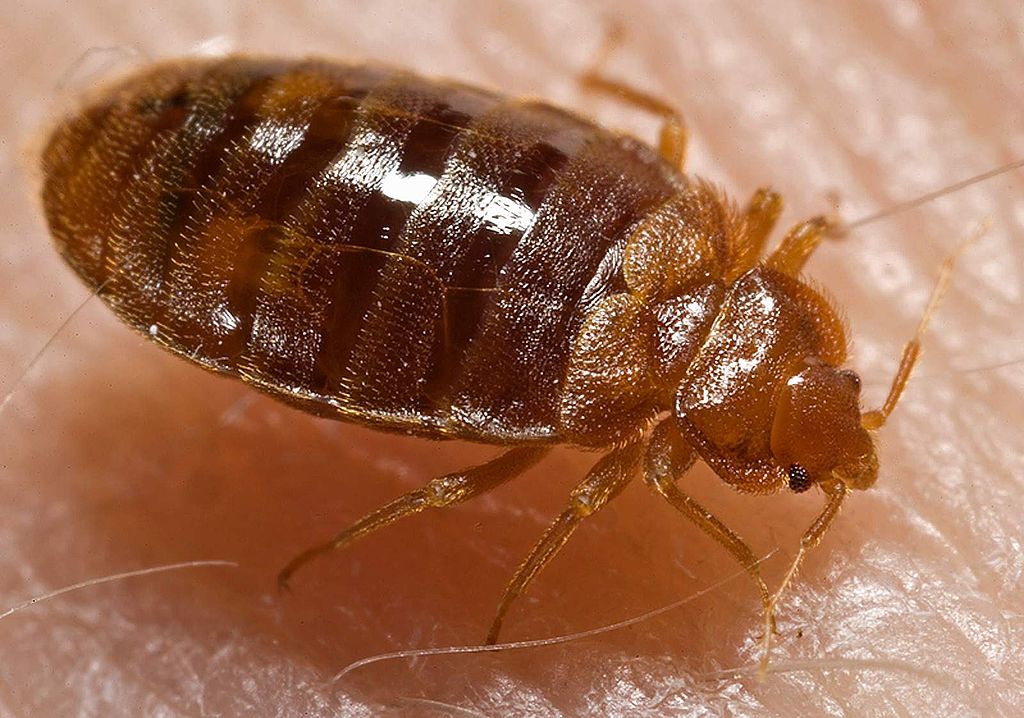 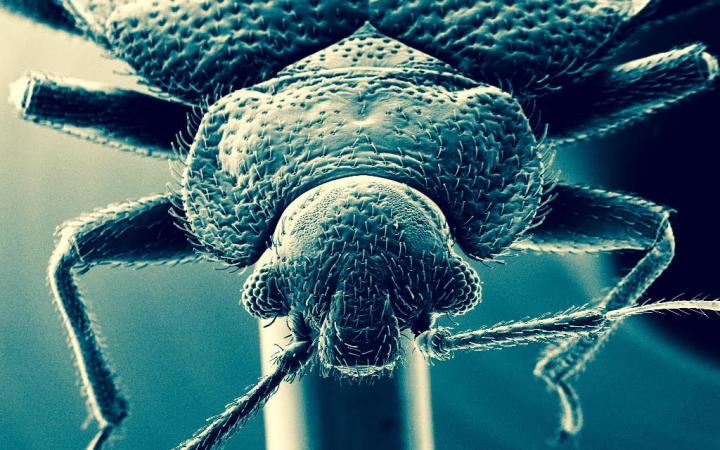 Lilly used scanning electron microscopy to check out the size of bed bugs’ cuticle, or exoskeleton.

“Sleep tight, don’t let the bed bugs bite” becomes a decidedly less innocuous phrase if you’ve ever had bed bugs. Though the gluttonous insects were largely eradicated in developed countries in the mid-20th century, they have made a resounding global comeback in the last twenty years or so, feasting happily on millions of unsuspecting sleepers and turning major metropolitan centers like New York City inside out in attempts to get rid of them.

The likely explanation for bed bugs’ resurgence is that they’ve become resistant to the most commonly used insecticides, and now researchers at the University of Sydney in Australia have found that bed bugs’ resistance to bug spray has developed from a simple strategy—their skin just got thicker. Their findings are published today in the journal PLOS One.

Bed bugs (Cimex lectularius) are small insects—often compared in size and shape to apple seeds—that are obligate feeders of blood, meaning they must drink blood to survive. And drink they do. After a hearty meal they balloon in size and even change color, their light brown bodies turning a darkened red from all the blood they’ve vacuumed out of their host.

Biologist David Lilly and fellow researchers from the University of Sydney zoomed in for a closer look at bed bugs ‘skin’ using a scanning electron microscope. The insect’s ‘skin’ is not actually skin, but an exoskeleton known as a cuticle—the same kind found on all insects and arthropods.

In a statement, Lilly explained that “we were able to compare the thickness of cuticle taken from specimens of bed bugs resistant to insecticides and from those more easily killed by those same insecticides.” It became apparent that the thicker the cuticle, the more likely the bugs were to survive exposure to poison. With this new information, Lilly hopes that “we may be able to spot a chink in their armor that we can exploit with new strategies.”

They’re coming to get you!

Once they’ve infested a house or apartment, the nocturnal critters bed down in the seams of mattresses, hide out in the inner workings of box springs and bed frames, and come crawling out at night to stake their claim on the unfortunate person who just laid down in bed bug city.

In major infestations, not all bed bugs get that type of prime real estate and have to search for homes elsewhere in the cushions of chairs and couches, under wall paper, or in drawers. But they all make the trip to the bed regularly. They also happen to be fearless travelers that hitch rides on clothes, bags, suitcases, furniture and anything else they can cling to that will take them to a new world to terrorize.

People never feel a bed bug biting them because the insects release painkillers in their saliva that numbs that spot on the host’s skin. If the sleeper can’t feel the tickling sensation or pain of the bed bug nibbling into his flesh, he won’t wake up to slap it into a pulp. Some people show no symptoms at all after getting bit, but many get swollen, reddish sores that can become maddeningly itchy.

Despite the Environmental Protection Agency and Centers for Disease Control and Prevention labeling bed bugs as a public health pest, they are not known to transmit any diseases between humans. Still, victims of infestations sometimes experience insomnia and other psychological disorders because of them. You would too if you bedded down each night knowing the sanguineous six-legged farmers were coming to harvest your blood in the dark. Hopefully the new findings by Lilly’s team can help figure out a way to create more effective insecticides in the future.