Using a disease to kill a plague 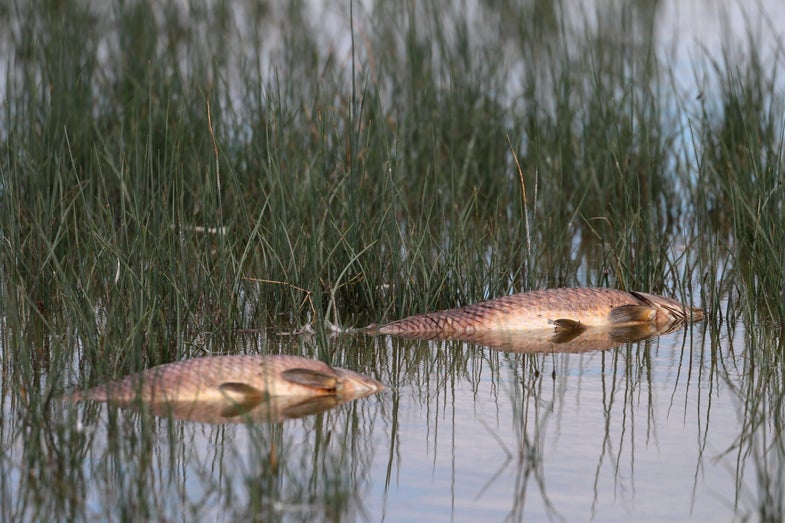 A herpes infection in humans is usually an annoyance, featuring intermittent blisters. In fish, herpes can be deadly.

And that’s exactly what Australia is counting on. In an effort to rid their waterways of tons of invasive European Carp, the Australian Government is planning on releasing a carp-specific herpes virus into a river system in Australia in 2018 to try to stop what government officials are calling ‘carp-ageddon’.

A shaky video taken at the Darling River in 2011 illustrates the immensity of the problem.

The 15 million Australian Dollar (11.29 million USD) plan hopes to cause massive die offs in the river by exposing the carp to the virus. The herpes virus will kill them quickly, leaving potentially millions of tons of dead fish in the water, which the government plans to clean up.

It might seem cruel, but eradication is increasingly seen as a valid method of repelling invasive species, and in the case of this virus, the effects seem limited to carp and koi, not other fish. At present, the sheer numbers of carp in Australia are making it all but impossible for native species of fish to survive.

Here in the United States, we also have a carp problem, but with a different group of species, collectively known as Asian carp, which has infested the Mississippi river basin, harming native ecosystems. If the experiment in Australia goes well, it could be another tool for the United States to use in combatting the spread of the fish, beyond building electric barriers, closing river locks or training carp like dogs.