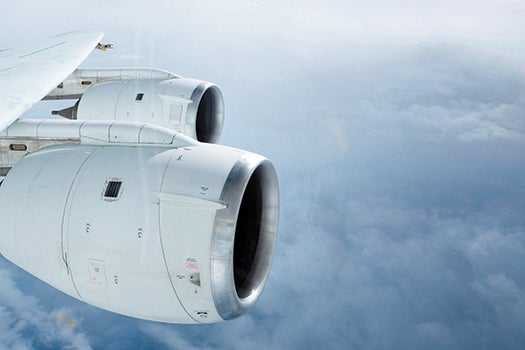 NASA’s DC-8 research aircraft flew through the top of the eyewall of Hurricane Earl in the Atlantic Ocean, Monday, Aug. 30, 2010. The flight passed through the hurricane several times to study the intensifying storm as part of the Genesis and Rapid Intensification Processes (GRIP) experiment, a NASA Earth science field experiment being conducted to better understand how tropical storms form and develop into major hurricanes. (NASA/Jane Peterson). NASA/Jane Peterson
SHARE

Earth’s upper atmosphere—below freezing, nearly without oxygen, flooded by UV radiation—is no place to live. But last winter, scientists from the Georgia Institute of Technology discovered that billions of bacteria actually thrive up there. Expecting only a smattering of microorganisms, the researchers flew six miles above Earth’s surface in a NASA jet plane. There, they pumped outside air through a filter to collect particles. Back on the ground, they tallied the organisms, and the count was staggering: 20 percent of what they had assumed to be just dust or other particles was alive. Earth, it seems, is surrounded by a bubble of bacteria. 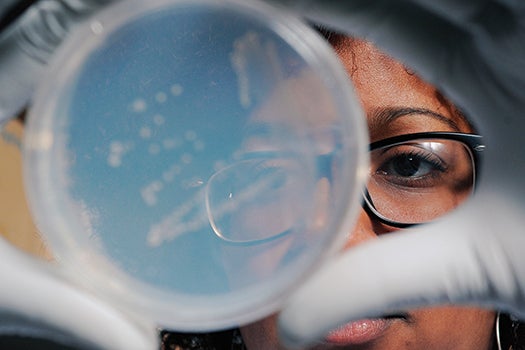 In the midst of airborne sea salt and dust, researchers from Georgia Tech unexpectedly found thousands of living fungal cells and bacteria, including E. coli and Streptococcus.

Scientists don’t yet know what the bacteria are doing up there, but they may be essential to how the atmosphere functions, says Kostas Konstantinidis, an environmental microbiologist on the Georgia Tech team. For example, they could be responsible for recycling nutrients in the atmosphere, like they do on Earth. And similar to other particles, they could influence weather patterns by helping clouds form. However, they also may be transmitting diseases from one side of the globe to the other. The researchers found E. coli in their samples (which they think hurricanes lifted from cities), and they plan to investigate whether plagues are raining down on us. If we can find out more about the role of bacteria in the atmosphere, says Ann Womack, a microbial ecologist at the University of Oregon, scientists could even fight climate change by engineering the bacteria to break down greenhouse gases into other, less harmful compounds. 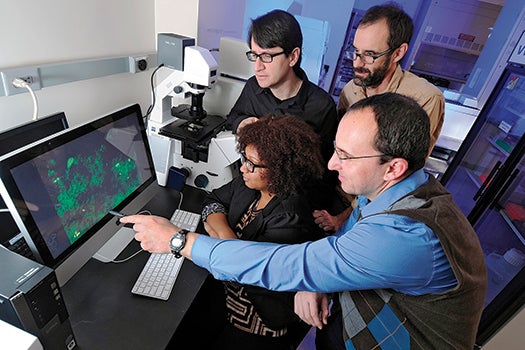