The Future of Green Architecture: A Floating Museum

Physalia is half-boat, half-building, and all green. This mammoth aluminum concept by Belgian architect Vincent Callebaut is meant to travel... 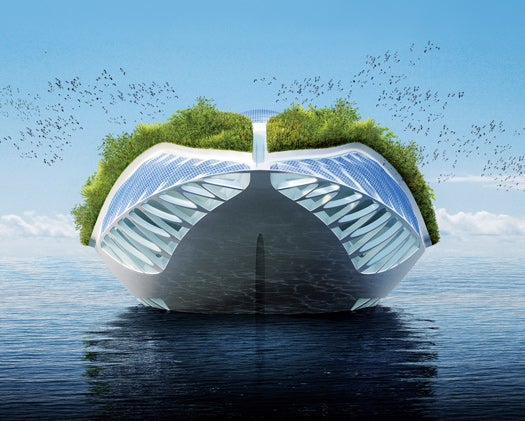 Physalia is half-boat, half-building, and all green. This mammoth aluminum concept by Belgian architect Vincent Callebaut is meant to travel Europe’s rivers, making filthy water drinkable. At the same time, the ship generates more energy than it uses.

A coat of titanium dioxide paint brushed onto the silvery shell will neutralize pollution by absorbing ultraviolet rays, enabling a chemical reaction that decomposes organic and inorganic toxins. (It’s the same technology used in certain high-tech concrete that breaks down airborne particulates.) As the vessel whips along, purifying waterways, it can draw on both solar and hydro power. Turbines under the hull transform water movement into electricity, and rooftop photovoltaic cells harness energy from the sun. The roof doubles as a nursery, whose carefully selected plants help filter river gunk, whether from the Thames, Rhine or Euphrates.

But Physalia isn’t just designed to be a working ship. The vessel will also be a floating museum of sorts. Scientists who study aquatic ecosystems can hole up in the dedicated “Earth garden” lab, and tourists can visit temporary exhibits in a “water garden” or settle into a submerged lounge that could easily pass for a London nightclub. Callebaut, 33, dreamed up the idea after last year’s United Nations Climate Change Conference in Copenhagen shone a long-overdue spotlight on global water issues. He has some lofty terms for his project: It’s a “nomadic hydrodynamic laboratory,” a “fragment of living earth,” and a “floating agora” on a “geopolitical scale.” Others might just call it a cool idea.

A museum, nightclub and filtration system, Physalia uses its hull and rooftop plants to scrub away pollution. 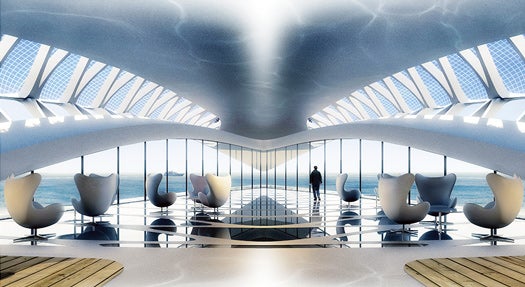 The interior of the ship’s water garden 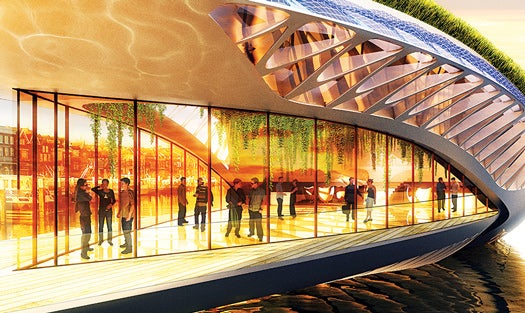 A sunset view from the passenger deck 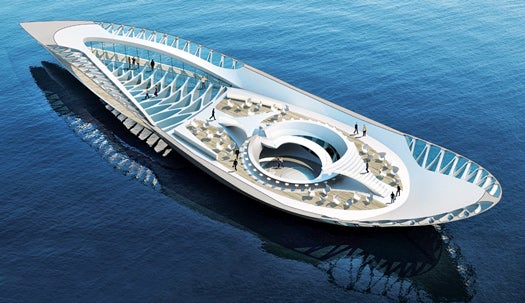 The steel hull is plated with titanium-dioxide-coated aluminum. 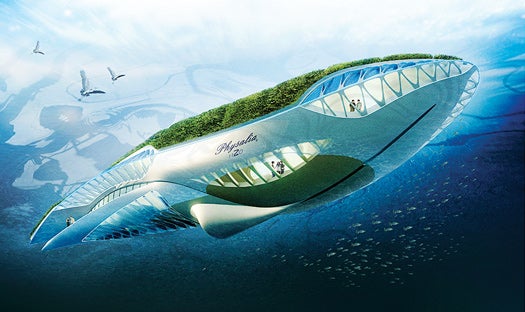