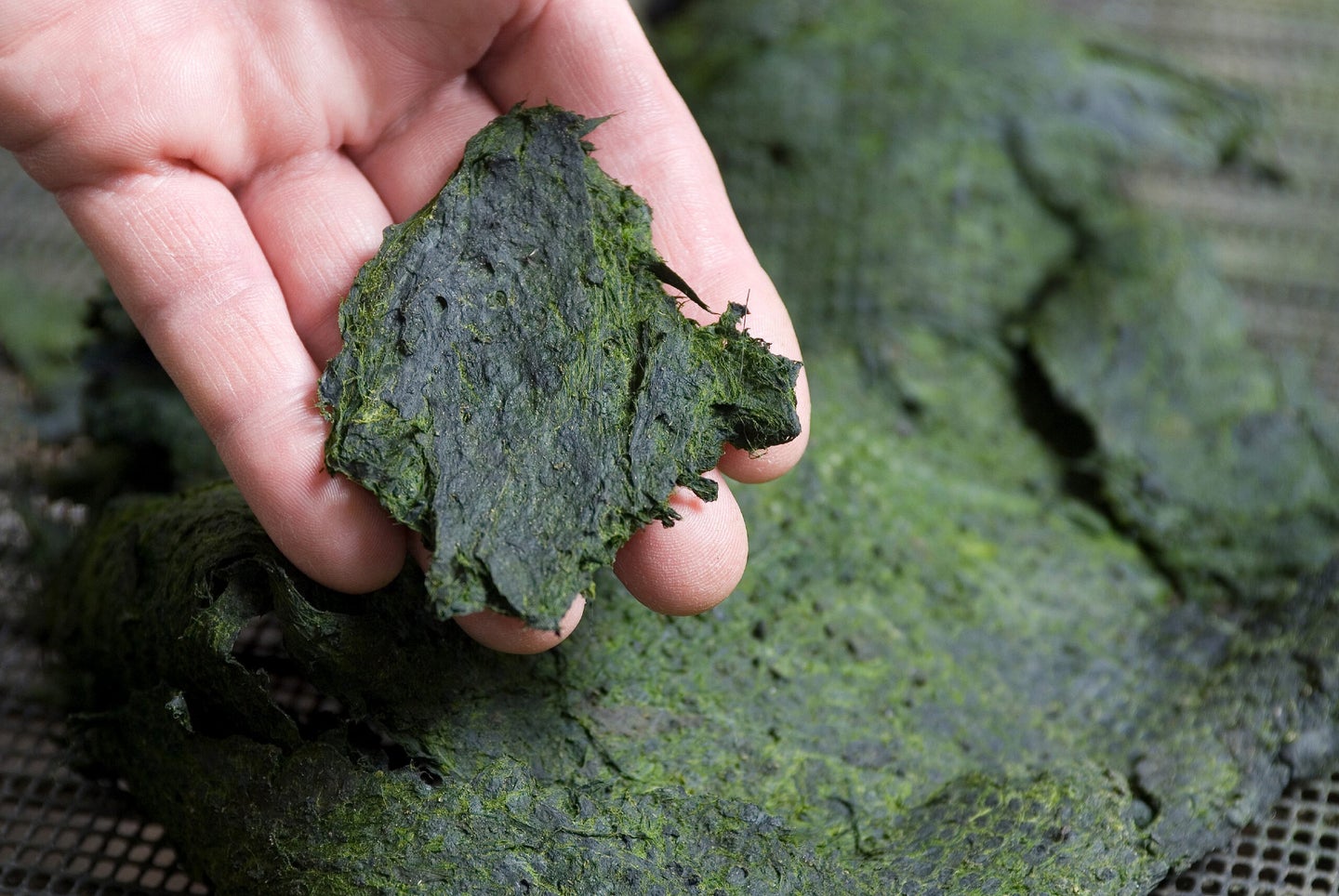 Algal blooms that feed on nutrient-rich manure and fertilizer runoff can deplete oxygen in the water when they die, creating inhospitable dead zones — but the same green scum might also serve as a preventive solution upstream. A microbiologist with the U.S. Agricultural Research Service used algae to recover almost 100 percent of nitrogen and phosphorus nutrients from manure, and suggested that the dried-out algae can then act as slow-release fertilizer for farms.

The solution offers better management of the cycle of nitrogen and phosphorus nutrients which plants depend on. Experiments have shown that algae can capture 60 to 90 percent of nitrogen and 70 to 100 percent of phosphorus from a mixture of manure and fresh water, as proved by the U.S. Department of Agriculture (USDA) on four dairy farms.

The system is practicable now. Farmers would have to set up algal turf scrubber (ATS) raceways covered with nylon netting to serve as a platform for algae to grow upon. The capture costs of around $5 to $6 per pound of nitrogen and $25 per pound of phosphorus is about the same as other manure-management practices.

But Walter Mulbry, the USDA microbiologist, also showed that corn and cucumber seedlings could thrive on an organic fertilizer made from the dried-out algae. That might allow farmers to recoup even more of the costs from the ATS system, or perhaps turn a profit if the price is right.

Mulbry has already begun another study to see whether fertilizer made from chicken and poultry litter can also benefit from the algae cleanup system. And he has also begun studying whether the ATS systems can remove nitrogen and phosphorus from estuaries that flow into the Chesapeake Bay, so that they could clean up runoff that has already made it into the water system.

Algae’s versatility has already won over scientists who see it as the biofuel of the future, and the tiny plant organisms have also been proving their worth in scrubbing carbon dioxide and nitrous gas from industrial smokestacks. A company called Algenol has even looked to using algae-derived plastic as a replacement for petroleum-derived plastic.

Even the U.S. Department of Energy and various branches of the U.S. military have begun seriously exploring algae-derived solutions. If that doesn’t entirely ensure a clean future, it at least suggests a future with a scummy color palette ranging from pale to bright green.