How It Works: Protecting New Orleans With The World’s Largest Flood Pump

New Orleans sits smack dab between the Gulf of Mexico and Lake Pontchartrain, and when a hurricane comes rolling in,...

New Orleans sits smack dab between the Gulf of Mexico and Lake Pontchartrain, and when a hurricane comes rolling in, those bodies of water tend to spill into the streets. This summer, the U.S. Army Corps of Engineers started construction on a barrier that can block a 16-foot swell blown in from the Gulf and a massive pumping station that will blast floodwaters back to sea.

The $500-million station—the newest installment of a $14-billion federal project to fortify the Big Easy against the type of fierce storm the city sees once in 100 years—will protect the 240,000 residents living in New Orleans, a high-risk flood area because of its nearby shipping canals. The Gulf Intracoastal Waterway is one of the city’s most trafficked industrial waterways, but it provides a perfect path from the Gulf for a 16-foot storm surge to flood homes and businesses. When a major storm threatens, the waterway’s new West Closure Complex will mount a two-point defense. First, operators will shut the 32-foot-tall, 225-foot-wide metal gates to block the surge. Then they’ll fire up the world’s largest pumping station, which pulls 150,000 gallons of floodwater per second. And unlike the city’s notorious levees, the WCC won’t break when residents need it most. “This station is designed to withstand almost everything,” including 140mph winds and runaway barges, says Tim Connell, the U.S. Army Corps of Engineers’s project manager for the complex.

Army engineers will bring the gates and pumps online as they go, with the goal of wrapping up construction by 2011—provided there are no interruptions, says Dennis Kamber, a senior technical adviser on the project: “We have our fingers crossed that Mother Nature will be kind to us this year.” 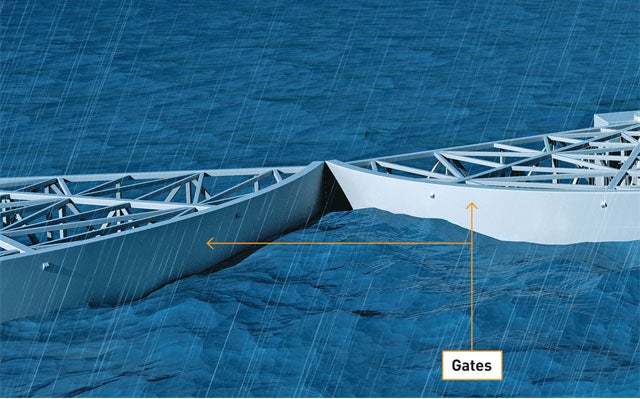 The 32-foot-tall steel gates reach to the river bottom to block a 16-foot storm surge. The gates are held strong by a 12-foot-thick concrete slab, which is supported by 518 steel pilings that can each bear more than 435,000 pounds. 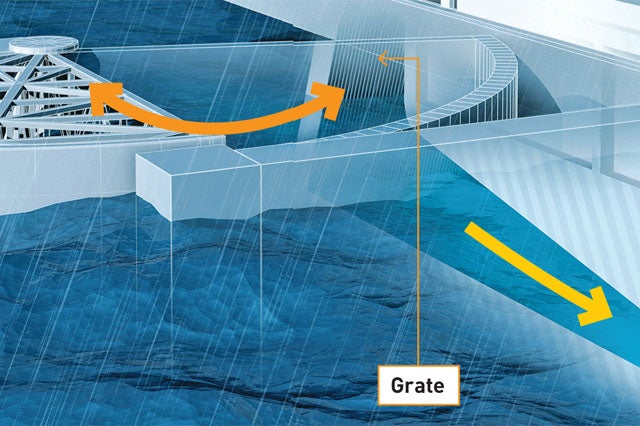 Steel bars protect each pump from trees, roof shingles, cars and other floating debris that could clog it. A mechanical rake sweeps the screens clean. 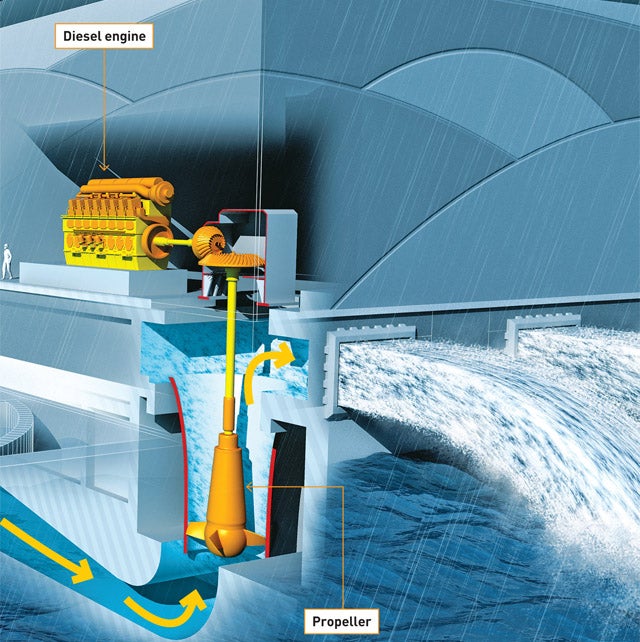 Turn on the Pumps

A 5,000-horsepower diesel engine spins the pump’s four-blade propeller 150 times a minute. Together the 13 pumps move 150,000 gallons of water per second, the equivalent of about 15 Olympic-size pools every minute.
Weather
floods
hurricanes
September 2009