How This Year’s El Niño Will Make Meteorologists Look Dumb

Unless something crucial changes 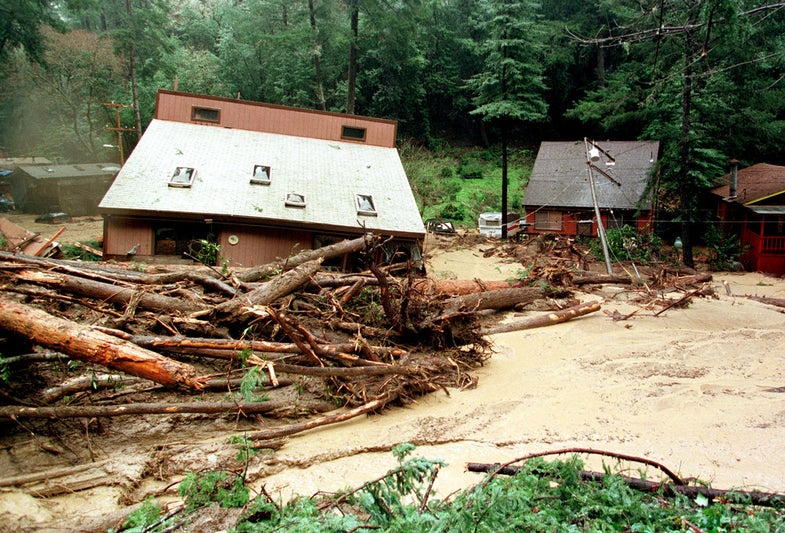 Is that the kind of weather we’re in for this year?

No, all that happened back in the winter of 1997-98—courtesy of one ornery El Niño.

While the once-every-several years weather pattern has already caused 100-year flooding on India’s eastern coast, it probably won’t do much harm in the U.S.

Yet, some forecasts for this season sound ominously similar to 1997, drawing catastrophizing prognostications from some quarters—as well as hopes for a California-drought-ending deluge in others. Both sides may be disappointed.

Let’s review what we know: The ocean’s surface temperatures are warmer than usual, and that’s what drives El Niño weather. The global pattern sets up every three to seven years or so, and it usually brings mild winters in some places—Japan, the U.S. Northeast—and very wet ones in others, such as the American southeast and in parts of the tropics.

A report last week called attention to rising the ocean surface temperatures, which have reached a peak that beats the 1997-98 El Niño. That’s a bad sign. But the prediction models actually call for a more moderate, traditional El Niño pattern: wet across the south, warm across the north.

“Even if the ocean temperatures are exactly the same [as in a powerful El Niño year] that doesn’t mean the impacts will be,” says Mike Halpert, the deputy director of the National Weather Service’s Climate Prediction Center.

The surface of the equatorial ocean is indeed super warm. That’s the first ingredient for a record year. But the second part of the equation is atmosphere: For record conditions, the air in the tropics needs to take up lots of extra moisture.

That then produces higher rainfall across the equator, which butterfly-effects its way into the unusually warm and wet conditions in the U.S.

So far, the second part of the equation isn’t happening the same way—the atmosphere in the tropics is drier than it was during the 1997-98 season.

Weather is, of course, a squirrely thing. But as it stands this El Niño is looking milder than that record-breaking year.

Take a look at these maps for re-assurance. We’ve overlaid the prediction for this winter with the records of the last Big One.

Will This Winter Be Wetter?

Yes, in some areas.

The 1997-98 El Niño brought extra rain to a big chunk of the U.S. But this year, the current prediction has a wetter-than-normal winter likely (green) in the south and drier-than-normal conditions likely (brown) in the north. The 1997-98 chart shows the historical record, relative to a typical winter.

The forecast for this winter season shows the likelihood of atypical conditions.

Will This Winter Be Warmer?

Yes, again, in some areas.

Two decades ago, El Niño created an unusually warm winter for much of the U.S. That’s still likely in the north (red), where December is already proving mild.

But Texas and parts of the central south may see colder-than-normal (blue) weather—the more common El Niño pattern. The 1997-98 chart shows the historical record, relative to a typical winter. The forecast for 2015-16 shows the likelihood of atypical conditions.

All of which means, there’s probably no need to freak out—at least in the U.S. But let’s all enjoy this Chris Farley classic together anyway: