Why Nor’easters Can Be So Much Worse Than Normal Snowstorms

The storm’s complicated roots make it particularly difficult to track 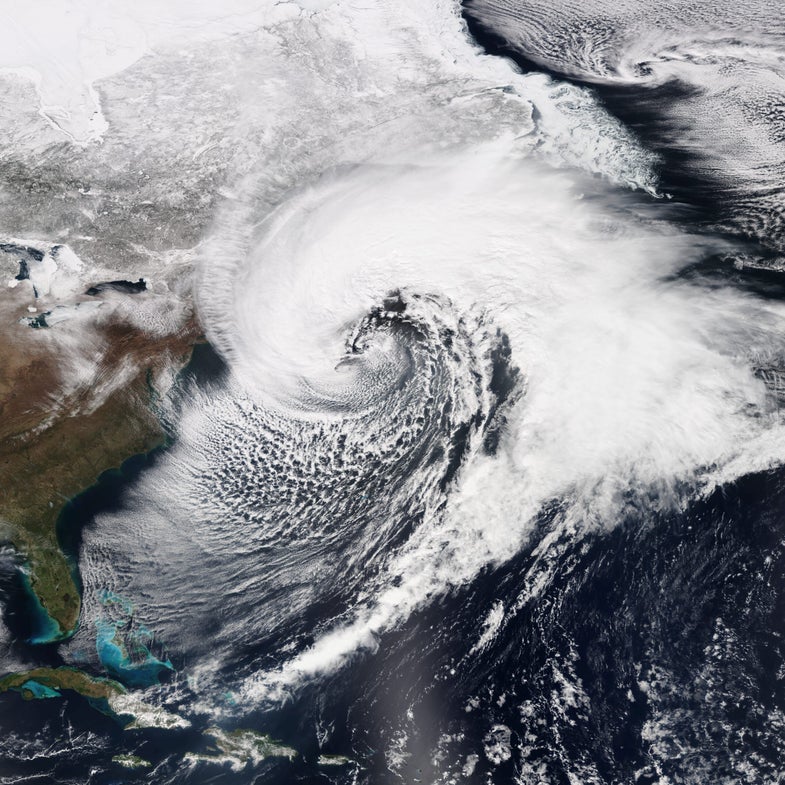 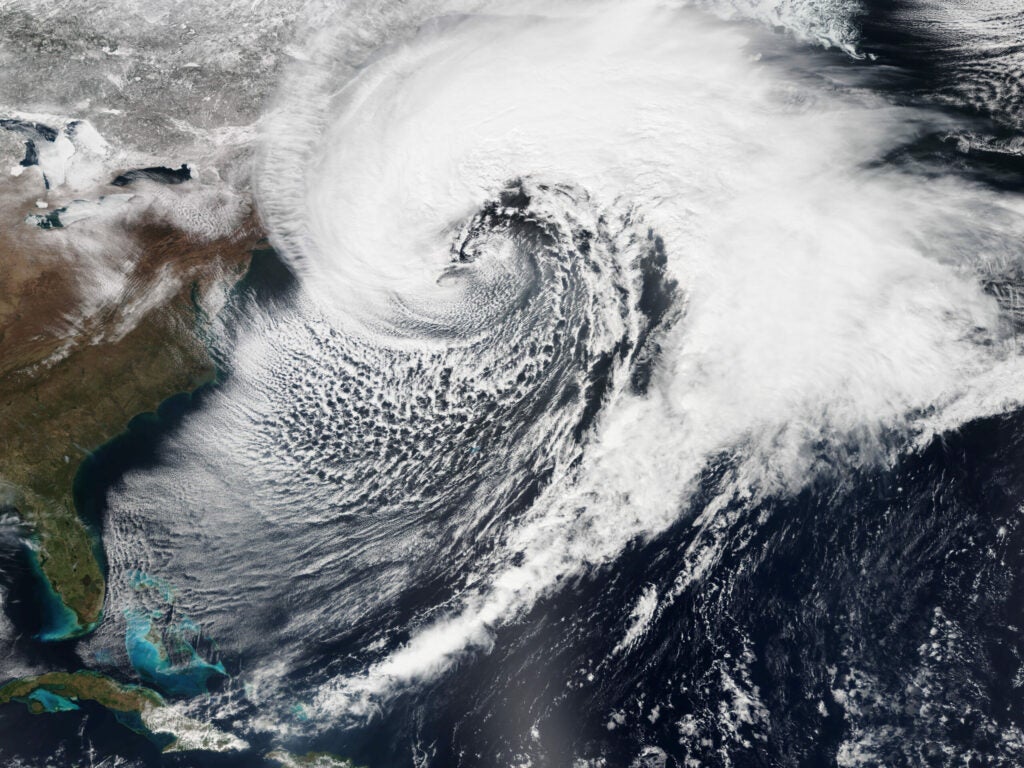 A Nor’easter At Peak Intensity

Above, a Nor’easter that hit the Northeastern United States in March of 2014, as seen from NOAA’s Suomi NPP satellite.

If you live in the Northeast, you may have sensed tension rippling the air these past few days as weather forecasters predicted a snowstorm, due to arrive just in time for the first day of spring. Maybe, just in case, you even stocked up on bread, alcohol or library books. But what sets a Nor’easter apart from a regular snowstorm and what’s one doing popping up in the middle of March, just as the weather should be getting warmer?

Nor’easters get their name because they travel along the eastern seaboard up the coast, generating strong winds that blow from the Northeast. These storms arise in the south, along the Gulf of Mexico, where warm waters linger even in the winter. “Nor’easters like temperature differences,” says Paul Kocin, a meteorologist with the National Weather Service and co-author of two books on Nor’easters. It’s easier for differences to build up in the winter, when the air over land is colder, but the National Weather Service expects them to arrive any time between September and April. 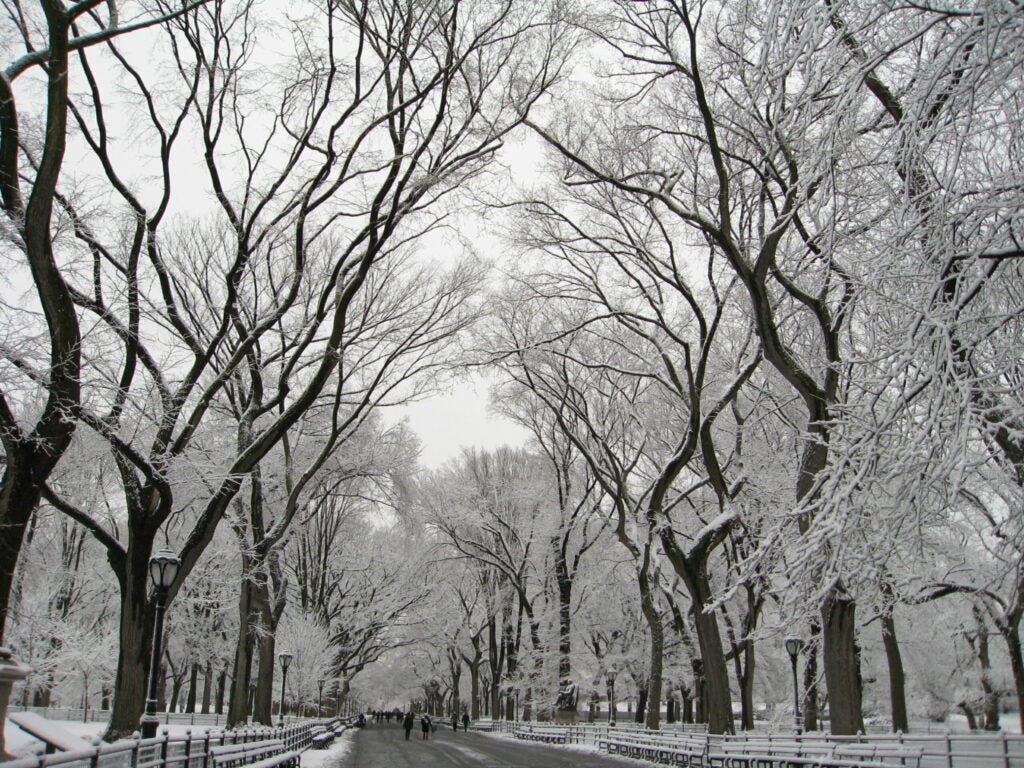 What’s actually going on during the life of a storm? Those temperature differences choreograph an invisible dance of air and winds. First on the scene is a low-pressure system, which is a knot of warm air that forms where two neighboring chunks of air, one warm and one cool, rub against each other. The line dividing them twists slightly counter-clockwise and that tension creates a swirl, similar to water circling a drain. Where the bottom of this knot meets the Earth’s surface, air is pulled in toward the center, then has nowhere to go but up. When it does this over water, it picks up moisture, lapping at the Gulf like a ring of cats’ tongues.

How much the low-pressure system drinks depends on its temperature; warmer air can hold more water vapor. As warm air rises up through the knot, it cools and its water vapor condenses into water, arming clouds to deliver a heavy soaking. And many Nor’easters do just that — bring a soaking rain to the mid-Atlantic and New England. The soggy air rides up the East Coast along that line of thermal tension between cooler land and warmer water. When the air cools too much to hold its water vapor, it squeezes out like a wet sponge, drenching the land and water beneath it.

What about the snow?

But that just makes for a rainy day. For the snowy, show-stopping performance of a historic Nor’easter, the low-pressure system needs to partner with a high-pressure system carrying a blast of cold, dry air east and south over the Great Lakes. When this system is strong and cold enough and times its entrance right, it freezes the low-pressure system’s abundant water into dazzling snowflakes, like a strong leader showcasing his partner’s grace. “Everything has got to line up just right for us to get a blizzard,” says Gary Conte, a meteorologist at the National Weather Service’s New York office.

The complicated nature of Nor’easters can make meteorologists’ jobs tricky. The record-breaking Nor’easter this January, nicknamed Jonas, was unusually straightforward to predict, according to Kocin, showing up clearly a week in advance despite some uncertainty about exactly how far north heavy snow would reach. “That’s often not the way it works,” Kocin says. “Often these storms are very hard to forecast,” he adds. This weekend’s storm is more typical that way.

Wherever the storm tracks, for as long as the two systems balance each other, the snow will continue to fall, blanketing the land in inches or even feet. But all dances come to an end when the music fades. Eventually, the storm uses up its fuel of warm wet air, sputtering out over the cold northern Atlantic Ocean as the dancers bow and part ways.