The burning question of the season 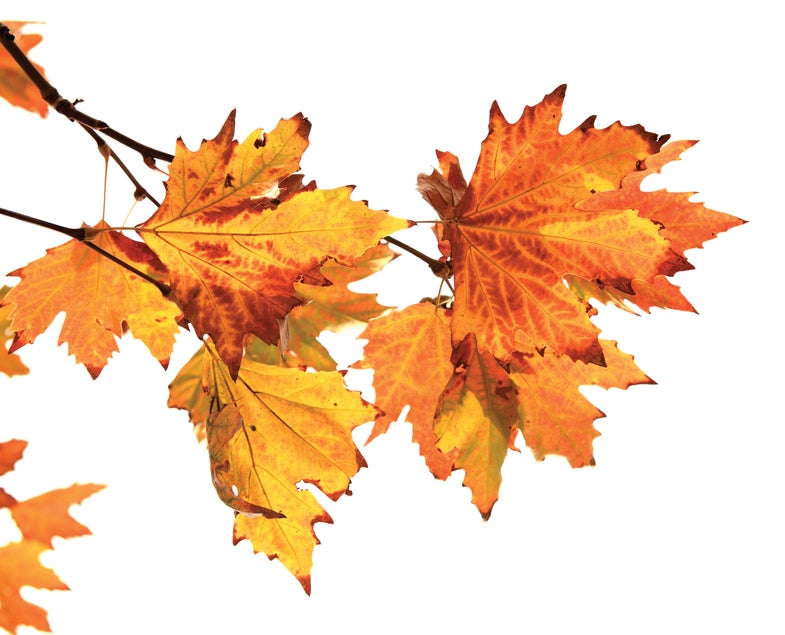 Leaves are loaded with chlorophyll, which makes them green. But all green plants also carry a set of chemicals called carotenoids. On their own, these look yellow or orange—carotenoids give color to corn and carrots, for example—but they’re invisible beneath the chlorophyllic green of a leaf for most of the year. In the fall, when the leaves are nearing the end of their life cycle, the chlorophyll breaks down, and the yellow-orange is revealed. “The color of a leaf is subtractive, like crayons on a piece of paper,” says David Lee, formerly of Florida International University, who has studied leaf color since 1973.

Most trees have evolved to produce a different set of chemicals, called anthocyanins, when it’s bright and cold in autumn. These have a reddish tint and are responsible for the color of a blueberry. They’re also sometimes made in newly sprouting leaves, which explains their sometimes reddish tint. Where chlorophyll and anthocyanins coexist, the color of a leaf may run to bronze, as in ash trees. At high enough concentrations, anthocyanins will make a leaf look almost purple, as in Japanese maples.

More drab autumn colors form as leaves really die and complete the breakdown of the chloroplasts. When they’re all dried out, the pigments link up together into what Lee calls a “brownish gunk.”