2013 Was Another Year Of Extreme Weather Across the U.S. 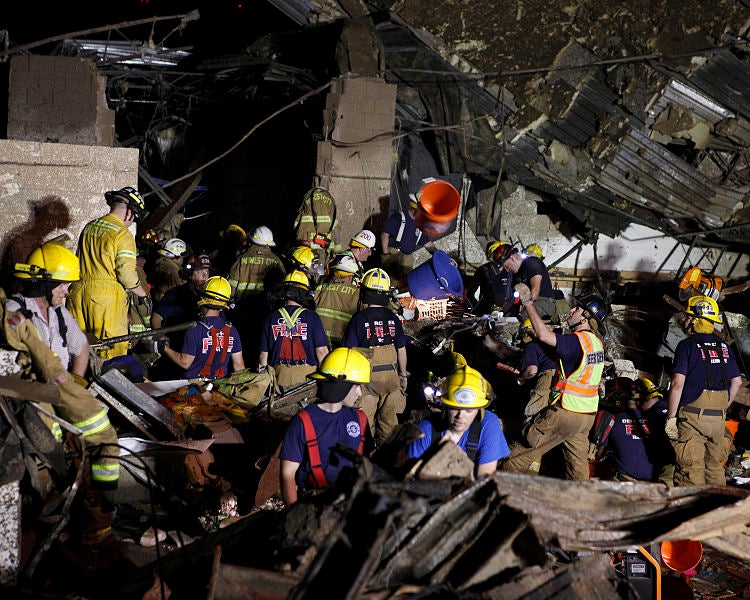 Many states and localities experienced extreme weather and climate conditions in 2013.

Averaged nationally, 2013 was a comparatively calm weather and climate year in the United States. There were fewer than 900 tornados, the least since 1989. The number of North Atlantic hurricanes was below average. Temperatures were only 0.3 degrees above those of the 20th century average, tying with 1980 for 37th warmest year in 119 years of record-keeping, and two to three degrees cooler than 2012, the hottest year on record.

Dig down to state and local levels, though, and temperature and precipitation extremes were felt from coast to coast, according to data released on Wednesday by the National Oceanic and Atmospheric Administration (NOAA). Agency scientists told reporters on Wednesday that 2013 was the driest year recorded in California, with two inches less precipitation than the prior record. Alaska, meanwhile, experienced its third wettest autumn on record—up about 43 percent from the 1971-2010 average.

Although 2013’s national averages proved less remarkable than what happened at state and local levels, “We’re very confident we see, in the data, increases in three variables related to climate change,” said Deke Arndt, chief of climate monitoring at NOAA’s National Climatic Data Center. “We expect to see more big heat over the long term. We expect to see more big rain, in the form of the biggest events getting bigger, and a typical place in the US depending upon big events to get their annual rainfall,” while there will be “fewer big cold events.”

Oregon and Washington had record-breaking rainfall in September—usually a dry month in the Pacific Northwest—but overall saw notably less rainfall than average.

In the East, New York, South Carolina, Georgia, and Florida each had their wettest summer on record. Twenty states from Florida to Maine had three-month precipitation totals that added up to their top 10 wettest on record. New York and Florida saw some of the hottest summer temperatures on record, while the entire Eastern Seaboard felt above average summer heat.

The agency is still gathering data on the total dollar amount of weather and climate-related destruction in the U.S. last year, saying it will release the final amount in June. The scientists stated that seven events in 2013 caused more than $1 billion in damages, however, including five tornados or groups of tornados, one flood, and the ongoing drought and heat in the Western U.S.

The total number of tornados for the year was below historical averages, said Ardnt, after notable increases in 2011 and 2012. But several of 2013’s twisters were remarkably large and destructive, like the EF-5 storm in May that hit Moore, Okla.