The Chinese-Russian South China Sea Naval Exercises: What Happened And Why Did It Matter? 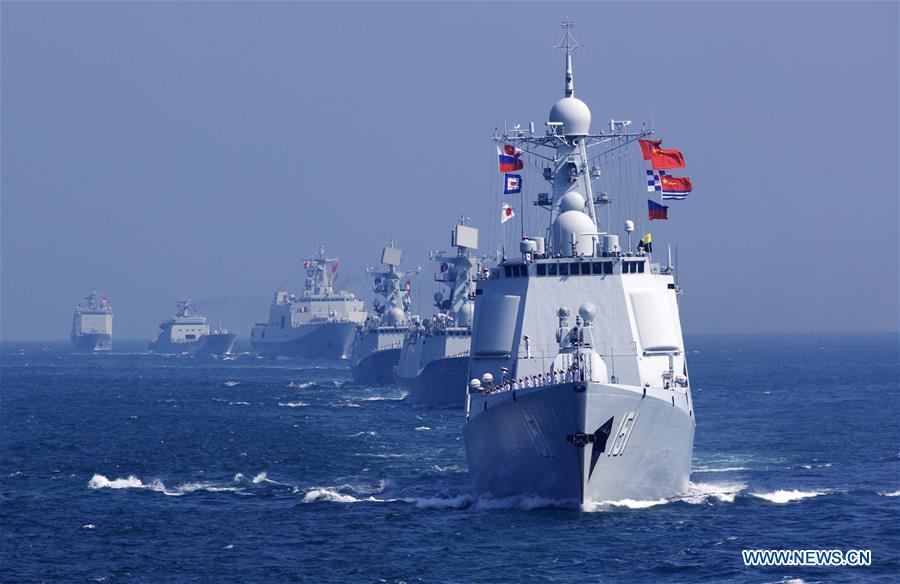 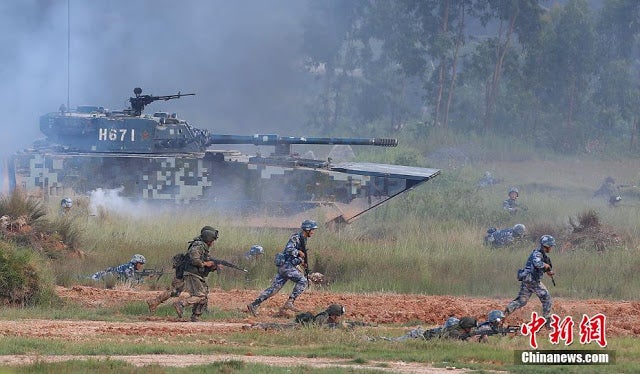 Chinese (in blue camouflage) and Russian (in green camouflage) move inland in this amphibious assault exercise, with cover provided by a ZDB-05 amphibious tank.

From September 12 to 19, the Chinese and Russian navies conducted their largest ever bilateral combat exercises. “Joint Sea Exercise 2016” wasn’t just noteworthy for its size, but also its location: the South China Sea. In addition to having large swathes of its waters contested by Brunei, China, Malaysia, Philippines, Taiwan, and Vietnam, the South China Sea is also a flashpoint in Sino-American relations. 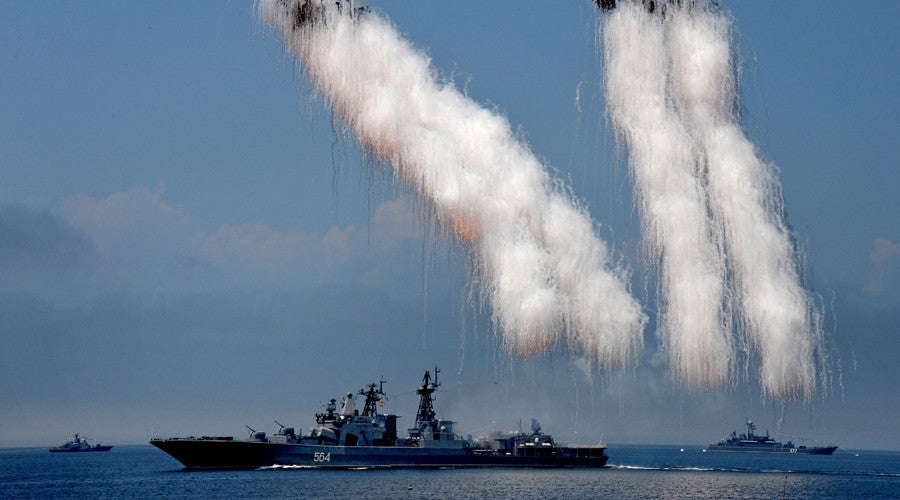 The Udaloy class destroyer Admiral Vinogradov launchers chaff and flares during the air defense portion of Joint Sea 2016, in order to scramble enemy radars on planes and missiles.

Joint Sea 2016 took place during heightened tensions between China and its neighbors, as well as Russia and the NATO powers, but there is a longer history. Since 2012, China and Russia have held annual naval exercises, including in the East China Sea (2014) and Mediterranean Sea (2015).

The Chinese Joint Sea 2016 taskforce, led by the Type 052C destroyer Zhengzhou, consists of some of China’s most modern warships. 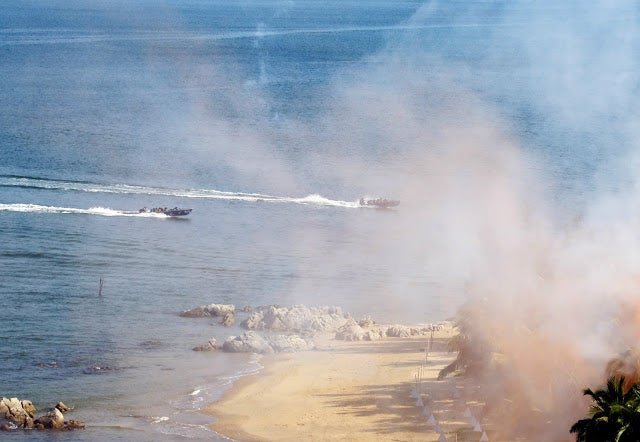 Under simulated combat conditions, Chinese and Russian Marines deploy from amphibious warships to storm an enemy-held beach, which is a bold political statement given nearby disputed insular territories.

For the eight days of the exercise, Chinese and Russian warships conducted naval gunnery, anti-submarine warfare (ASW), maritime interdiction/boarding, search and rescue and, perhaps most notably, an amphibious assault to seize a small island. Particular media emphasis was given to the amphibious assault, which featured Chinese and Russian marines storming enemy beaches with landing boats and ZDB-05 amphibious tanks, while helicopters carried air mobile Marines to encircle the enemy’s rear. Also, the Russian Udaloy destroyers, designed for ASW missions, worked alongside the Chinese Type 054A frigates to hunt the two Chinese submarines with onboard sonars and helicopters. 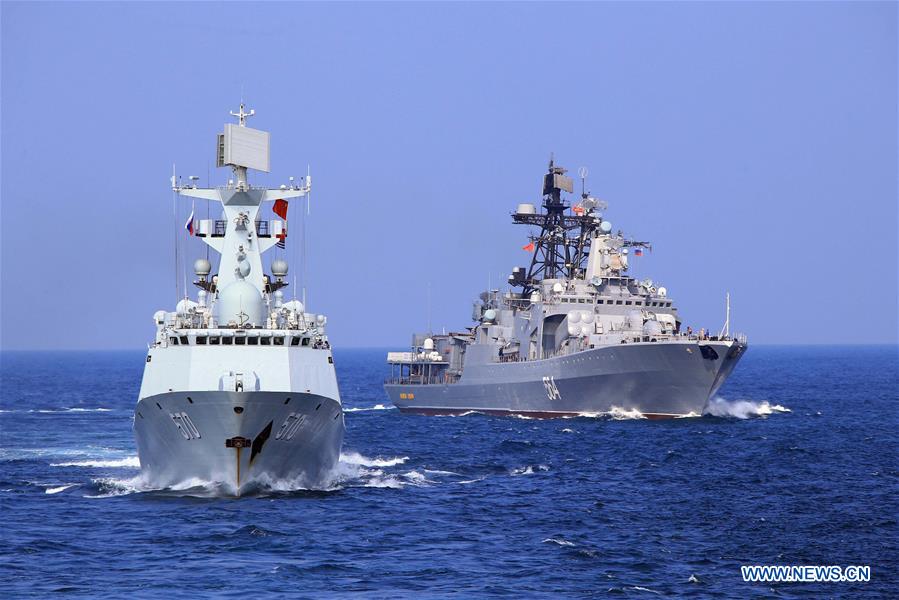 The Huangshan and Admiral Tributs are both formidable ASW platforms. The ASW component of Joint Sea 2016 is only a stop on China’s quest to address its historical ASW deficiencies.

The perceived political value of Joint Sea 2016 was both in further solidifying growing Russian-Chinese military ties, as well as drawing Russia into a South China Sea presence, where China has been bereft of allies. However, the scope of exercises and size of the makeup of the respective task forces also demonstrates an interest by Beijing and Moscow to focus on anti-submarine warfare tactics and amphibious landings as areas for future cooperation. In particular, the continued ASW emphasis suggests that China perceives the threat by growing regional submarine fleet, and may have also viewed the exercises as a means to engage in joint training, but also learn more about Russian ASW systems as well as improved submarine technology that might be purchased. For its part, Russia has no equivalent to the Type 071 LPD and high speed ZDB-2000 amphibious fighting vehicle used by Chinese forces, which could have application in Baltic and Black Sea littoral operations. 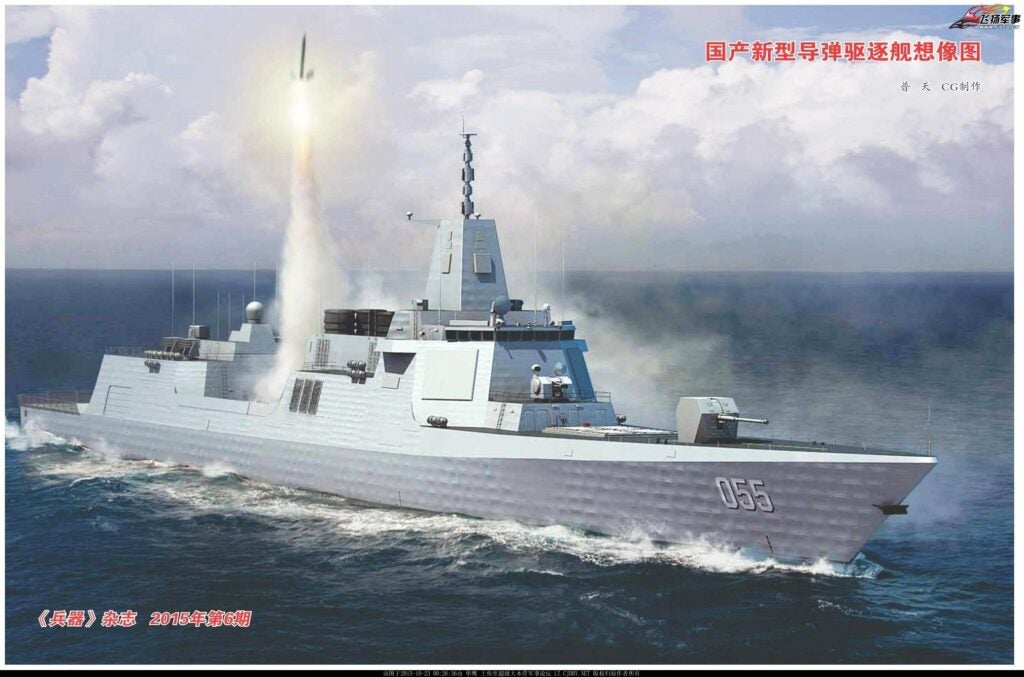 Future international naval exercises by China could see the addition of new capabilities, like attack submarines, aircraft carriers, a multitude of unmanned systems and Type 055 destroyers.

China and U.S. Train Together at Submarine Rescue

Get to know the Chinese Warships that Just Arrived in Hawaii