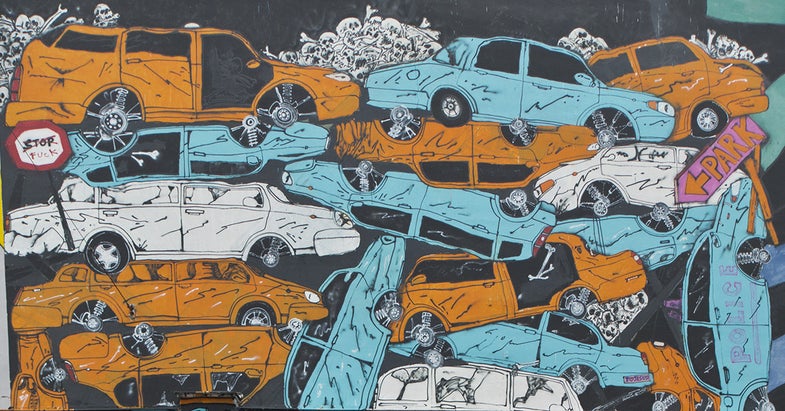 Intersections are imperfect valves. Car traffic is a haphazard combination of moving bodies, flowing through channels and occasionally stopping to let other streams pass. If you think of traffic, not as people and goods in cars, but as a fluid, it makes no sense that cars spend so much time standing still.

Yet traffic isn’t a perfectly fluid system: it is made of multi-ton metal cars, piloted by people, and the consequences of imperfect movement range from damage to death. So we have traffic lights, and we have cars idling at traffic lights.

But with autonomous cars, the future doesn’t have to be that way.

Instead of traffic lights, researchers from MIT, the Swiss Institute of Technology, and the Italian National Research Council created an interaction system called “Light Traffic”. Here’s how it works:

So rather than traffic lights working as valves dictating which stream can flow, the cars themselves are adjusted, cleanly separated and passed along.

Besides turning every drive into a seamless act of choreography, less time spent idling means less emissions per trip, and shorter trips too, making cars slightly greener than they were before.