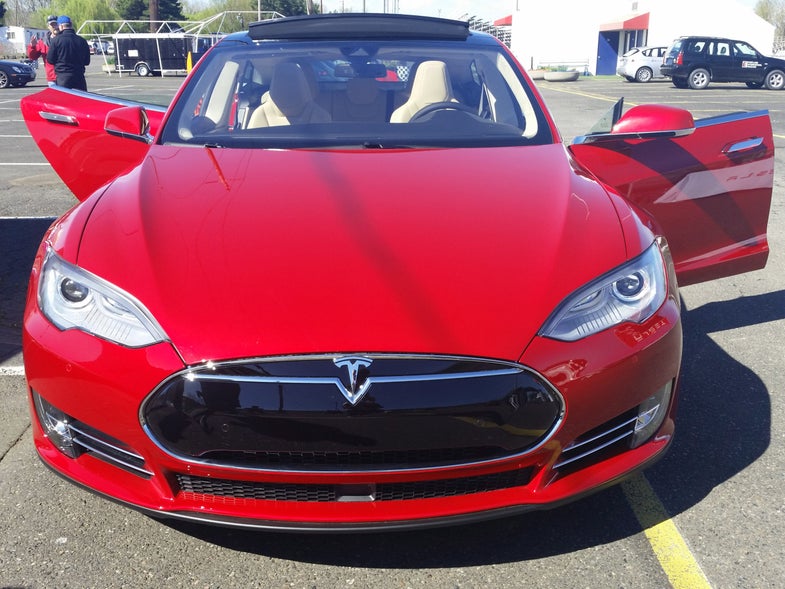 Last fall, Tesla Version 7.0 was sent over the air to Tesla Model S computers as they were sleeping snug in their garages. When the cars woke up, they had Autopilot features that assisted their humans with highway driving, particularly lane keeping, lane changing, and active cruise control features. Version 7.0 had the ability to scan for an open parking space and parallel park on command.

Now, Tesla Version 7.1 for the Model S and Model X has a feature known as Summon. This is the first Autopilot software to allow a Tesla to take over a driving chore without a human in the driver’s seat.

In January, when the beta was released, Tesla noted that when you got home, you could step out of your car and let the Tesla put itself to bed. It could open the garage door, drive into the garage, park, and shut itself down. The car could reverse the operation to greet you outside the garage in the morning. Sadly, no Jarvis-like robot arm from the Iron Man movies plugs the car in for a recharge.

Tesla recommended that owners try the Summon beta out in private settings, but now with the full rollout, it’s ready to show off in public. The same trick that it could do in beta – pulling into and out of your garage – it can do in tight parking spaces, like those in a public parking garage.

When you can’t (or don’t want to) maneuver around poles and long trucks to get into a space only to find you can’t open your door more than two inches, Summon can pull in for you while you stand and watch. And just like at home, it can pull out of the space when you come back.

While Summon’s range now is only about 40 feet, Tesla has big plans for it in the future. A blog post announcing the beta version in January said, “Eventually, your Tesla will be able to drive anywhere across the country to meet you, charging itself along the way. It will sync with your calendar to know exactly when to arrive.”