If only he'd tell us what it is 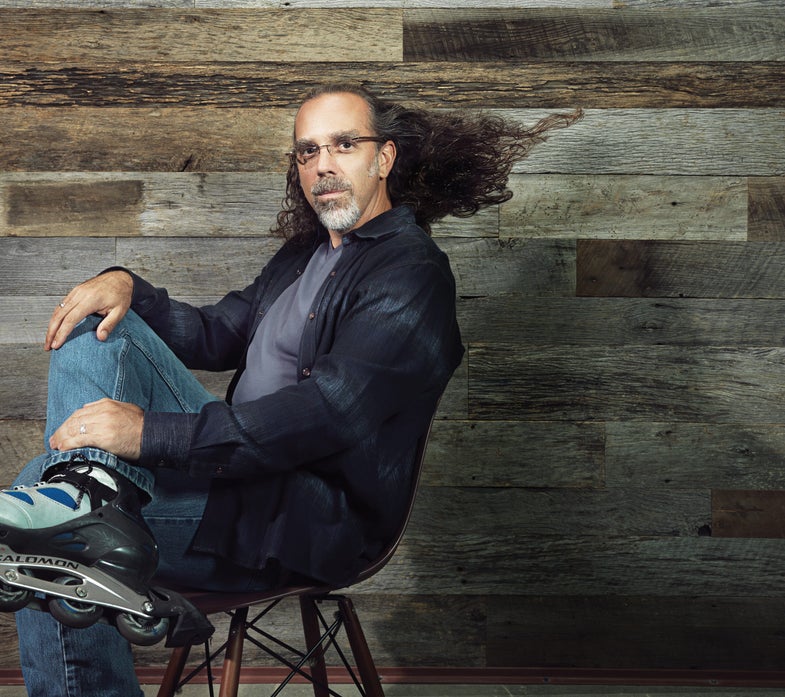 In August, Google made the surprise announcement that it was changing the company’s name to Alphabet. Under the new structure, the moneymaking advertising business was separated from its loftier moonshot projects such as Google Glass, self-driving cars, and Internet delivery balloons. Astro Teller, who heads Google[x], the division that oversees those projects, spoke to Popular Science days before the news broke. He talked about the skepticism investors have over long-shot projects, why such projects are necessary to Google’s survival, and how he culls the winners from the losers.

Popular Science: How do you vet moonshot ideas?

Astro Teller: We probably look at 1,000 ideas, for a few hours each, for every self-driving-car project we end up with. So it depends on where the project’s Achilles’ heels are. If it has only one Achilles’ heel, it can take a long time to find it. If it has many, you can find one quickly.

PS: Give me an example.

AT: Yesterday I was in a room with 30 people discussing a potential new project, and they were pitching their hearts out. And frankly, they had me excited. The idea had to do with the ocean. And they were telling me why it was going to be important. Eventually I said: “Look, I’ll give you three choices: Between sharks, storms, and pirates, which is the most likely to kill this project?” Everyone started laughing—not because I was kidding, but because that question sounds funny and yet was totally appropriate. I didn’t want to find out in a year from now this idea wasn’t going to work because of pirates.

PS: What was the idea?

AT: I can’t tell you. And I realize that’s why we’re often painted as a secretive organization. But that’s not our intention. I want to be able to kill projects as fast as possible with as little emotional baggage as possible. One of the rate-limiting issues of innovation is that people have a hard time killing their projects. So the more we are publicly committed to a project, the harder it becomes for us to kill it. If I tell you we’re making a space elevator or an anti-gravity machine, and then next week we find a flaw in the idea, people would resist ending the project partly because the public has gotten excited about it. So it’s not that we don’t want to share it with the public. We just want to be sure of our thesis before taking victory laps.

PS: Skeptics and Google’s own investors say these projects take too long and that they’re too future-forward. How do you respond?

AT: I’m not even sure what that means, “too future-forward.” That sounds like a compliment, not an insult. Our goal is not to produce immediate results. We’ve been tasked by Google with producing long-term results. Like all other parts of Google, we are held to the standard of producing value. But we still aspire to a strong return on investment. We don’t take on Google Glass or the self-driving-car project or Project Loon unless we think that on a risk-adjusted basis, it’s worth Google’s money. But that’s different from saying we have to produce liquid value by today or it’s all worthless. That’s not the spirit of long-term bets.

PS: What are you most proud of?

AT: It’s not any one project. It’s the factory. Our goal is to make a moonshot factory, to systematize innovation in an efficient and productive way— and to kill things when we have to. The truth is that most companies end up littered with a huge number of un-killed projects because there isn’t the culture in place, the belief structure in place that allows those projects to get ended quickly. Two days ago, we killed the largest project we’ve worked on here. It’s been going for more than two years and had 20-some people working on it.

AT: I can’t tell you. It was an unannounced project. And it’s good that we didn’t announce it, for exactly the reason I said [laughs].

1998 Graduated from Carnegie Mellon University with PH.D. in artificial intelligence