ISIS Shows Off A Driverless Carbomb

Not so much Tesla, more explosive 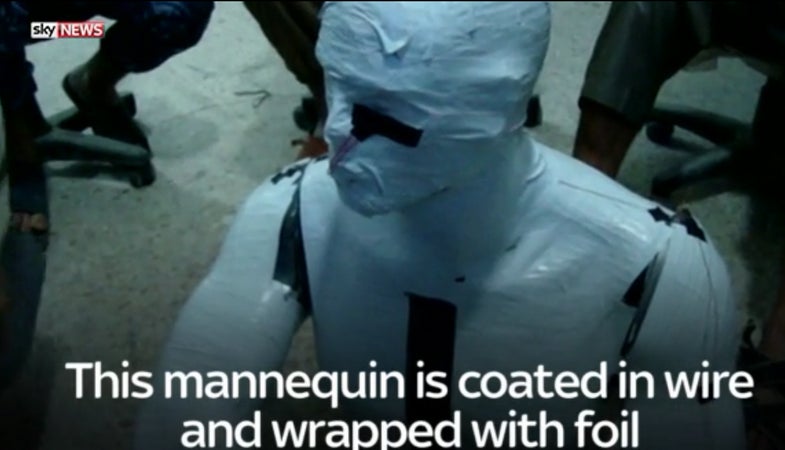 Driverless cars are supposed to be a sign of a tranquil future, where pleasant machines cart relaxed guests around, handling all the messiness of automobile travel. They’ve also long been the interest of the military, which through DARPA in 2003 challenged inventors to make a machine that, by itself, could navigate a 300-mile stretch between Los Angeles and Las Vegas. The goal was a technological solution to a messy problem from the insurgencies fought in Iraq and Afghanistan: convoys carrying supplies were frequently attacked, with lives often lost in the process. If resupply could be driverless, it would save lives.

Now, it appears, ISIS has created a driverless car with the exact opposite objective: remotely controlled, a driverless car bomb could be just as deadly as a suicidal one, and without the high cost of a fighter in the driver seat, too.

As reported by Sky News, ISIS has posted an instructional video on how to turn a car into a remote-controlled weapon. It includes remote steering:

A machine to hit the pedals:

And a foil-wrapped laser-eyed mannequin in the front seat to fool infrared cameras.

Sky News removed other parts of the video, to prevent copycats from learning some of the technical details. The technique struck me as similar to how the “Mythbusters” crew outfits a car for a stunt, only here the objective is mayhem and pain, not science. Car bombs, or in modern military parlance “vehicle borne improvised explosive devices,” are a key part of the ISIS arsenal. Iraq observer Joel Wing wrote that in the week of December 22nd to the 28th, Iraq saw 13 car bombs, the fewest since June. Previous campaigns have used about 50 car bombs a week. While the Pentagon may still estimate ISIS’s manpower at around 20-30,000 fighters, 50 drivers a week from June to December is loss of 1,200 fighters, which is a lot.

Replacing them with robots means that ISIS could preserve its manpower while at the same time continuing a campaign of terror across Syria and Iraq. Sometimes the future is garbage.