Google Gets a Patent for an Autonomous Delivery Truck

The truck could delivery anything anywhere, from packages to pizzas 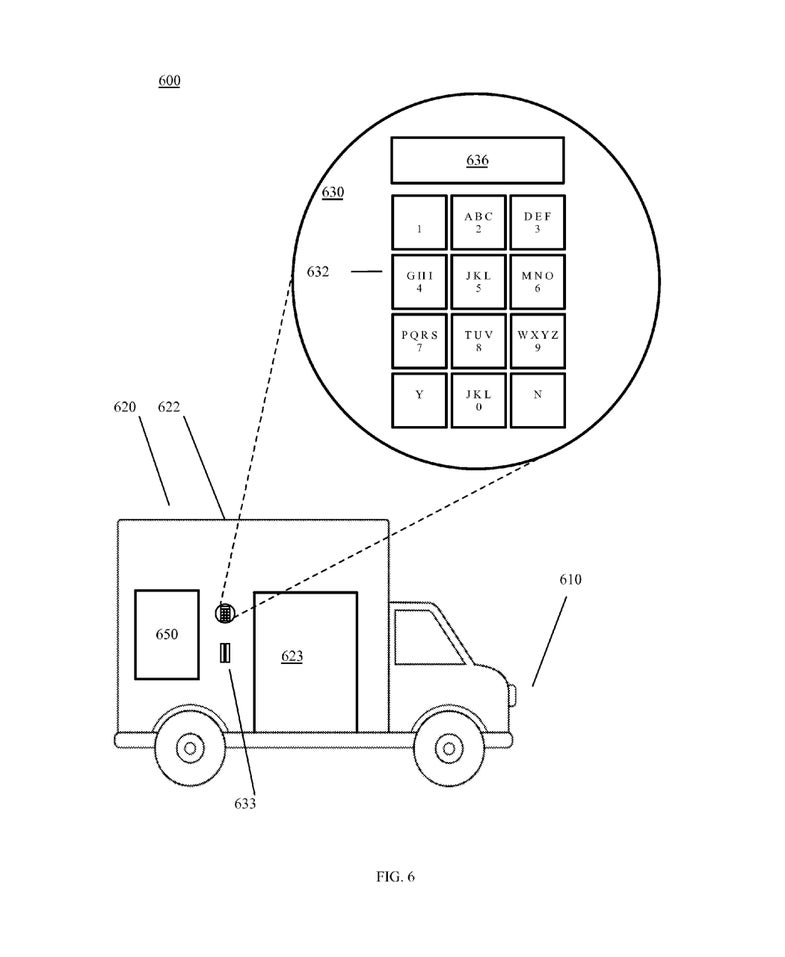 The 18 pages of Google’s recent US patent for an “autonomous delivery platform” aren’t as boring or as deeply technical as most patents—if you’re the kind of person who likes to read patents. If you’re not that kind of person, here’s the highlights of what the as-yet-to-be-built driverless delivery vehicle could do.

First, though, here’s what the patent doesn’t cover: the driverless technology itself. That technology is nearly old hat for Google, now that it’s got test cars that have totaled nearly 2 million miles of driverless driving.

This new patent covers everything else, from the kinds of vehicles that could deliver packages autonomously (cargo vans, minivans, panel vans, platform trucks, refrigerated trucks, and more) to the propulsion systems they might use (gasoline, electric, hybrid). The patent even gives examples of what could be delivered, from the obvious packages that you bought online to advertising circulars and even pizza.

Whatever shape the delivery platform takes, it will have locked compartments to hold your packages or your pizza. You’ll be sent a PIN that unlocks the compartment, and the truck will let you know when it’s near its delivery point. When the truck arrives, it will “dwell,” or linger, for a bit at the curb to give you time to throw a robe over your working-at-home jammies and come out to retrieve your package. These compartments could also be equipped with credit card slots or chip readers so you can pay for your pizza when it arrives.

The patent specifically states that these vehicles could replace the “last mile” delivery trucks that go from, say, your neighborhood post office or FedEx office to your house. But since the trucks can pick up packages as easily as they can deliver them, there’s also an opportunity to use them as couriers. Order a pick up at your office with a roving delivery truck and place a box of business cards in the compartment. Prepay there at the truck and send the retrieval PIN to the new hire across town, who receives her cards as soon as the truck can make it through traffic, which by this point is probably also autonomous.

Google notes that “the two largest commercial delivery services in the US operate over 100,000 last mile vehicles—each of which requires a human operator.” Google expects that autonomous delivery vehicles will increase the efficiency of those last-mile operations as shipping demand increases, thanks to our late-night internet shopping sprees. Well, the patent doesn’t say anything about our insomniac shopping habits, but we know.