With a clattering of glass and a burst of non-alcoholic champagne, DARPA Director Arati Prabhakar will usher in a new age of Navy seafaring. Today in Portland, Oregon, she is going to christen the first of DARPA’s ACTUV submarine hunting ships for the U.S. Navy. Soon, bestowed with the unsubtle name “Sea Hunter,” the vessel will go forth into the ocean, carrying a crew of exactly zero humans.

It’s the dawn of a new era for the navy. ACTUV, short for Anti-Submarine Warfare Continuous Trail Unmanned Vessel, is 130 feet long and autonomous. We’ve seen glimpses of it before, and watched tests as it hit the water. 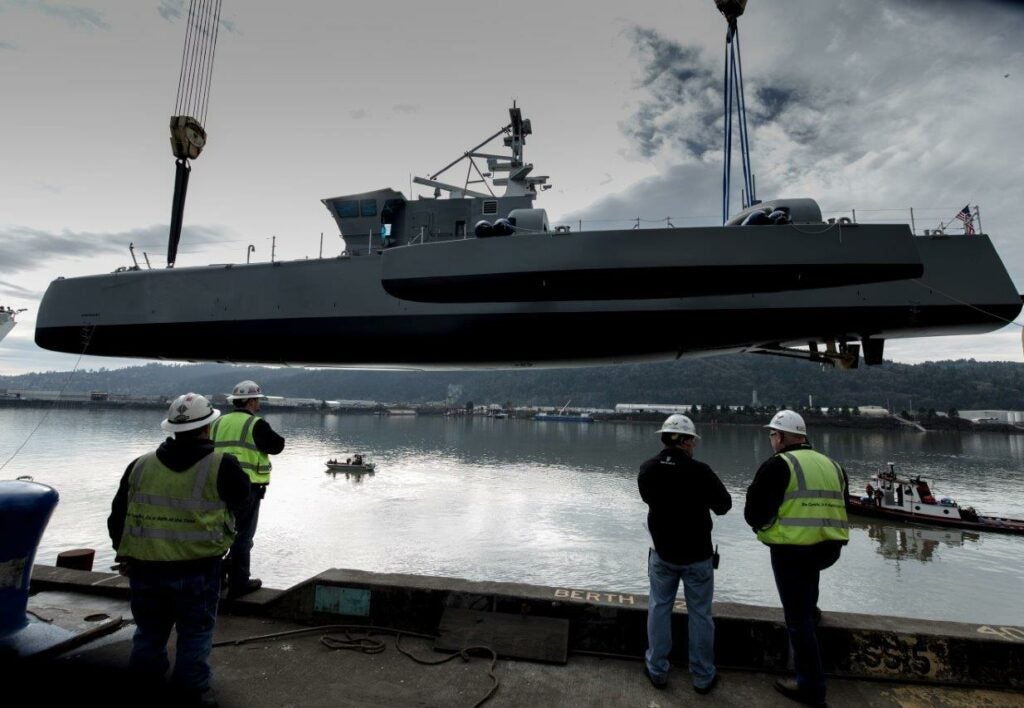 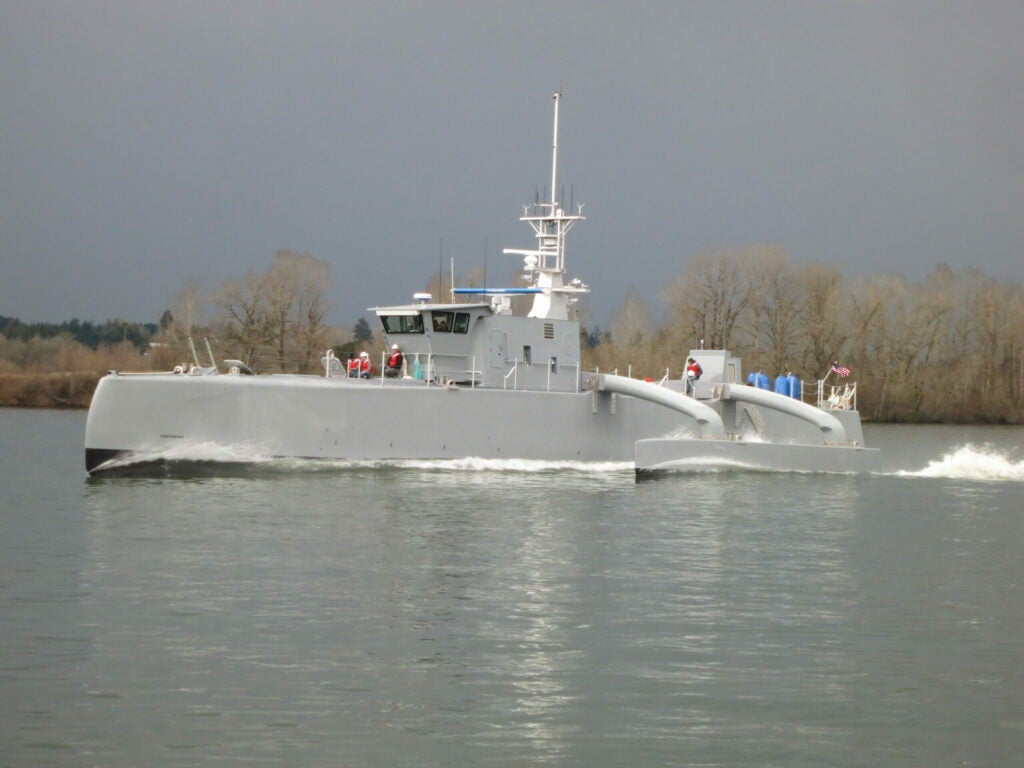 ACTUV During Speed Tests On Water

Row, row, row your robot, gently down the stream.

Fully loaded, Sub Hunter weighs roughly 325,000 pounds, and has a maximum speed of 31 mph. The ship is mostly autonomous, though it can instead be controlled and piloted remotely by a sailor, if the situation requires. 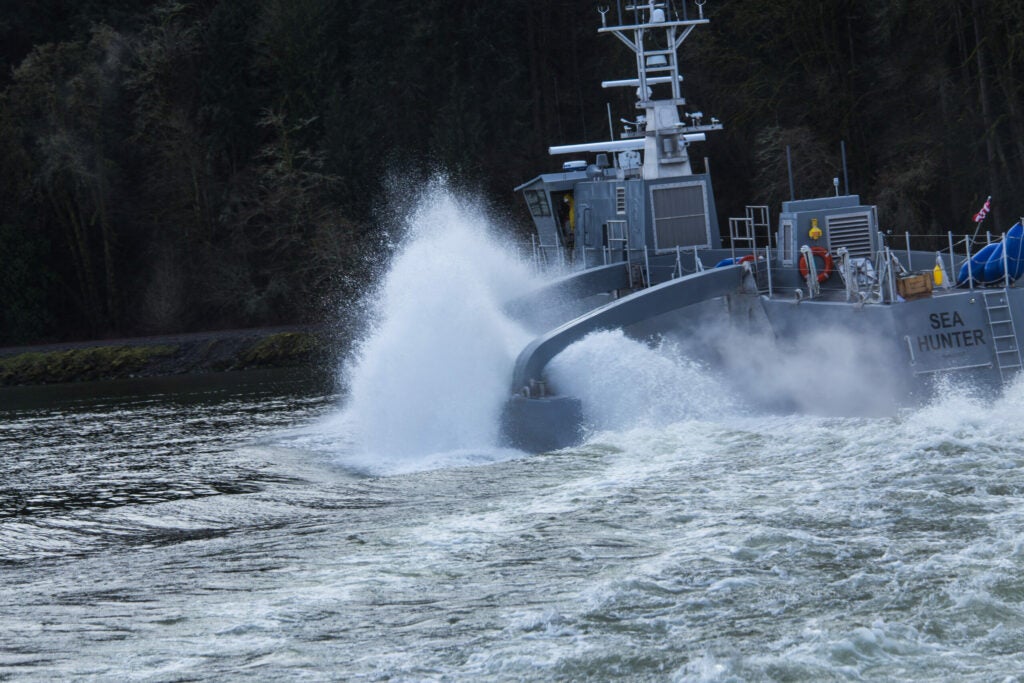 While not designed to carry a crew, parts of the ship are human accessible for maintenance, and it has life preservers on board to at least give it the appearance of a human-crewed vessel.

It’s also the dawn of a new era for the navy. The Sea Hunter is designed to track and follow submarines, even hunting in pairs. It is, very explicitly, unarmed. In the future that may not always be the case, and it’s not too hard to image naval conflicts years or decades from now between unmanned boats hunting unmanned submarines, while humans remotely direct their movements from bunkers on land far away.

Watch it maneuver below, and gaze forth onto the tides of botness.