The new Checkmate fighter jet may have been the star of a recent arms show, but drones that can carry 2,200 pounds could be crucial parts of war logistics. 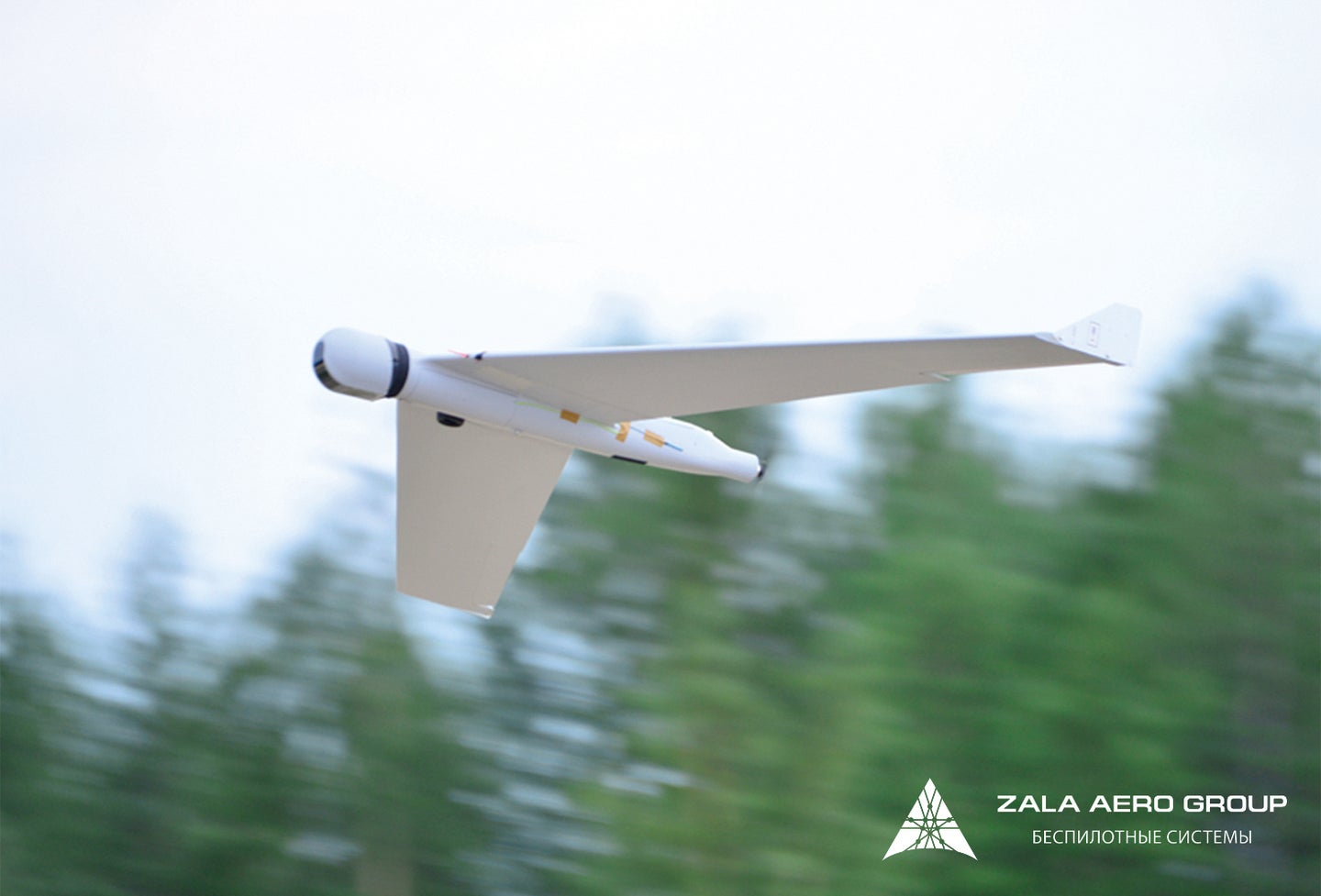 A drone from the Zala Aero Group. Zala
SHARE

Rostec, the massive Russian defense corporation, announced at the annual MAKS-2021 arms show in late July that it wants to make a better fleet of cargo drones, including one capable of carrying up to 2,200 lbs.

The announcement was overshadowed, like every other development on display at the show, by Checkmate, a new single engine stealth fighter jet designed all but explicitly as a counterpart to the US-led F-35 that’s filling out the inventories of NATO countries.

Nations do not win wars through stealth fighters alone, even if they are the flashiest pieces of equipment on a showroom floor. The cargo drones announced by Rostec exist in the shadow of the jet, yet they’re an essential part of how militaries will fight in the future. That’s because before a military can fight, it has to bring its supplies where it needs them. For initial attacks, this is easier, as the lines of logistics are clean, and planned out. When it comes to resupply, where every pound of ammunition or rations can make the difference between survival and collapse, it is harder. Cargo drones could help with that.

Rostec is already invested in smaller cargo drones. The VRT 300, which debuted at MAKS in 2017, can carry up to 154 lbs. At the show this year, the company announced the BAS-200, which will carry 110 lbs. Loads like these can help in a pinch, especially with compact life-saving cargoes, like medical supplies. But getting drones to work as regular resupply vehicles means increasing that payload capacity.

Building on the BAS-200, Rostect plans a version that can carry up to 440 lbs next, to then be followed by the drone capable of hauling 2,200 lbs. Should Russia get there, it will have a drone capable of not just last-minute delivery of vital essentials, but of doing the long-haul work that makes resupply by air possible.

[Related: Russia’s new stealth fighter is a bargain worthy of a Bond villain]

For a few years in Afghanistan, the US Marine Corps operated two K-MAX helicopters to autonomously carry cargo. With a payload of just under 7,000 lbs, the two drone helicopters managed to deliver a total of 3.2 million pounds. That’s the kind of haul that can sustain operations, though it is worth noting that Marines relying on the helicopters were also resupplied by more traditional cargo trucks.

Developing cargo drones means not just building a domestic military capability, but also one that can be marketed to other countries. Dmitry Shugaev, who heads Russia’s office responsible for managing military technology sales abroad, said at the expo that Russia is aiming to capture 10 percent of the international market for drone sales.

That Shugaev set the expectations at 10 percent is a sign of how already crowded the market is for drone exporters. “Russia’s claim of capturing 10 percent of the global drone market is aspirational— considering that they themselves admit that while they were developing their current lineup, the international market was divided up among the major drone powers of today like US, China, Israel and now Turkey,” says Samuel Bendett, an analyst at the Center for Naval Analysis and adjunct senior fellow at the Center for New American Security. “There is interest there from countries seeking Russian expertise and technology [and the] question is if it would translate into actual sales.”

Beyond the Checkmate and the cargo drones, this technology includes a range of vehicles and weapons on display at MAKS. One such craft is the ZALA VTOL drone, an adaptation of the existing ZALA fixed-wing scout drone that adds four rotors so it can take off and land like a quadcopter. The VTOL rotors are detachable, allowing users to determine on a mission-by-mission basis if a longer flight time is more valuable than a vertical landing.

Other vehicles for the export market included the Predator-esque Orion drone, which boasts an endurance of up to a continuous day of flight and surveillance. Long-lasting high-altitude surveillance is a major feature of how nations like the United States use modern drones in war, and so it makes sense as an export product, too. The Orlan-10, a much smaller catapult-launched drone portable by truck, was also on offer for countries looking for more battlefield reconnaissance instead of theater-wide surveillance.

Transporting cargo, finding enemies, and letting troops know which routes are safe or hazardous are all parts of a comprehensive approach to war. It is easy to overlook all the other functions of a military while attention focuses on an eye-catching jet, but wars are fought with mundane tools as well as exceptional ones. For people fighting in the field, a meal delivered by cargo drone is clearly as much a part of the war effort as a jet overhead.