Today's total solar eclipse will graze northern Australia before casting its shadow across the Pacific Ocean. But you don't have to miss the show. Watch the event live from island-based video streams. 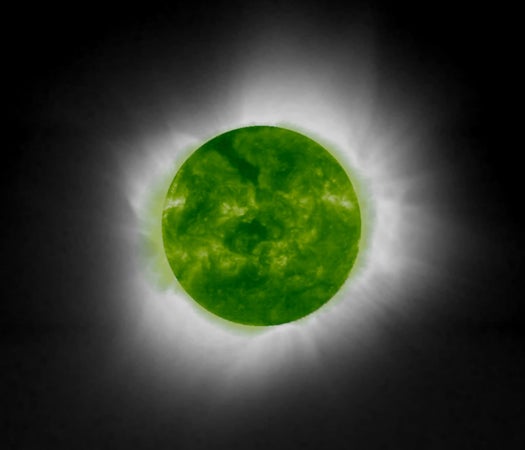 The skies across northeastern Australia will go dark around 2:44pm EST today. That’s when the moon will slide in front of the sun and cast a deep, circular shadow on the Earth.

It’s the total solar eclipse, of course, and this one will achieve inky-black totality as it drifts toward the middle of the Pacific Ocean — where almost no one will see it in person.

C’est la vie? Not really. A few clever nerds are barnstorming the region with telescopes, video equipment, and astronomical lineups of guests, which they’ll use to live-stream the eclipse.

So if you’d like to procrastinate from work, and learn a thing or two about astronomy, look below for a live Google+ hangout hosted by the folks at Slooh, who run a network of robotic telescopes positioned around the world. Guests will include Slooh founder Patrick Paolucci, heliophysicist Lucie Green, astronomer Bob Berman, and more.

In case that feed fails, check out NASA’s partner feed, by Eclipse Cairns Australia. NASA also has the ridiculously precise details on this total eclipse at their website, including the map of the eclipse’s full path (below).

The eclipse begins promptly at 2:44pm EST and ends around 4:39 EST. 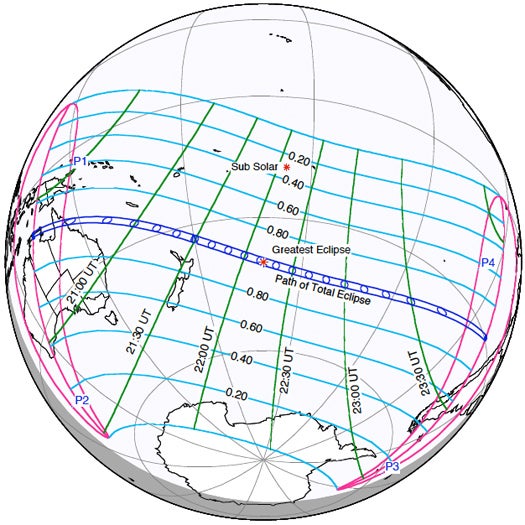 Where the shadow of the Nov. 13, 2012 total solar eclipse will fall on Earth.