The Aston Martin DB5 that made its first James Bond cameo in 1964's Goldfinger gets bullet-ridden and blown up in the new movie Skyfall. Except not really. 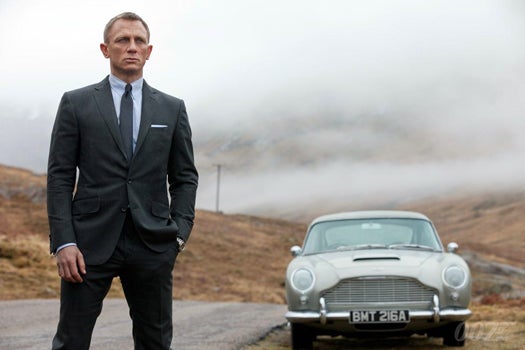 In the new James Bond movie Skyfall, the Aston Martin DB5–a rare but staple race car in the spy fiction series since 1964–explodes into smithereens. We’ll spare you the cinematic details, but take heart, auto aficionados. The real DB5 is safe.

A Bavarian 3-D printing company called voxeljet made three meticulously accurate 1:3 scale models of the classic vehicle, layer-by-layer. Each fake car (below) is made of 18 transparent plastic parts printed out of PMMA by voxeljet’s high-end VX4000 printer, a machine that can make objects as large as 13 feet by 6.5 feet by 3 feet.

From there a British prop-making company called Propshop Modelmakers assembled the models and applied realistic finishing like paint, chrome polish, and even bullet holes to match different car chase scenes in Skyfall.

Only 1,021 real Aston Martin DB5s were manufactured between 1963 and 1965, and the cameo car in the James Bond movie Goldfinger was recently valued at $2.6 million.

The models themselves aren’t cheap, either. Although one of the models met a fiery end, another sold for $99,041 at a Christie’s auction. 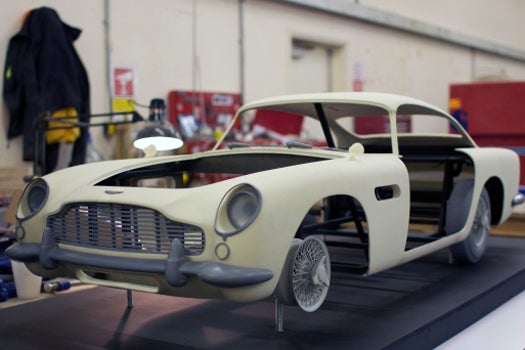