The Science Behind 4 Of The Greatest Polymers Of All Time

Just because something is old doesn’t mean it isn’t still awesome! 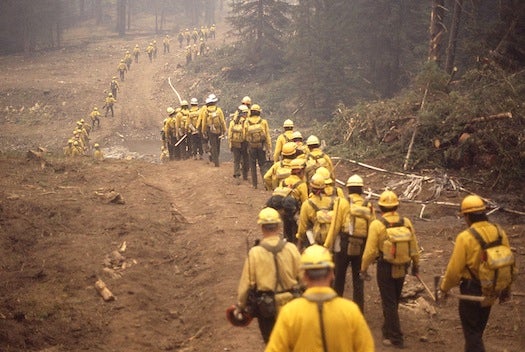 Here at PopSci, we usually focus on the newest innovations in science and technology. But many past innovations in polymer science–the study of plastics and other similar materials–are still relevant and deserve recognition. They’ve saved lives, kept babies dry and made huge shark observation tanks possible. Some have tradenames that have gone on to represent an entire class of product, such as Kevlar. Others lurk in obscurity. Here are some of the most important materials and a glimpse into how scientists designed them to work their magic.

Polymethylmethacrylate is a very versatile polymer. If you ever see a clear plastic block, it’s probably PMMA. It was first commercialized in the 1930s in Germany, and is now found anywhere one needs clear, strong material. This includes bulletproof “glass” at your favorite corner liquor store and the huge shark tanks at the Monterey Bay Aquarium. But my favorite use of PMMA is in so-called “frozen lightning” or Lichtenberg figure sculpture. Basically, put a chunk of PMMA into an electron accelerator, fire a bunch of electrons into the plastic until it’s got about two million volts of charge, then touch the side of the plastic with a bit of wire and watch as bolts of lightning carve tracks inside the clear plastic.

Back in the day, diapers were made from cloth. Frequently, those cloth diapers were filled with wads of natural absorbent fibers. Then polymer scientists discovered in the 1960s that they could make hydrogels like polyacrylic acid that absorb many times their own weight of water. It took about two decades, but polymer superabsorbers debuted in diapers in the mid-’80s. Superabsorbers are sometimes (but not always) polyelectrolytes, meaning that the side groups on the polymer chains are positively or negatively charged. That helps the chains associate with polar liquids like water.

Kevlar and Nomex are two polymers that belong to a class of compounds called aramids–aromatic polyamides. Aramids have particularly strong chemical bonds, and materials scientist exploit that strength when creating impact and fire-resistant fibers from the polymers. For example, Kevlar fibers are especially strong because all of the polymer chains align, one right next to the other, during fiber spinning. Nomex has a slight kink in the polymer chain, which means that fibers made from it cannot line up perfectly, and thus will be slightly weaker. Both are relatively fire-resistant, but Kevlar’s strength can stop bullets. In addition to bulletproof vests, Kevlar shows up in snare drum heads. Nomex is used in fire-fighters’ protective gear.

Shrinky Dinks are awesome. Color some strips of plastic, pop ’em in the oven and watch them fold up onto themselves. It turns out that these rainy day items are made from the same polymer as Styrofoam cups: polystyrene. Polystyrene, which was first commercialized in Germany in 1931 (styrofoam wasn’t developed until 1954 in the United States), is a very versatile polymer and millions of tons of it are produced annually. A Shrinky Dink starts out as a sheet of polystyrene that has been pressed and flattened while close to the melting point. This forces the polymer chains to stretch out and line up. The sheet cools and the polymer chains are frozen into place (think of it as stretching out a Slinky and holding it). When you throw a Shrinky Dink in the oven, the polymer sheet warms up, and the polymer chains start to move around. When hot enough, all of the polymer chains coil back up, making the sheet of polymer shrink, just like a Slinky will pull itself together when you let go. Scientists at Northwestern University recently took advantage of that property to create nanopatterned surfaces. To get structures really, really close together, they used the stretched polystyrene and printed dots on the surface. Then they heated up the sheet, which shrunk, creating a very high-density array of dots.