China Is Building A Brand New Green City From Scratch

Chengdu Tianfu District Great City is supposed to be a prototype that can be replicated elsewhere throughout China. The entire city will be built from scratch on farmland near Chengdu, China. © Adrian Smith + Gordon Gill Architecture
SHARE

A tiny pocket city built from scratch next to a crowded urban center could alleviate some of China’s crowding and pollution problems. A Chicago-based architectural firm designed a master plan for the city, which will be built within eight years and host 30,000 families, or roughly 80,000 people.

Chengdu Tianfu District Great City will connect via mass transit to Chengdu, a megalopolis of 14 million in southwest China. Adrian Smith + Gordon Gill Architecture says its planned city will use 48 percent less energy and 58 percent less water than a conventional city with the same population. It’s designed to be self-sustaining and environmentally conscious, using waste summer heat to provide winter heating. A power plant will use co-generation technology to provide both electricity and hot water.

Great City will cover just 1.3 square kilometers, or 0.5 square miles. This is about 245 football fields of space. That is not a ton of space for 80,000 people. And that’s the idea–everything is supposed to be so close that you can walk anywhere within 15 minutes.

Here’s a breakdown of land use:

Within the urbanized area:

The focus on open space is a nod to the Chengdu Plain, where Chengdu is located. The farmland is so fertile it’s known as s the “Country of Heaven” or “The Land of Abundance,” says Wikipedia.

Gordon Gill, one of the architects and firm partners, said a main goal was keeping residents connected to nature. “We’ve designed this project as a dense vertical city that acknowledges and in fact embraces the surrounding landscape–a city whose residents will live in harmony with nature rather than in opposition to it,” he said.

The high-density city is designed to be a prototype, which could conceivably be replicated anywhere else in the country. It’s supposed to start construction later this fall. 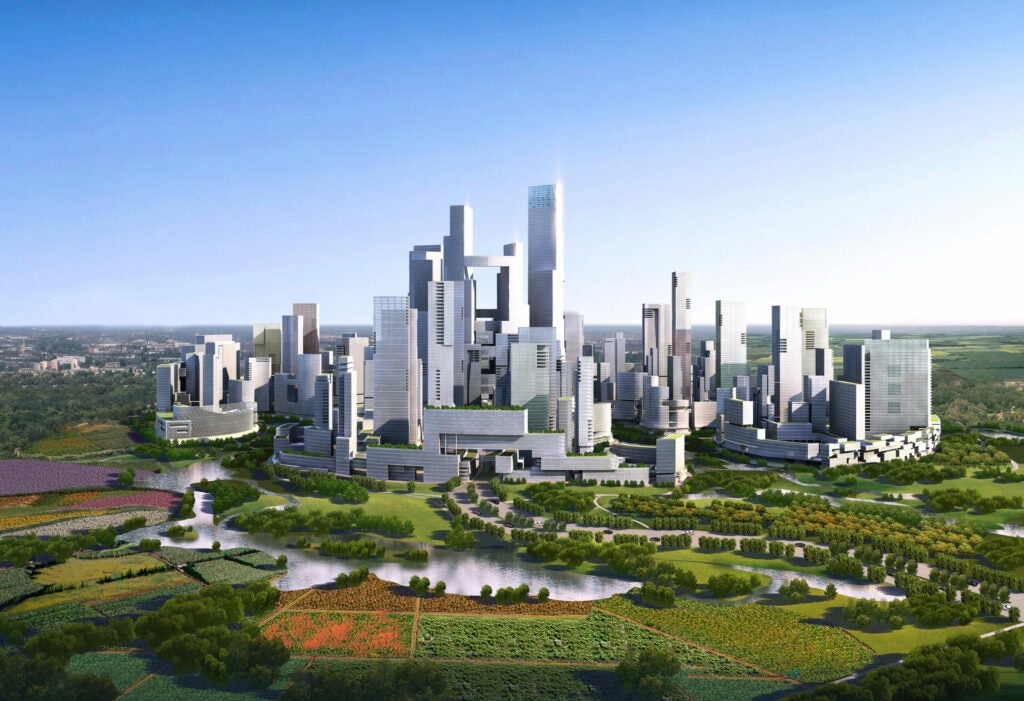 The entire city will be built from scratch on farmland near Chengdu, China. 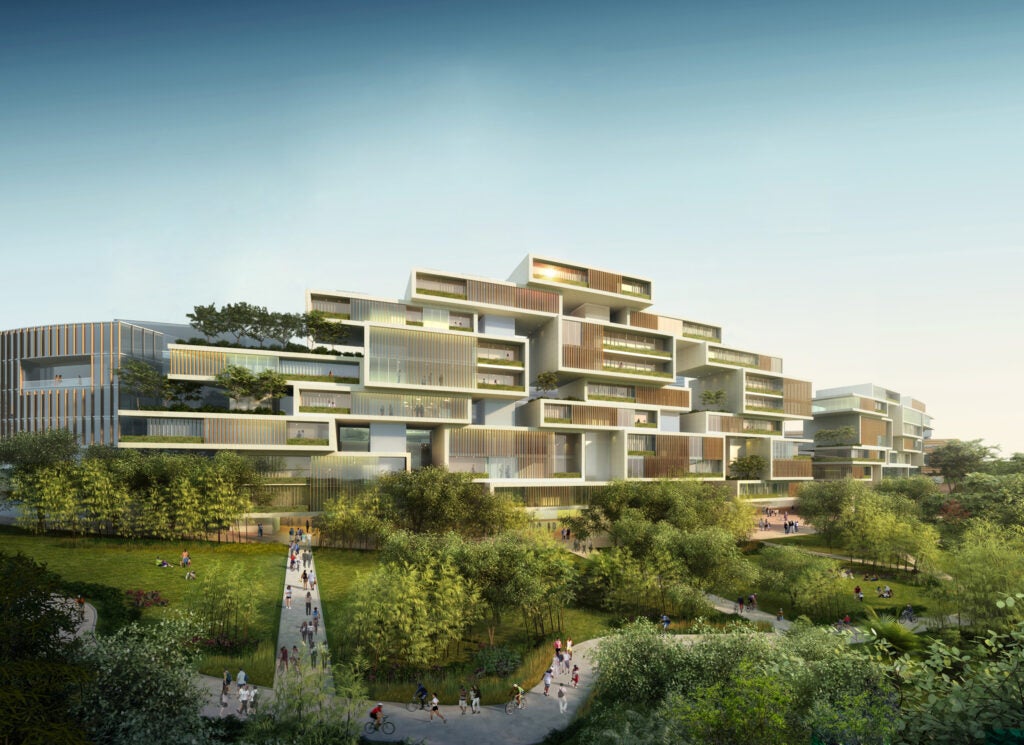 The city’s buffer zone has a clear edge, from which the city center can be reached on foot within 10 minutes. It has a network of trails and electric shuttles for people to get around. 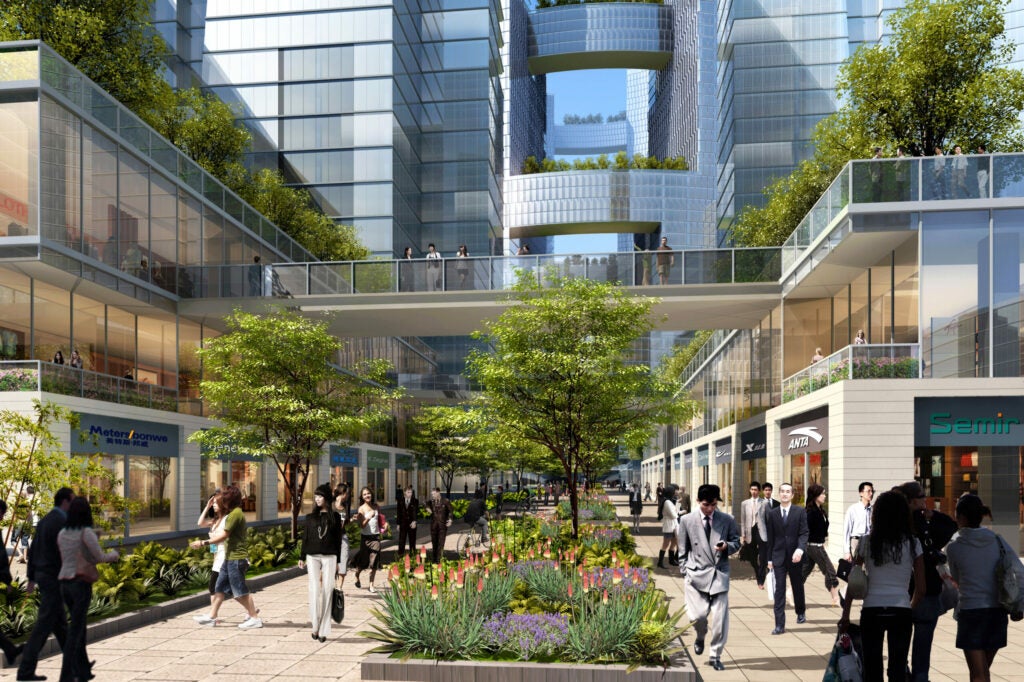 The planned city also has a development program, which aims to cultivate commercial, residential, office and manufacturing space. There will also be a medical campus, which the designers say is intended to help young married couples living with extended families–which can often include two sets of grandparents. 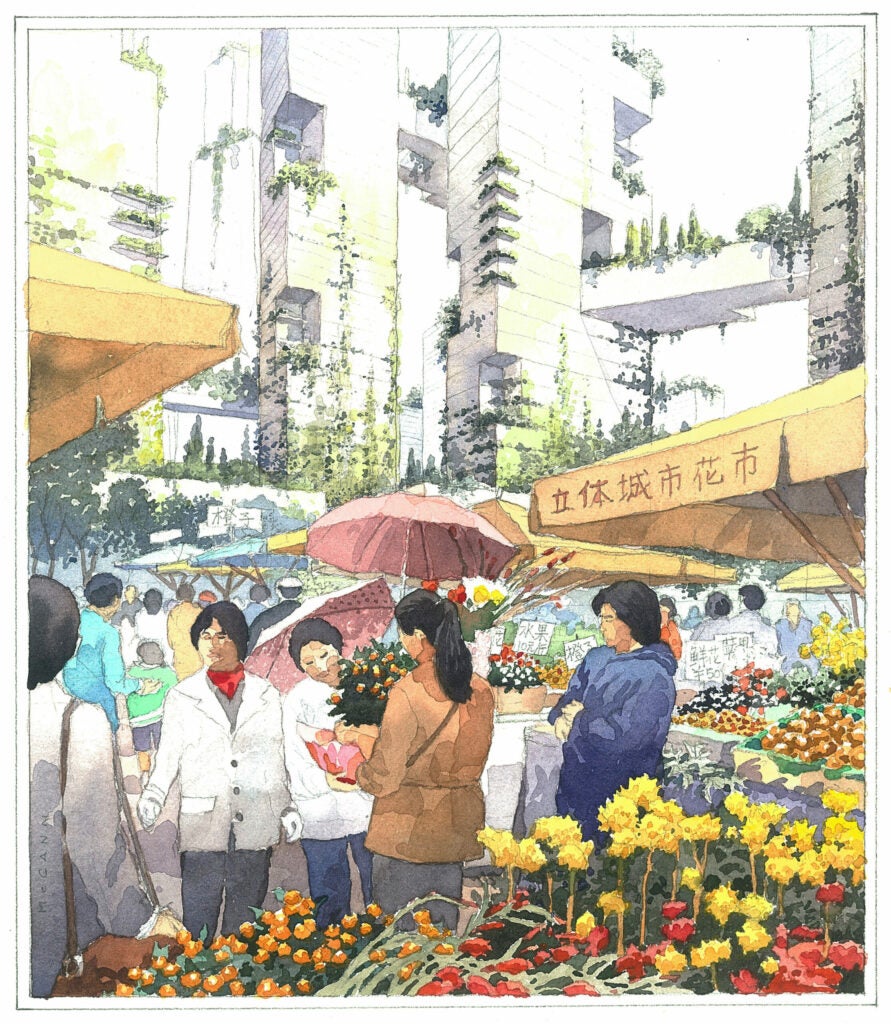 Only half the roads in Great City will be allocated to cars, which might not be necessary anyway, because everything will be so close together. All residential units will be within a two-minute walk of a public park, according to AS+GG. Architect Robert Forest, a partner at the firm, said China is in need of dense, mixed use urbanism–“For the first time in China’s history, more people live in cities rather than rural areas,” he said in a statement. 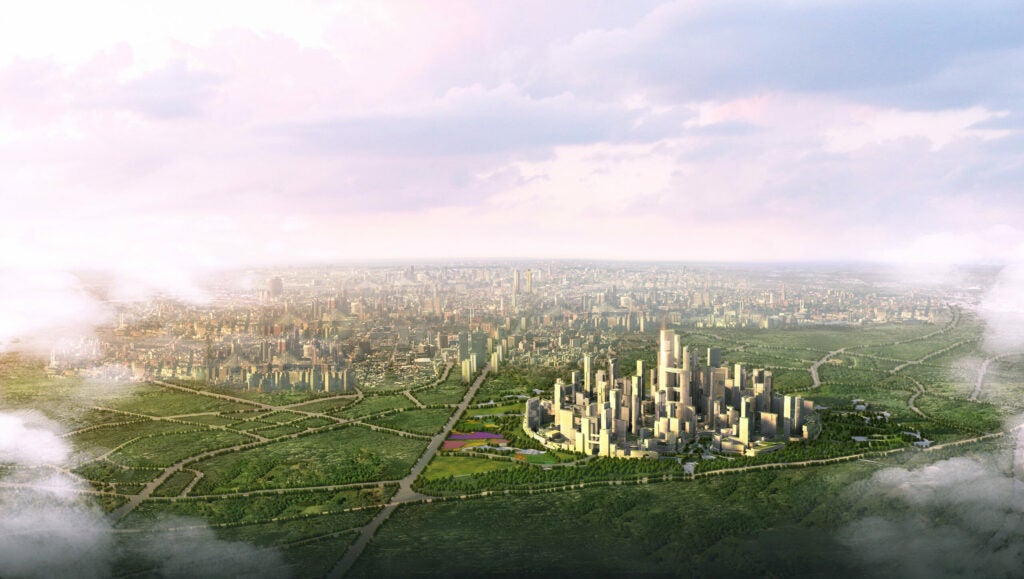 The city is designed to conserve as much existing farmland as possible. It will produce 60 percent less carbon dioxide than conventional cities of the same size, and a whopping 89 percent less landfill waste, according to AS+GG. People will still be able to access other cities using a regional transit hub.
architecture
Asia
china
cities
future of cities