Can it sink aircraft carriers? 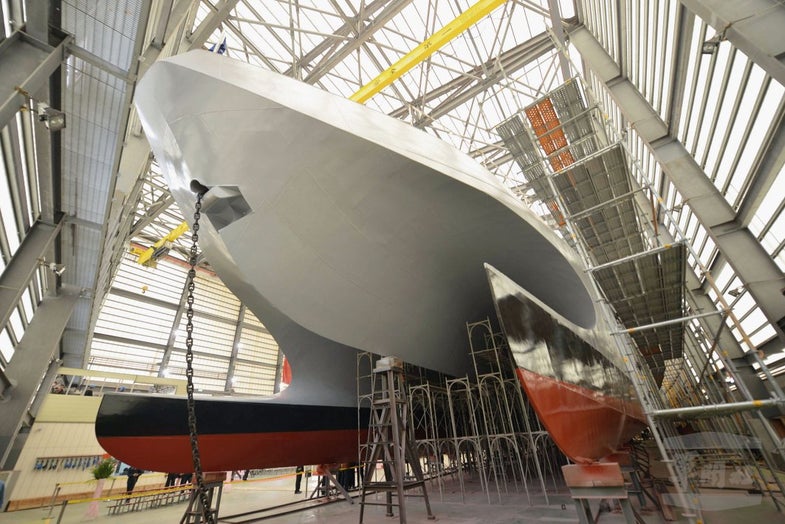 The Tuo Jiang can go up to 44 miles per hour, and it has a range of 2,300 miles. It’s almost 200 feet long by 45 feet wide. The two-hulled design makes it a catamaran, and the ship’s combination of odd angles and flat surfaces give it a low radar profile, like that of the U.S. Navy’s Zumwalt destroyer. The ship is also reportedly built using special radar-refractive materials that make it even stealthier.

On the forward bow, the Tuo Jiang has a 76-mm rapid-fire gun, primarily for shooting smaller boats and incoming missiles. The Tuo Jiang will fight primarily by missiles. The class is reportedly designed to carry up to eight Hsiung Feng III supersonic anti-ship missiles, each of which can travel more than 80 miles to hit their target. The stealth and range of the Tuo Jiang class make it a threat to mainland China’s growing fleet of aircraft carriers.

Taiwan plans to build 12 of the Tuo Jiang class missile corvettes, with the eponymous vessel expected to deploy in early 2015. The class, designed by Taiwanese shipbuilding company Lung Teh and using a natively built missile, could also become a military export for the country, helping it secure allies against growing Chinese Pacific influence through cheaper countermeasures.