Chinese military watchers everywhere have another clear sign that China is building its first indigenous aircraft carrier, the Type 001A... 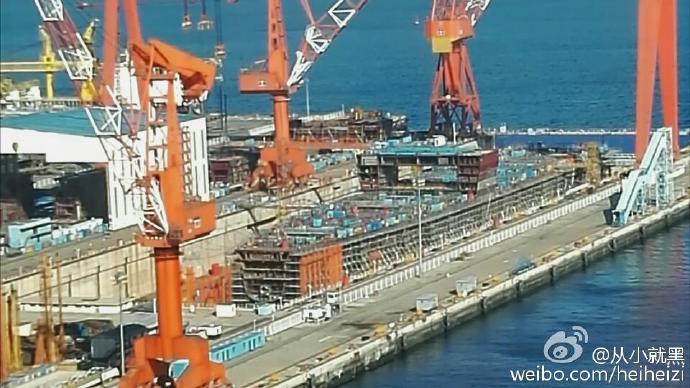 By late October 2015, with the installation of the 7.5 meter tall hangar below the soon to be flight deck, it's pretty certain that this hull is going to be China's first domestically built aircraft carrier. heiheizi via Weibo
SHARE

Chinese military watchers everywhere have another clear sign that China is building its first indigenous aircraft carrier, the Type 001A “17”. 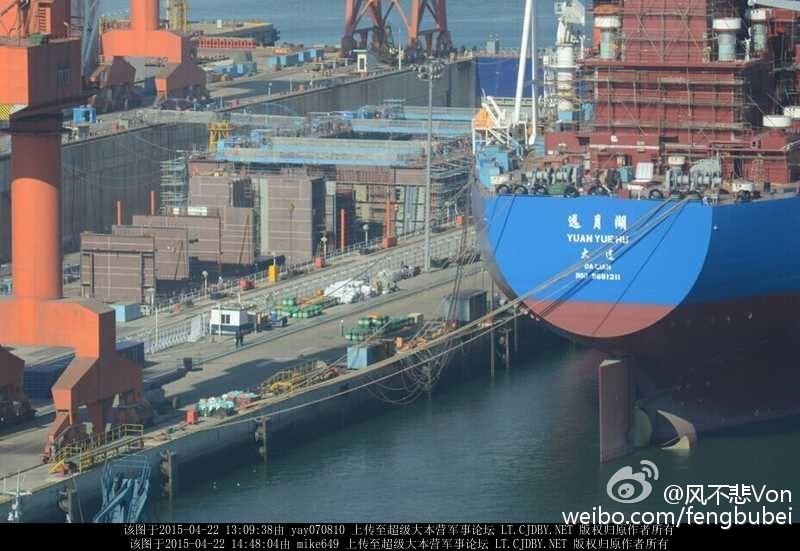 In April 2015, Chinese military enthusiasts on the Internet noticed that Dalian Shipyard (which has refit the ex Soviet Varyag into the Liaoning) had dedicated a shipyard to building a large (60,000-70,000 tons) hull, likely military, with extensive compartmentalization.

The hull in the Dalian Shipyard,with its high number of watertight bulkheads and compartments, has long been the subject of speculation due to its resilient construction and the prominent “no photography” signs around its drydock. In photos that appeared on Oct 24, the shipyard installed a module on top of the hull, with a clear 7.5 meter high, 27 meter across room, which is almost certainly a hangar for aircraft. The new photos provide further visual evidence in the open source domain that leave little to debate that China’s aircraft carrier program is moving forward. 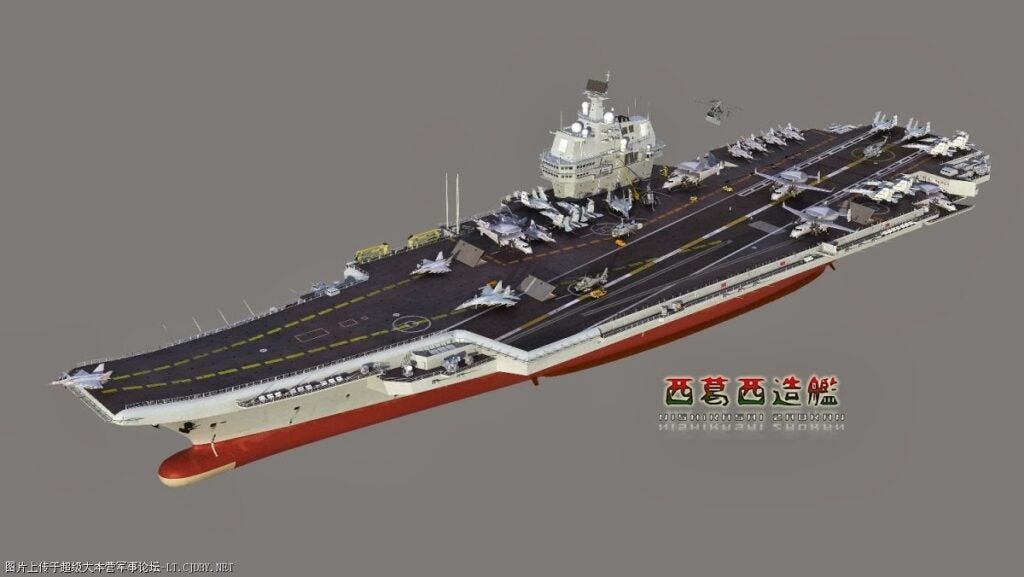 The Type 001A aircraft carrier, “17”, is projected to feature incremental improvements over the original Liaoning, such as a redesigned island superstructure, as well as newer radar, increased automation and greater storage space (some fan art like this CGI, show it with waist catapults to launch heavier aircraft).

Aircraft carrier number “17” is likely to be 65,000 to 70,000 tons in displacement, have forward located ski-jump to launch figthers, and carry about 36-48 aircraft, a combination of J-15 Flying Shark fighters and Z-8/Z-18 helicopters. That’s similar in size to “16” Liaoning, China’s Soviet designed and built aircraft carrier or newer programs like Britain’s HMS Queen Elizabeth class aircraft carrier presently under construction. “17” will feature automation to reduce crew size, increased fuel and ammunition storage, and a smaller island superstructure, making it far more capable than the Liaoning. 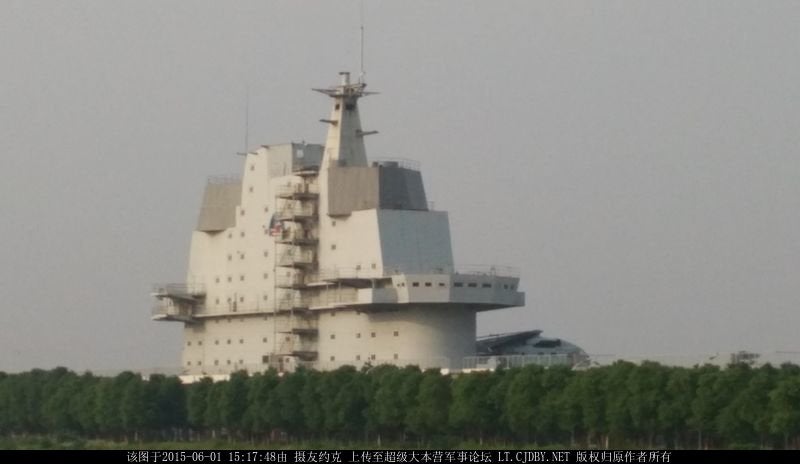 Even the land based carrier test mockup in Wuhan is getting a make over for “17”, with modifications to install new radars and communications gear.

If all goes to plan, “17” will be launched in the second half of 2016. At this stage, it would receive its name, most likely the name of a Chinese province or national level municipality. It would likely to be commissioned in 2019, thus doubling China’s aircraft carrier capacity for theaters from the First Island Chain all the away to Africa and Latin America. As the PLAN gains more naval aviation experience from the Liaoning and “17”, its fleet will then move on to more capable future aircraft carriers, like the planned catapult-equipped Type 002 and nuclear power Type 003.

Is this a Model of China’s Next Aircraft Carrier?