A floating black box and more 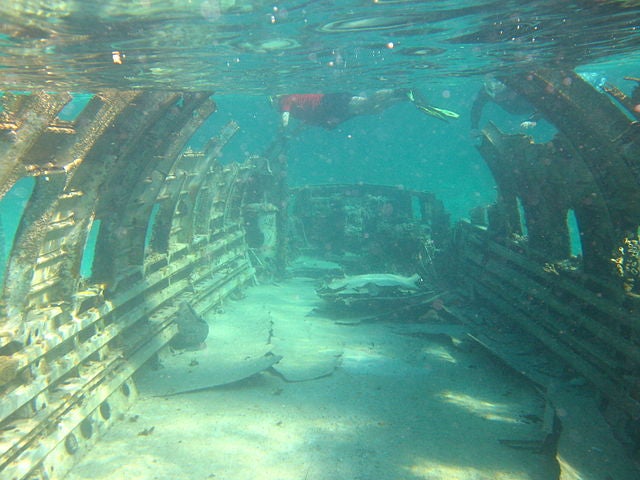 As the weeks-long search for Malaysia Airlines Flight 370 has demonstrated, the tools currently used to find lost aircraft are badly in need of updating. When an airplane crashes at sea, it can be torn apart and separated across the vastness of the ocean, with currents taking parts one way, wind blowing parts another way, and the sheer depth of the sea swallowing up many more. In addition to finding the airplane itself, investigators hoping to learn why a plane crashed must locate the plane’s flight data recorder, or black box—a search that is hampered by woefully antiquated technology.

It wasn’t until two years after Air France Flight 447 crashed into the Atlantic Ocean that French investigators found the black boxes that contained flight data and voice recordings from the cockpit. This patent, filed in the year after the Air France crash and made public during the search for Malaysian Airlines Flight 370, would separate the black box from the plane after an underwater crash.

In Marc T. Angelucci’s design for an “Automatically Ejecting Flight Data Recorder,” the black box is attached to a flotation device and put in a compartment that opens directly to outside the plane. When the plane crashes in water, the cover opens and a compressed gas ejects the black box. The data recorder then floats on the surface of the ocean, where recovery is more likely. 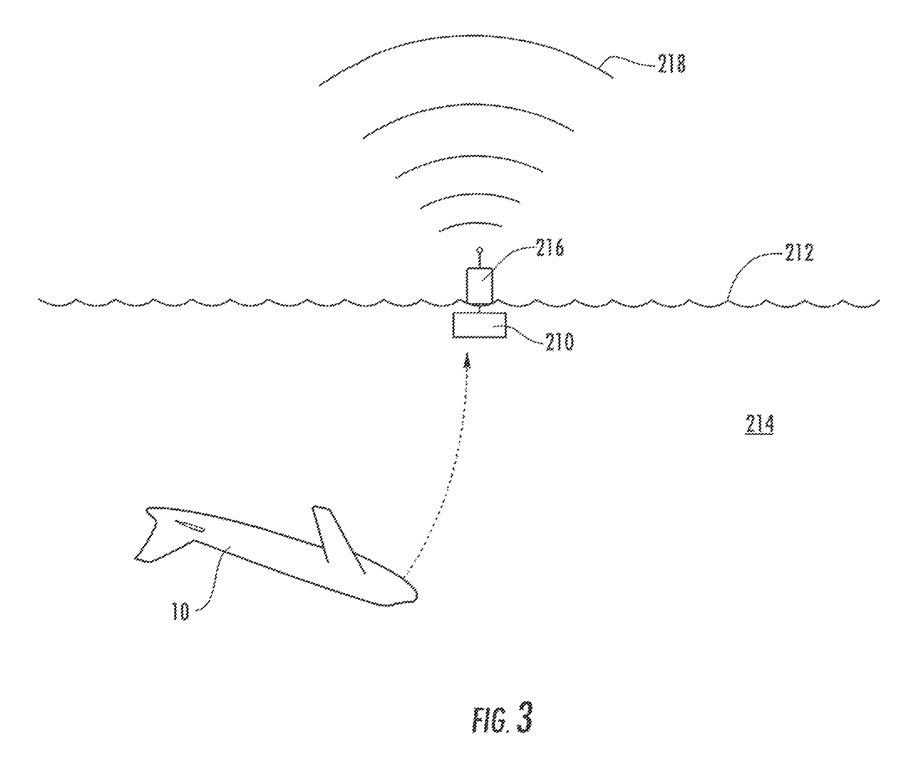 Here we see the black box ejected from a sunken airplane.

Granted just four days before Malaysian Airlines Flight 370 went missing, Laurence Mutuel and Benoît Couturier’s “Method and device for assisting in the locating of aircraft” patent for multinational military defense contractor Thales aims to solve the problem of losing an airplane outside of radar coverage. This is typically an issue that occurs over the ocean, but it can also happen in poorly covered parts of the Americas and Africa. The “method and device” patent would augment radar data with the closest thing the skies have to crowdsourcing—information from other airplanes.

How it works: The first airplane sends out an identifier and a time-stamped location reading to at least one other airplane in the sky and communication range. When the second airplane lands, it downloads these time-stamped identifiers to a central database. If the first airplane went missing, the second airplane then has a record of known positions before the first airplane disappeared. It works even better when multiple aircraft receive the location data, and if the system were implemented on a large scale, every airplane would keep track of other nearby airplanes in the sky. 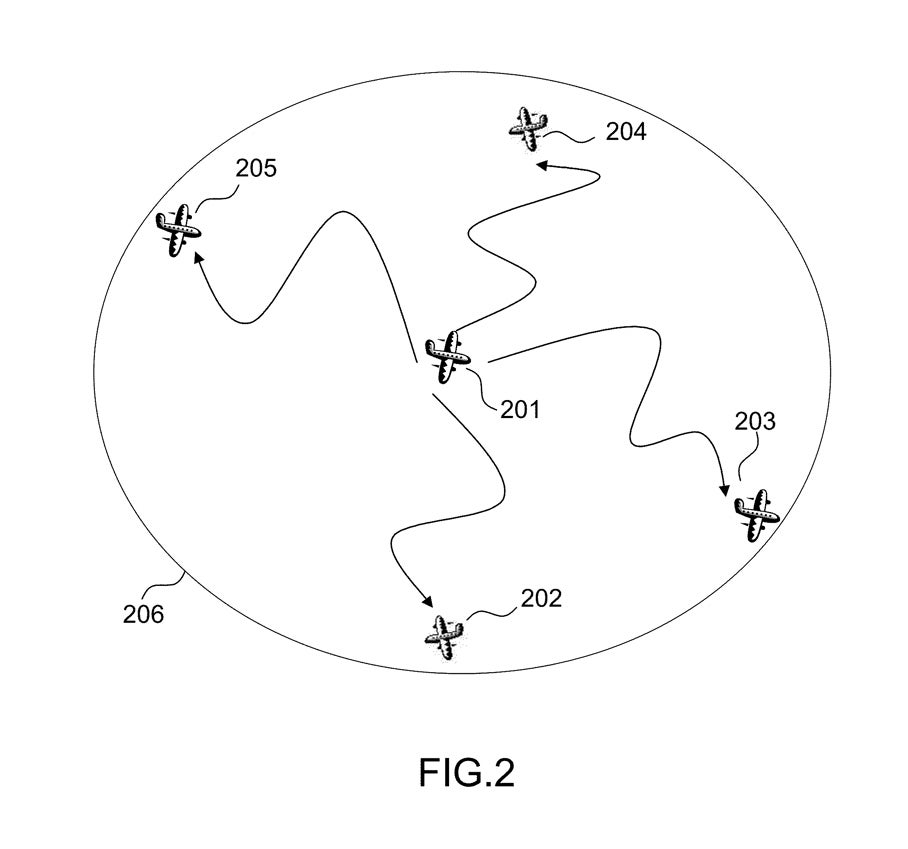 Method and device for assisting in the locating of aircraft

An example of the system in use among many airplanes.

Filed August 21, 2012, by The Boeing Company. Canadian patent not yet granted.

Boeing filed in Canada for a patent for an “Aircraft location system for locating aircraft in water environments.” Invented by Christopher S. Huskamp and Bonnie L. Gorsic, this system would help investigators find the major parts of a plane after it has crashed and broken up. In order to do this, the inventors propose a system of sound reflectors that send frequencies back when searched for by sonar. The reflectors are located on several distinct parts of the plane, like the wing, tail, cockpit, and engine couplings.

The system would reflect two different sounds. The first is in response to sonar, and the second is in response to a specific sonar sound sent at a different frequency to confirm that the plane is under water. There’s also a radio signal sent out when the first sonar is detected. In essence, the entire system is a way for an underwater airplane to call back ‘Polo!’ in response to a sonar ‘Marco.’ 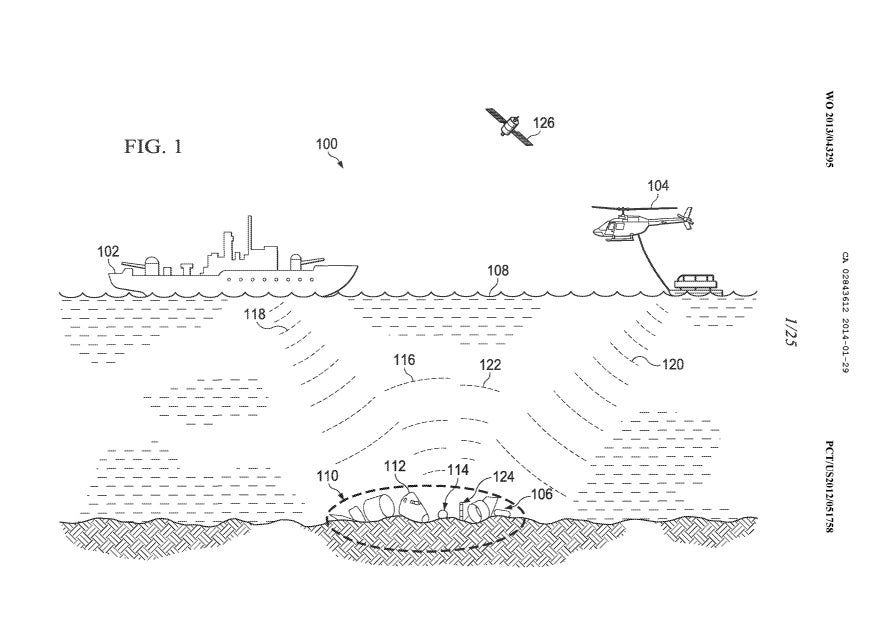