Oculus Rift is not just for video games anymore. 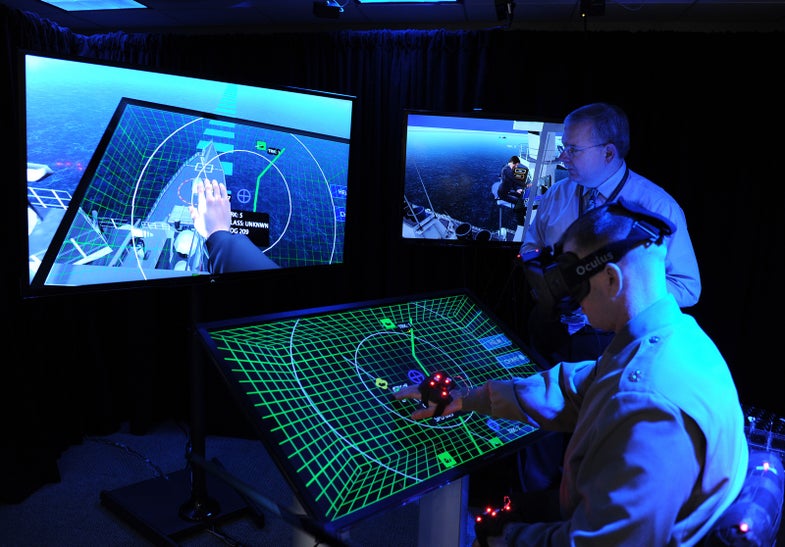 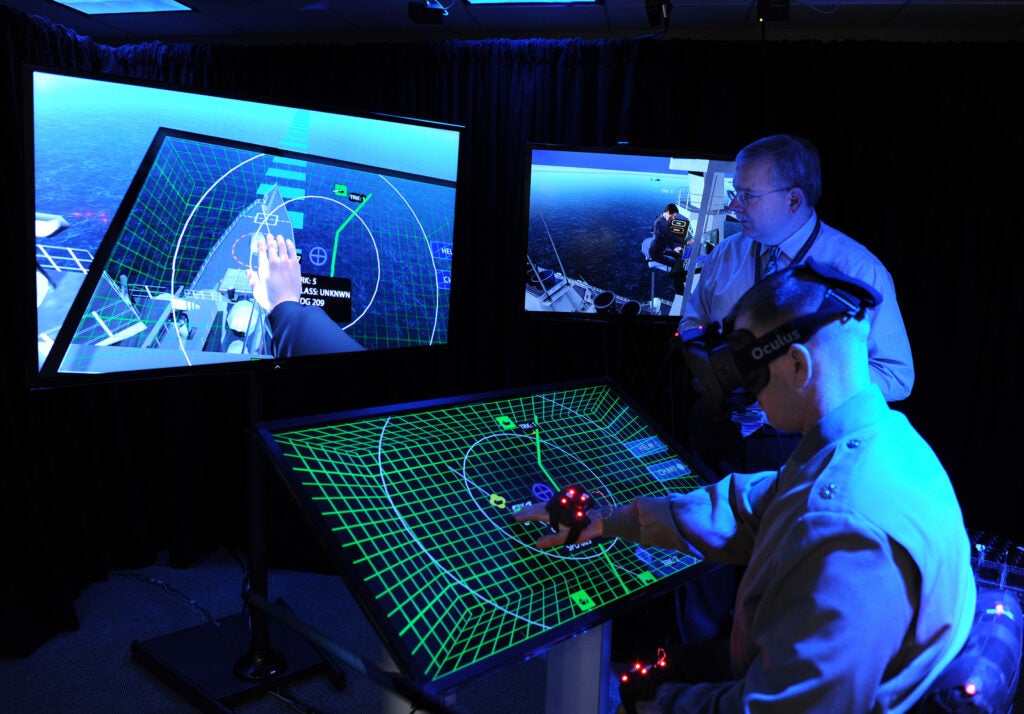 Oculus Rift is an amazing virtual reality headset. Originally designed for video games, it’s been used for exploring gender, piloting drones, and simulating what it’s like to get guillotined. In the future, it might even go to war.

The U.S. Navy is testing Oculus Rift as part of the Office of Naval Research’s “Project BlueShark.” The goal of BlueShark is to see what the controls of a ship might look like, given new technology over the next decade. Screens, even the futuristic displays on ultramodern vessels like the USS Zumwalt, are limited to two dimensions. Combat, with ships on the surface, submarines below, aircraft above, and missiles, torpedoes, and depth charges moving at odd angles all around, is very much a three-dimensional experience.

In the above picture, John Moore of the Marine Corps Warfighting Laboratory explores a ship, with his virtual avatar sitting atop the vessel. The icons on the display appear to be other nearby ships, and because his avatar is perched above, Moore can see them around his boat.