Regulating Fantasy: The Psychics of Salem

I love the North Shore of Massachusetts. When I lived in Boston, I’d often ride my bike to the train... 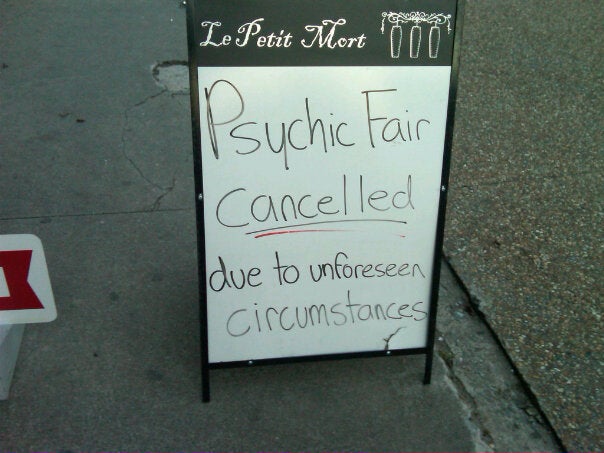 I love the North Shore of Massachusetts. When I lived in Boston, I’d often ride my bike to the train station and hop a random train heading north. I’d get out at the end of the line and ride as far back towards Boston as I could make it before night fell. There were quiet beaches to stop and stretch out on and dingy dive bars in fishing villages where I could re- (or de-) hydrate.

And of course there was Salem, a picaresque town between Manchester and Marblehead that could have grown into a similar haven for wealthy lovers of the sea, had it not been the place best known for a government that prosecuted and murdered 20 innocent people for the crime of witchcraft three centuries ago.

An interesting side note: other nearby towns in the area held trials and executions at the same time. For instance, the Salem witchcraft trial of 1878took place in what is now known as Ipswich, yet Ipswich is best known today for having a lovely reservoir protected by the Audubon Society.

The Salem Witch Trials were a tragedy of mass hysteria fueled by bigotry. They are an extreme result of what happens when faith and fantasy trump science and reason.

So what better way to honor that history than by continuing to appeal to faith and fantasy?

Today, Salem is overrun with psychics who seem to assume that the lesson to be learned from the Salem Witch Trials is that witches are real but instead of killing them we should give them money to cleanse our auras, which exist, or in some cases to save ourselves from evil hexes, which also exist.

The psychics of Salem are so plentiful that there’s a special fortunetelling license you can get for $50 provided you meet the licensing board’s standards for fortune tellers. According to the Fortunetelling Ordinance, this is to prevent fraud.

The most important standard appears to be having $50 to give to the licensing board for a license. This part is non-negotiable.

The second requirement is that you must live in Salem for 12 months prior to giving the board $50.

The board will also take into consideration any consumer complaints or criminal background you may have and decide whether or not to approve the application. They will have already cashed your $50 check by the time this decision is made.

They also retain the right to revoke a license after a complaint is made against you. Or, in the case of Fatima’s Psychic Studio, after dozens of complaints, including at least one from a man who handed the psychic $16,800:

You’d think those people would have checked the place out on Yelp before going. One and a half stars! Things are similarly grim over on TripAdvisor. Reading negative reviews of psychics is my new favorite pastime:

And then of course there are reviews from years back talking about Fatima’s “removing a curse” scam, like the very first review from 2005:

In the book Psychic Mafia, M. Lamar Keene exposes the secrets of what it’s like to work as a paid psychic. Keene points out that many people think they have psychic powers, and give readings to friends and family for fun. Those who go on to start a business, though, eventually must come to the realization that they are doing nothing more than magic tricks like cold reading (the practice of making general statements and allowing your mark to fill in details and guide the conversation). Keene explains that eventually, all professional psychics must make a decision – to continue to give readings, knowing they are frauds, or to drop out. He chose the latter.

So how does a licensing board – one that offers a specific license to psychics – determine what is and is not fraud? Which of the following complaints would denote a fraud?

2. She asked me for $50 to tell me my grandfather liked boats and watches.

In Salem, I assume the answer would be #1, and maybe #5 if enough complaints were made.

The next step for the licensing board is clear: create a new license for Hex Removal. It’s an extra $50 processing fee, but the holder of the license would be able to help those poor people being plagued by hexes. Which definitely exist.