It's even worse than Florida in the summertime. 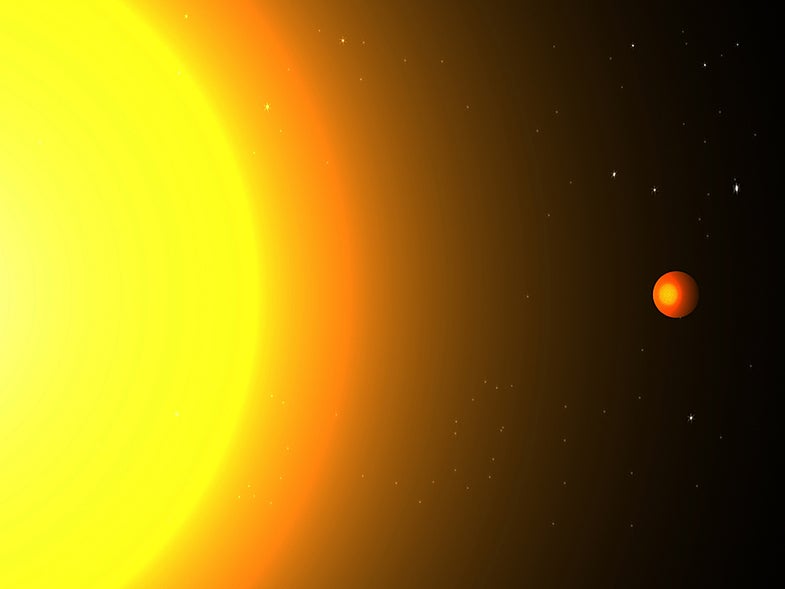 Kepler 78b is an Earth-sized exoplanet not too far from us–only about 700 light-years away. But don’t bother getting your hopes up about settling there, because Kepler 78b is one of the most aggressively unpleasant planets ever discovered (a competitive category, to be sure): its surface is covered with seas of boiling lava and it completes its orbit around its star in a whiplash-inducing 8.5 hours.

Researchers at MIT discovered the exoplanet while indulging an experiment: how close can a planet be to its star? Kepler 78b is about 40 times closer to its star than Mercury is to our sun; in fact, Kepler 78b’s orbit is only three times larger than the circumference of the star it’s orbiting! (Earth’s orbit is more than 215 times larger than the circumference of our sun, for comparison.)

To find the planet, the team pored over research from NASA’s Kepler telescope, analyzing the tiny dips in light visible from stars, indicating that a planet might be passing in front. This particular star is younger than ours, and rotating twice as fast, which may have some influence on how Kepler 78b is able to exist. Not that Kepler 78b is a pleasant place; the researchers believe it’s made of some highly dense material, but that its surface is about 5,000° F and covered in oceans of boiling lava. Oh, and it completes its year in about as long as you complete one (relatively light!) day of work. It’s one of the fastest orbits ever detected.

The discovery was published in The Astrophysical Journal, but you can read more about it here.