Make your own military vehicle at home 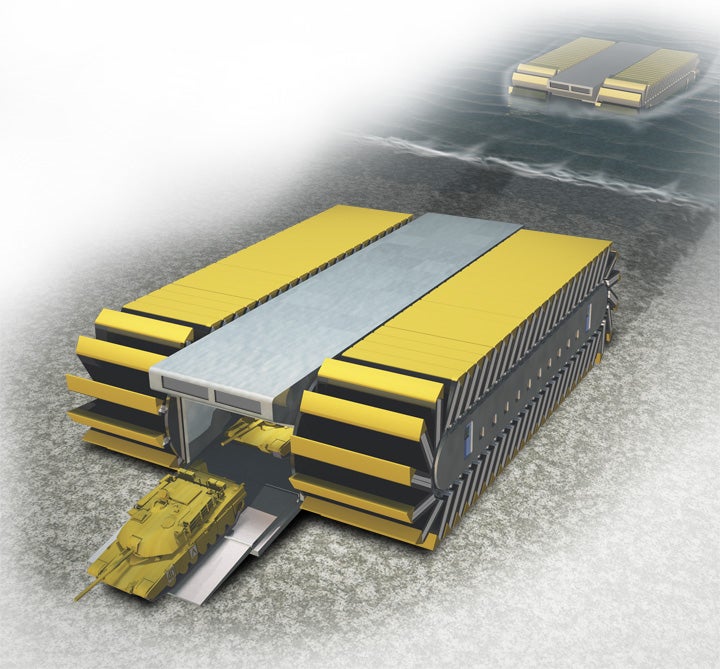 This 3D print began as an illustration for one of Don Foley’s favorite clients, Popular Science. Don has been producing illustrations for the magazine since 1996. Don built the Beach Stormer, designed by the Navy as the Ultra Heavy-Lift Amphibious Connector, or UHAC, in Lightwave 3D.

This isn’t the illustration that ran, but was his first sketch. The concept is a lander that can bring ashore heavy items, such as 3 Abrams tanks. The paddles allow it to go through anything, such as ice, mud, sand and even 12′ high seawalls.

It was tempting to try to build the models so the treads would actually rotate, so Don began with that thought. But it didn’t take long to realize that not every printer might be able to pull off some of the tight constraints and make the build a success. So he designed a print, while static, would accurately reflect the craft.

After building the craft, Don ‘tripled it’ to create the triangular facets that 3D printers like, and then exported the craft as an STL file. This file was imported into Simplify3D, where Don sets up his printer settings and slices the image into something the printer can handle.The resulting file is an .x3g document he put on an SD card and put into his Wanhao Duplicator 4s, his newest Duplicator constructed on a steel frame. Although the printer was new and out of the box, it performed perfectly. This particular print, done in Foxy Silver PLA (from MakerGeeks) material at 205° at .020 mm would take 13 hours to print. Don prepped his build plate as he often does with Scotch Brand painters tape, wiped down with alcohol. He leveled the bed and hit the print button.

While Don has been printing with the D4 for 10 months without a problem (over 2,000 hours on his first machine) the Duplicator 4S seems to build on the same solid framework, but with several welcome additions that make it quieter and more physically stable. This includes steel bed arms, the acrylic enclosure and some change to the motors that brings down the noise (which his wife appreciates greatly since his studio is in the center of the house) . His studio now has his original Duplicator 4, two Duplicator 4S printers and his industrial D5 for large prints.

Considering the crazy level of detail, the print actually turned out pretty good. Don usually prints at .010 mm resolution, but the tool path on this puppy was REALLY long because of the flotation units. So to keep it from printing for over 24 hours, he ran it at .02 mm, and the results were pretty sharp. The Beach Stormer model is about 5 inches long and 3 inches wide.

The print is easy to assemble, it only has 6 parts. A center sleeve aligns the forward and back sections, and the port and starboard paddles fit into pegs on the craft sides. The door/ramp has small pegs, so if you angle the door so one peg fits, you can slide down the other peg into its slot, and the door will open and close.

This model is available here or at Don Foley’s store for free.