Why you should switch to an encrypted messaging app like Signal

End-to-end encryption is just the beginning. 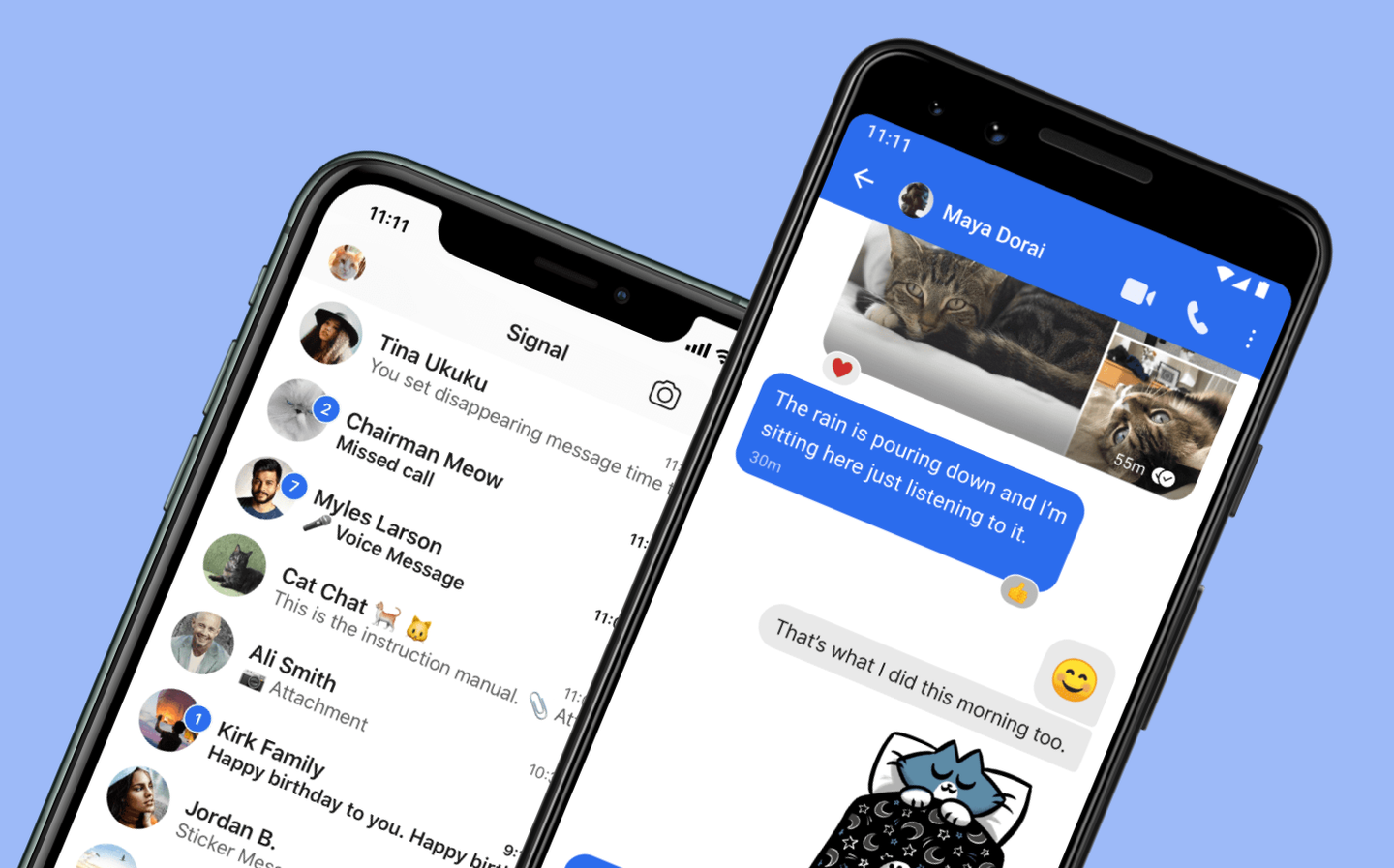 Signal is open-sourced so you can tell what's happening behind-the-scenes. Signal
SHARE

You may not have heard of the app called Signal, but its user experience feels similar to many other video call and chat apps you’ve probably used in the past. In recent years, Signal has become a go-to tool for journalists and others who want to ensure the privacy of their communications. With more chat app options than ever vying for space on your phone, paying attention to privacy is extremely important.

If you’re currently involved in activism or journalism or another sensitive field, this is the right time to start making the switch to an encrypted means of communication. Even if you’re not, people you know may be, and giving them the option to keep their communications with you secure is a good thing to do. It won’t cost you anything—except for maybe using funny stickers during your conversations—and it could prove extremely valuable down the road as it shields you from snooping advertisers or increasingly blurry restrictions on government investigations.

End-to-end encryption sounds like a tech buzzword, but it’s an important differentiator when it comes to choosing a messaging service. Essentially, it ensures that only the sender and the receiver (the “ends” of the conversation) can see the content of a message you send. Even if other parties—such as tech companies, internet service providers, or hackers—capture or observe the message data, it will appear in code that they won’t be able to read.

Signal employs this end-to-end encryption on all of its forms of communication. Facebook’s WhatsApp and Apple’s iMessage use it as well. Other chat apps, like Facebook Messenger, for instance, aren’t end-to-end encrypted, nor is a standard SMS text.

Even apps that do deliver on their end-to-end encryption promises still do some data collection on either end. WhatsApp, for instance, can’t access the content of your calls or messages, but can keep track of other information about who you call, how frequently you contact them, and the duration of your communications. That info isn’t as secure as it would be with an app like Signal. Also, the fact that WhatsApp is owned by Facebook is enough to give security-minded users pause.

The selling points of the app start in the code itself. Signal uses open-source development, so anyone with the know-how can dive into the program and see how it works to ensure that there are no secret flaws or traps hiding inside to gobble up personal information. It also works on Android, iOS, and desktop computers, so it’s compatible with the vast majority of popular devices around the world. That’s not something an app like Apple’s iMessage can compete with.

Unlike other social media communication apps, Signal doesn’t build a contact list within its own systems and doesn’t have to store contact data on its servers. At the end of 2019, Signal announced that it’s working on a system called secure value recovery, which would allow users to keep their contact lists from device to device without having to store a plaintext copy of your address book in the cloud where it’s more vulnerable.

You might miss the fun AR filters, but security is more important all the time and supporting the apps that embrace it is worth the effort.

Beyond Signal, WhatsApp, and iMessage, there are other options to try out: here’s a list.