Surf's up at the SLAC National Accelerator Laboratory in California. 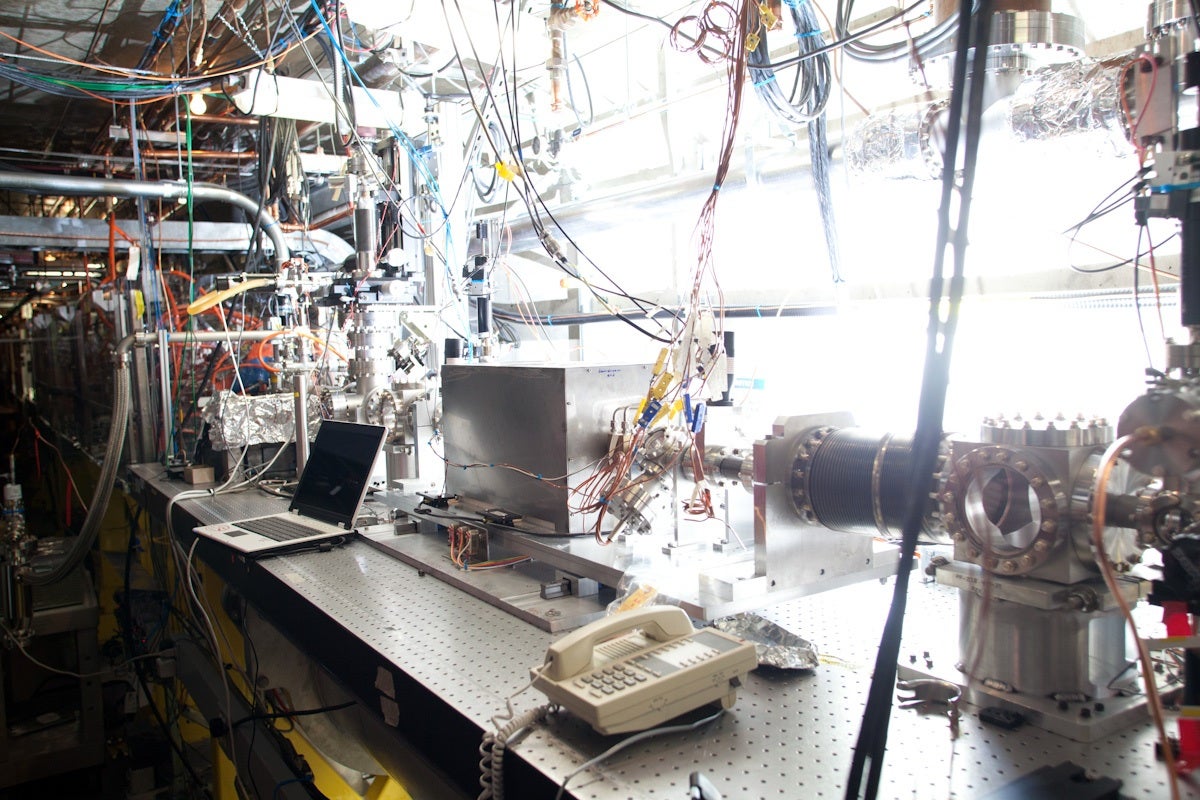 The plasma is contained in that metal box in the center. SLAC National Accelerator Laboratory
SHARE

The SLAC National Accelerator Laboratory’s linear accelerator cuts through the grass and trees just west of Stanford University in California, running for two miles, its path clearly visible from the air. Now, in a lab on the same campus, a 36-centimeter-long device is supposed to do the same thing.

The device is a plasma wakefield accelerator, a piece of technology that engineers have been working on for decades. The idea is to collide electrons at nearly the speed of light. The “wakefield” in the accelerator’s name refers to an actual wake in a wave of hot plasma, in which electrons are supposed to gain speed and energy. Like other particle colliders, a plasma wakefield accelerator should make possible experiments looking into the universe’s tiniest particles and most fundamental physics rules.

A practical plasma wakefield accelerator should be able to do all that using less electricity and at least 100 times less space than existing electron smashers, thus saving costs for future taxpayers and physicists. “We’re looking for that next new technology that’s going to allow us to push physics forward, but do it in a way that’s realistic and affordable to society,” Mark Hogan, a plasma acceleration researcher at SLAC, tells Popular Science.

The way plasma wakefield accelerators boost electrons is unique. It’s often compared to surfing, that super-California sport. Physicists first send a bunch of electrons plowing through a small chamber of hot lithium plasma. That creates a huge wave in the plasma. Then physicists send a second bunch of electrons into the wave. As those electrons ride the wave, they experience a large electric field, helping them gain lots of energy in a short space. 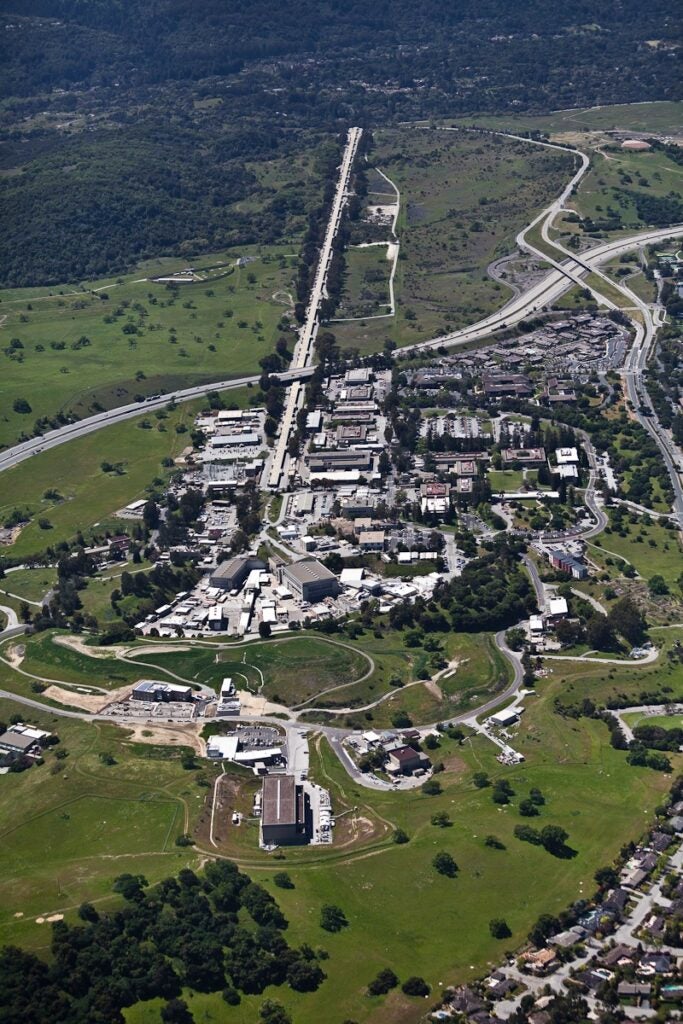 The technology still has a ways to go before it can take over duties from its larger siblings. It’s also early-stage enough that it’s still an open question whether other technologies might win out in the next 10 or 20 years. Today, however, Hogan and his colleagues are announcing they’ve met a milestone in plasma wakefield acceleration. The team—including scientists from universities in Norway, China, Germany, and elsewhere in California—has injected about 1.6 billion electronvolts of energy into every electron in a bunch. The resulting beam of electrons, Hogan says, “looks like beams you’d put into a collider.”

In the results Hogan and his team are reporting today, their electrons were able to extract, on average, 18 percent of the energy from the wave around them. The team’s previous attempts at this experiment didn’t extract a substantial amount of energy from the wave.

Physicists first theorized about plasma wakefield accelerators in the late 1970s and early 1980s, but it was only in the 2000s and later that the technology existed to begin showing they might work.

Now that Hogan and his team have demonstrated they’re able to boost electrons’ energy, they have a number of tasks to tackle next. They’ll want to figure out how to boost a higher-quality, denser beam of electrons. The denser, the better, for collisions. They’ll also want to string together several of the devices like the one they’ve made. Scientists have always known that one will not be enough to replace large linear accelerators. They’ll need many, working in sync. (The overall size is still expected to be feet long, not miles.) Finally, they’ll want to try to get plasma wakefields to meaningfully accelerate positrons, too, not just electrons.

Hogan and his colleagues published their work today in the journal Nature.