Shining in the desert 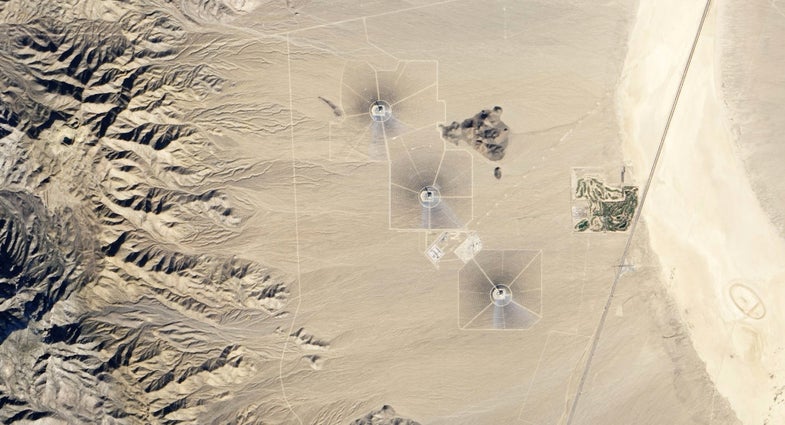 The Ivanpah Solar Electric Generating system is the largest solar plant of its kind in the world. By “its kind,” we mean a solar power tower system, which uses an array of mirrors to focus sunlight on single towers. So those thin concentric circles you see in this photo are actually rows upon rows of sun-tracking mirrors surrounding three towers. (The green patch on the right of the towers is a golf course.)

Ivanpah, located in California’s Mojave Desert, began producing electricity this January. The plant powers more than 140,000 homes, according to the plant.

Although they still harvest solar power, solar power towers work quite differently from photovoltaic solar panels. Ivanpah’s mirrors reflect sunlight, instead of absorbing it. The light goes to the top of each tower, where it heats water in boiler pipes to more than 1,000 degrees Fahrenheit. That hot steam then gets piped to a turbine at the base of the tower to generate electricity. 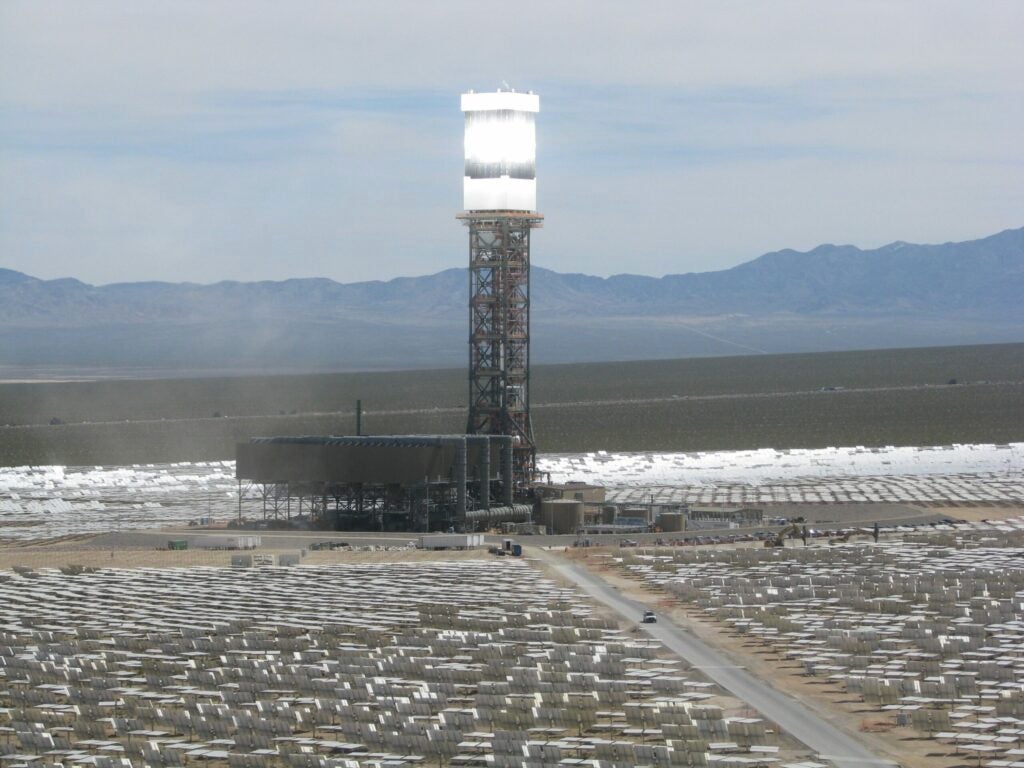 The project has prompted some worries over its effects on plants, animals, and people. The mirrors can kill passing birds by burning their bodies and feathers. More recently, the mirrors hit the news for blinding pilots with their brightness.

Perhaps it’s all right, then, that the U.S. will probably not see a second Ivanpah power plant. Companies are unlikely to invest in such large solar power tower projects in the future because both natural gas and photovoltaic materials are getting cheaper, the Los Angeles Times reports. The U.S. government is also handing out fewer loans for big clean-energy projects, which have been controversial.