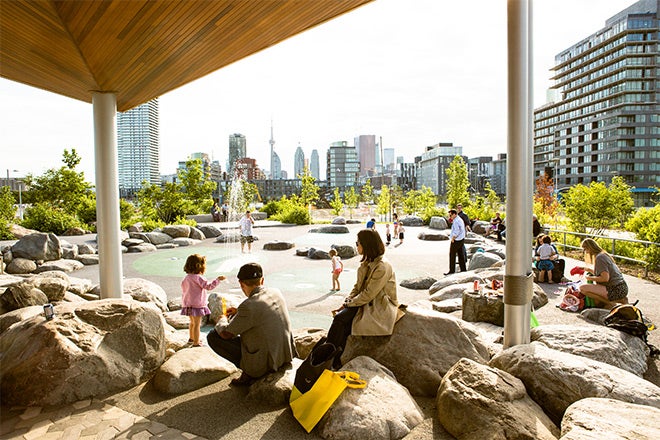 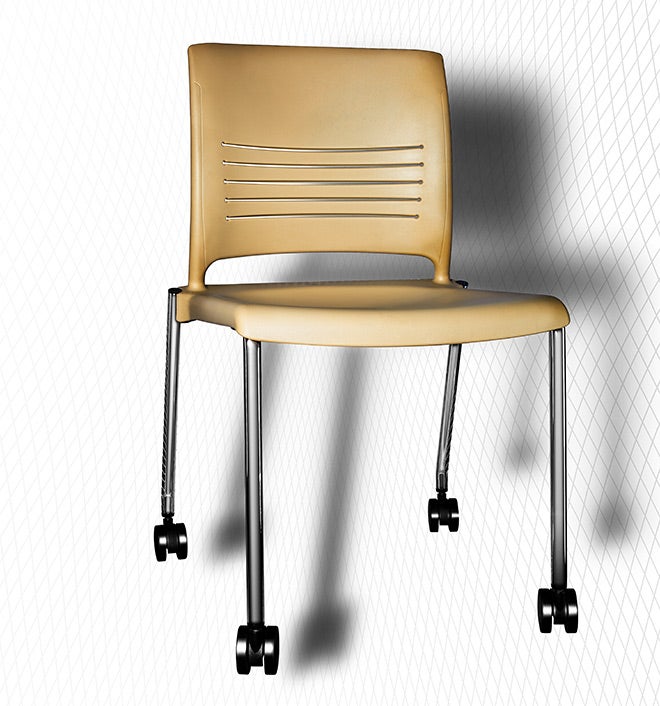 Humans produce 660 billion pounds of plastic a year, and the manufacturing process creates three times as much carbon dioxide by weight as actual plastic. “That’s an insane amount of material,” says Newlight Technologies CEO Mark Herrema. “Wouldn’t we be better off using plastic as a conveyor belt for capturing and sequestering carbon emissions instead?” That’s exactly what his company does.

Typically, plastic is made by exposing hydro­carbons from fossil fuels to tremendous pressure and energy. Newlight’s first commercial plant, in California, captures methane generated by a dairy farm’s waste lagoon and transports it to a bioreactor. There, enzymes combine the gas with air to form a polymer. The resulting plastic, called AirCarbon, performs identically to most oil-based plastics but costs less—creating a market-­driven solution to global warming. Companies have already signed on to use AirCarbon in their products, including KI desk chairs (pictured), Dell computer packaging, and Sprint smartphone cases. 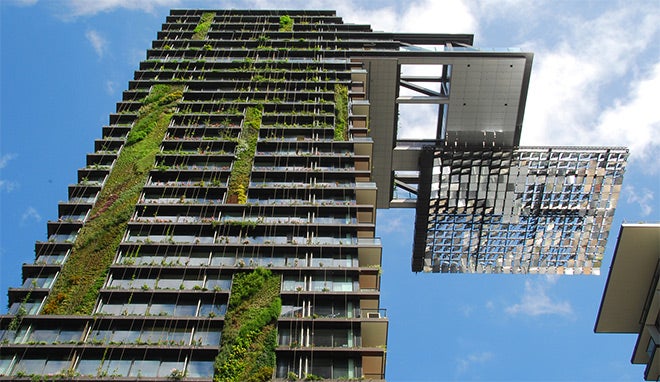 The 381-foot-tall One Central Park in Sydney, Australia, incorporates two unique technologies: A hydroponic garden made up of 383 species that hugs the building’s exterior, and 42 heliostats, mirrors that passively direct solar energy away from apartment windows and onto shaded spaces. Notes the Council on Tall Buildings and Urban Habitat: “The project presages a future in which biomimicry is no longer a radical concept in architecture.” An efficient power plant also reduces the tower’s energy consumption by 25 percent compared to a similar size conventional building. 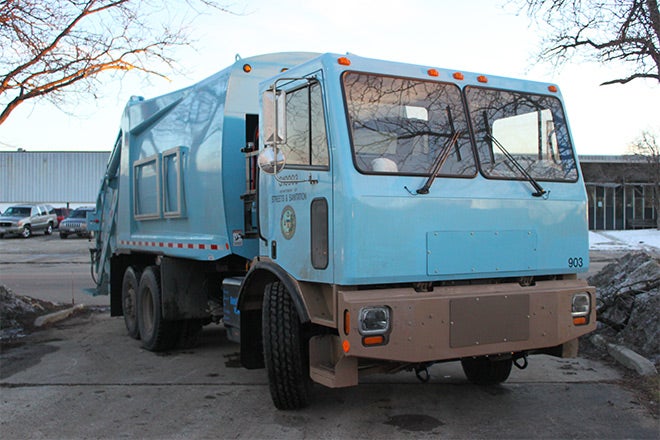 Since September, an electric garbage truck has been running a 60-mile route through Chicago, offsetting 2,688 gallons of diesel and 23 tons of carbon dioxide a year. An electric school bus now transports kids in California. Both contain a modular power­train that can be built into vehicles from existing diesel-truck manu­facturers. With its plug-and-play technology, Motiv Power Systems is turning the nation’s most polluting vehicles into some of its cleanest. 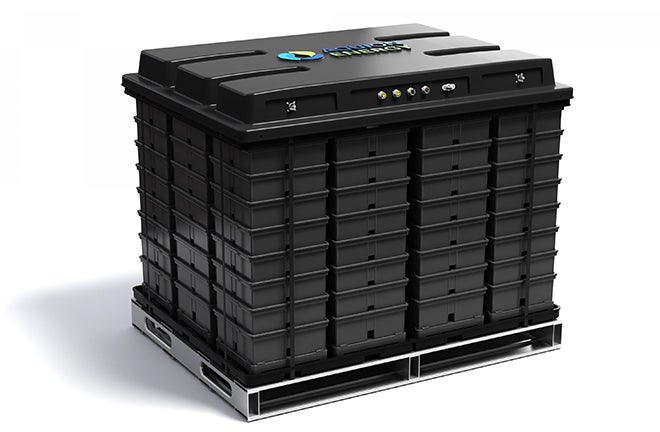 Stationary batteries can store surplus wind and solar energy, turning a highly variable power source into a steady flow of electrons. But most are made from highly toxic or flammable materials. The Aqueous Hybrid Ion (AHI) battery relies on a salt water–based electrolyte to carry the charge. It’s nontoxic, low-cost, and modular, and it can’t overheat. It has a long life cycle and a high capacity. And it can be scaled for home use or the grid. In other words, it’s basically everything today’s batteries are not.

A Park That Recycles Rainwater

When designing Toronto’s Corktown Common park, Michael Van Valkenburgh Associates took water recycling to an unprecedented degree. “Every drop of water hitting the park is reused at least two or three times before it’s absorbed or evaporated away,” says project manager Emily Mueller De Celis. Water draining from the playground, for example, flows through an ultraviolet filter and a constructed marsh, and then into an irrigation system. By absorbing storm water, the park also helps reduce flooding.

Both war and disaster zones rely heavily on diesel generators—one of the least efficient and most expensive forms of energy available. The Ecos PowerCube from Ecosphere Technologies can be transported anywhere in the world to deploy solar power, clean water, and telecommunications in less than a minute. Drawers slide out from the shipping container–size unit to expose high-efficiency photovoltaic panels, expanding the cube’s footprint by 400 percent to produce up to 15 kilowatts of electricity. 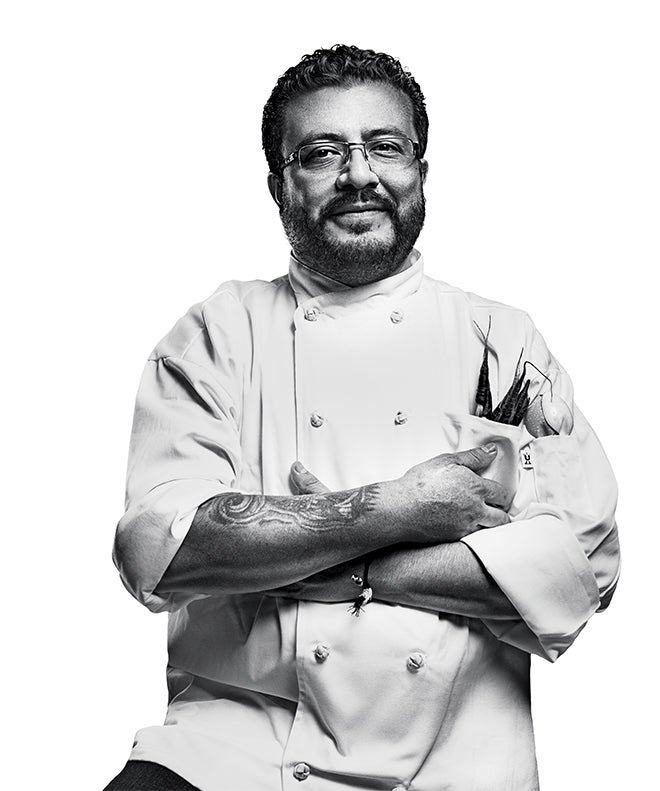 The next sustainable cuisine

This year, start-ups are selling a new food movement—one that involves eating insects. Big Cricket Farms raises crickets; other companies peddle cricket cookies, chips, flour, and protein bars. We spoke with Chef Mario Hernandez of New York City’s Black Ant about the roots of insect cuisine, and how he’s bringing it to the hungry and curious.

Popular Science: What kind of food do you serve at Black Ant?

Mario Hernandez: We rescue forgotten recipes from every state in Mexico and bring them to New York with a new twist. Many use insects like grasshoppers, jumiles [stinkbugs], capiguaras [leaf-­cutter ants], and mosquito eggs.

PS: When did you first eat insects?

MH: When I was a little kid, my grandma would take us to the market every Sunday, and ladies from villages in the mountains would bring insects—some of them would go into salsa, some into different moles. It was always part of our big weekly meal. It was a celebration.

PS: How does Black Ant procure the insects for its menu?

MH: Insects are seasonal. When the rainy season starts, one of our chefs travels to Mexico and harvests little grasshoppers for two to three weeks. We let the rest grow and reproduce, and then we harvest the big ones. It’s the same process for ants. They come out of the nest only once a year, when the first rains start hitting the soil. We go for two to three days and harvest as many as we can.

PS: Why have other chefs been slow to use them?

MH: Many chefs are afraid of customer reactions. Or they feel ashamed of their own roots, because in Mexico, it’s an indigenous food. In the beginning, insects were considered only for the peasants, but now they’re a delicacy.

MH: I think so. First of all, everyone’s more conscious about global warming and the sustainability of protein. And second, they are really tasty. People tried them because they were curious, but now they order them again and again.

MH: Why not? But if you grind up insects, you lose a lot of the flavor. At Black Ant, we’re going to launch a line of chapulines [grasshoppers] for supermarkets. We’ll have five different flavors, some toasted with chiles, and others with lavender and honey. We’ll also sell ant salt and gusanos, or agave worms.

PS: How will Black Ant’s menu change for the winter?

MH: One of the hot items on the menu will be grasshopper tlayuda. We’re going to have chapulines tacos with ant-salt guacamole. We have some beautiful fish roasted with ants and chiles. And it will be the season of ant eggs, so we’re going to have escamoles, which are the eggs of a particular ant of central Mexico. They taste like caviar.