Wind-Powered Car Travels At Twice the Speed of the Wind 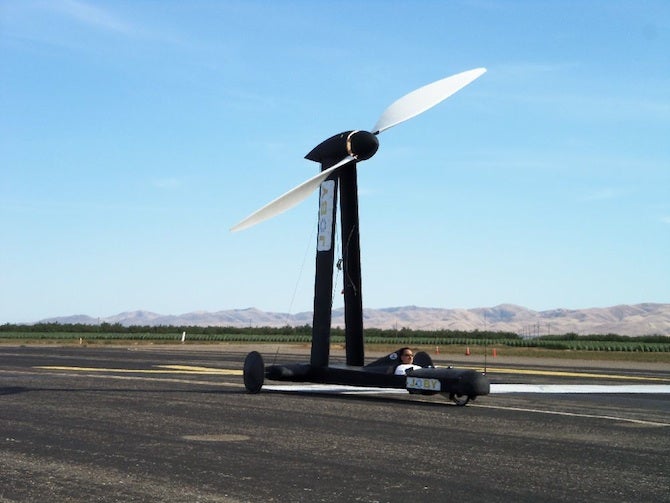 A couple of years back, Rick Cavallaro and his wind-powered car–Blackbird–silenced an online debate about whether its possible for a wind-powered vehicle to move downwind faster than the speed of the wind itself by going out and outrunning the wind. Now, Cavallaro and company have reconfigured their car to travel upwind and proved that it’s possible to travel upwind at more than twice the speed of the headwind, setting what has to be a record for upwind terrestrial sailing.

And also a counter-intuitive feat, though when you really think about it the physics are the same as a sailboat tacking upwind. The turbine blades act as sails, turning to create power. Rather than having a keel to counteract the push of the headwind and maintain the proper upwind direction, Blackbird’s transmission and wheels have been designed to do that job.

More on Blackbird over at Wired’s Autopia.