Mountains and other natural obstacles can make talking to one another hard. Drones and other aircraft could help. 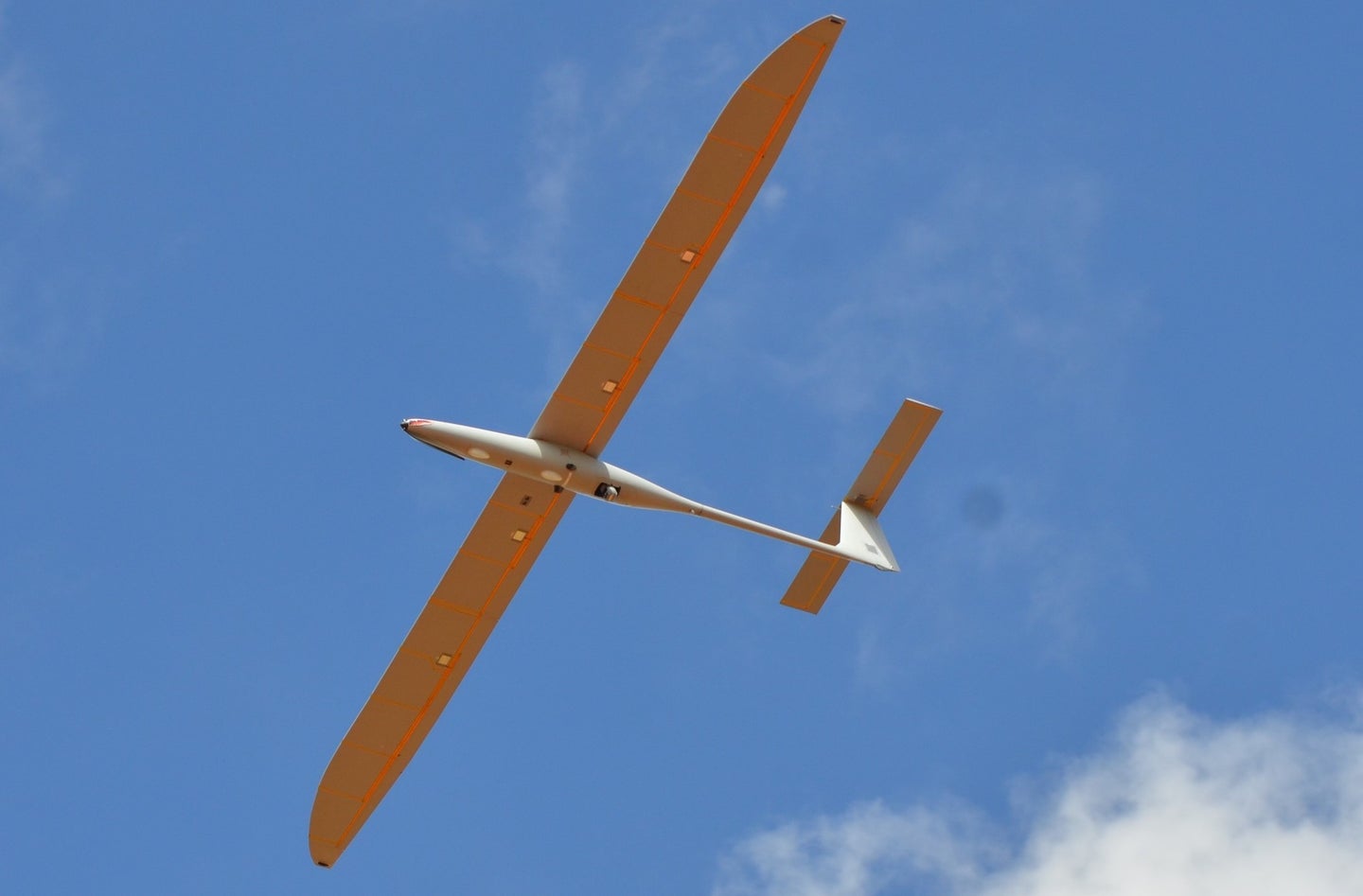 When Army cadets at West Point train in the surrounding mountain valleys and field courses, they are learning to fight war in what the military terms a “passively denied environment.” The term means that the natural landscape interferes with radio signals, making it hard for the soldiers-in-training to communicate as they might in an open field.

While the military practices for this, and has decades of experience fighting wars in urban and mountainous terrain, another possibility is to use new technologies to create a signal relay between soldiers in the terrain and commanders farther away. To get there, the Army is developing an “aerial tier network,” or a system of flying machines that can serve as a signal relay.

An “[Aerial Tier Network] allows us to send data up to an asset in the aerial tier and then back down, permitting the signal to hop over obstructions to effectively obtain more nodes and extend the area of communication,” said Scott Newman, a project manager with the Army’s Program Executive Office Command Control Communications-Tactical.

In other words, having an aircraft available to relay signals means soldiers fighting in one valley can share information with soldiers on the other side of the ridge, without worrying that the signal is lost. As battlefields sprawl, encompassing villages, city neighborhoods, or great swaths of rough terrain, staying in touch with friendly forces over distance becomes more important.

Losing communication can mean getting isolated, ambushed, or simply not advancing quickly enough. Maintaining a communication link can instead let soldiers outmaneuver their enemies, spot weaknesses, share information about attacks, and maintain cohesion while fighting as part of a larger force.

In the 2021 Project Convergence technology demonstration, the Army used drones to facilitate this over-the-hill communication, though the aerial tier network can work with more than just drones. Provided the aircraft can receive and relay signals, the job could be performed by circling planes, helicopters operating in the area, or even new aircraft in the works as part of the Army’s Future Vertical Lift program.

In May, reports C4ISRNET, Greg Napoli of the Army Futures Command Network Cross-Functional Team told an industry meeting that Aerial Tier could mean everything from armed planes to aerostats, which are basically tethered balloons with communications relays. Other options include tall, portable relay antennas and drones.

At present, this kind of up-and-over-the-hill communication is done through satellites, but satellites have limits. While many communications networks aim for reliable continuous global coverage, the signals can be blocked by jammers, and the satellites could be vulnerable in a war if a country uses anti-satellite missiles or other space weaponry to destroy them.

An aerial network, instead, can be brought to where the soldiers are, and offers a communication link immediately overhead, with one that can be taken down and transported elsewhere as the fighting shifts. All of this is designed to enhance the Army’s ability to stay in touch and coordinate while spaced apart from friendly forces. This kind of dispersed communication is called NLOS, for “Not Line of Sight.”

[Related: A next-gen tank will be revealed in October. Here’s what we know about it so far.]

Future developments to improve this kind of networked communication will influence how the Army develops its Relay for Air NLOS Ground Environments (RANGE). Extending the distance over which a relay can work, as the clunky acronym RANGE spells out, allows soldiers to operate farther from one another while still maintaining useful contact.

The way an Army talks to its component parts shapes how it can fight. Modern warfare is sensor-rich, with cameras on drones and tanks, radar from aircraft, thermal imaging in soldier-worn goggles, and more, all contributing to a vast collection of information in the field. Turning that information from observation to action means analyzing it and sharing it, letting artillery a few miles back pinpoint a target spotted by a drone flown by scouts. The communications network between all these parts makes the whole operation sing, facilitating devastating assaults and clean retreats.

As the Army develops new aircraft to support soldiers in the field, Aerial Tier Networks connect those aircraft to the fighting on the ground, making these relays crucial to how the Army communicates. Better communication between nearby forces means that when fighting happens, reinforcements can be in place, allies can know where the danger is, and the odds can be stacked in favor of the Army. Firefights are chaotic moments, full of sound and danger as soldiers exchange fire and try to survive long enough to win.

With the Aerial Tier Network, the Army intends to make communication in difficult terrain as easy as it is in open plains.