The King Supersport-35′s complex inner structure would be impossible to make with typical manufacturing methods. 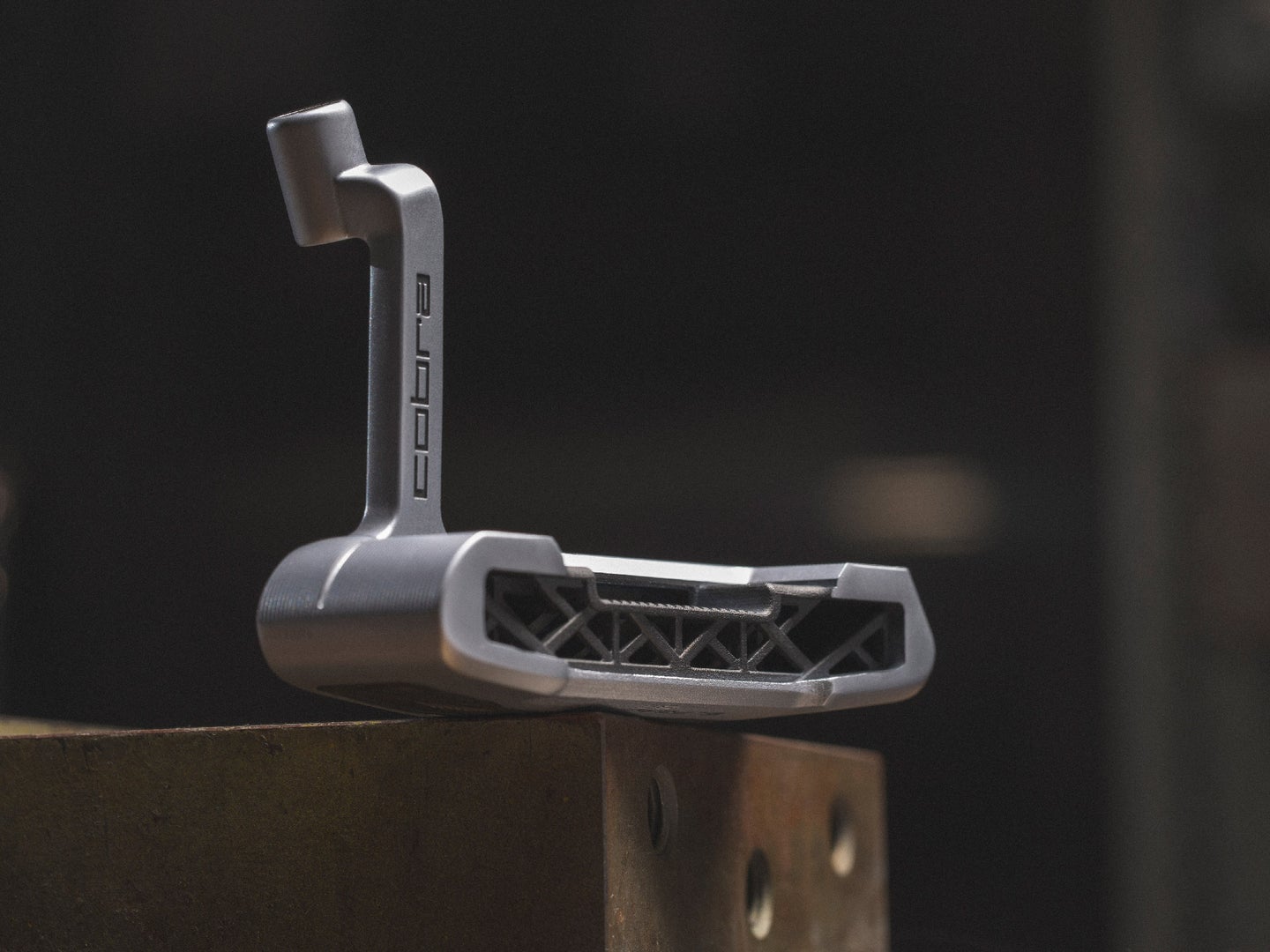 The internal structure makes it sound and feel better at impact. Cobra
SHARE

When you’re looking down at Cobra’s King Supersport-35 putter, it appears fairly similar to other modern blade-style putters on the market. But, take a peek through the back of the club and you’ll find a metallic lattice structure that hints at what makes it unique. To create those internal supports, the company employed HP’s Metal Jet 3D  printing technology. That gave the Supersport-35 some truly unique characteristics that wouldn’t be possible with typical manufacturing processes.

Cobra partnered with a metallurgy company called Parmatech, which has been working with HP to hone its 3D-printing process. During the manufacturing process, print heads—like those you’d find in your inkjet printer—spray extremely fine powdered stainless steel in layers to build up the shape of the club. A polymer binding agent holds the powder in its shape and the excess material is removed for later use. At that point, the club head is roughly 20 percent larger than the final product. A final sintering process heats up the material and creates a solid metallic structure. Cobra then mills the outside of the club and attaches a 6061 aluminum club face.

This process offers some new possibilities when it comes to design. Because the company isn’t using a typical casting process, engineers can create more complex structures on the inside of the head and move the weight around to create a more forgiving and pleasing club. “When you look down at the putter, it looks like a modern traditional blade, but we moved a lot of mass to the outer edge and some down low,” says Mike Yagley, VP of innovation and AI at Cobra. Moving the weight away from the center of gravity gives the club a higher moment of inertia, which means it’s less likely to twist as it hits the ball and send your shot rolling in the wrong direction. According to Yagley, the Supersport-35 has a moment of inertia measuring roughly 5,000 grams per centimeter squared, which is roughly what you might expect from a high-end driver.

Rather than relying on the 3D printed surface to actually strike the ball, Cobra has opted for a face insert from SIK Golf. The actual loft of the face changes as you go from the top to the bottom of the club, which helps negate the ill-effects of hitting the ball too early or late in your stroke. It effectively creates a tilt that corrects the angle of attack during a slight mishit.

Behind the face, the metallic lattice provides support for the head’s structure. “If you didn’t put the lattice on the inside, it would ring like a cowbell—it would not sound good,” says Yagley. “You put that stiffening structure on the inside and now you’ve lowered the frequency and damped the sound for a shorter ring, which gives you a much more solid feeling putter.” Even great golf clubs can’t survive if they don’t have a satisfying sound at impact.

Despite the relatively hollow structure, the Supersport-35 still weighs about the same as a typical blade putter. Weighing in around 380 grams, it should feel familiar to most golfers and won’t require too much getting used to.

For now, this is the only commercial club that Cobra offers using the 3D printing tech, but Yagley is bullish on the possibilities down the road. With this new method, “you can make structures that you can’t with typical casting,” he says. Down the road, that could lead to some truly interesting and exotic designs that could help players of every level, from tour pros to driving range warriors who spend a lot more time out of bounds than they do in the fairway.