Mighty Buildings can crank out the structure of a 350-square-foot studio in 24 hours. 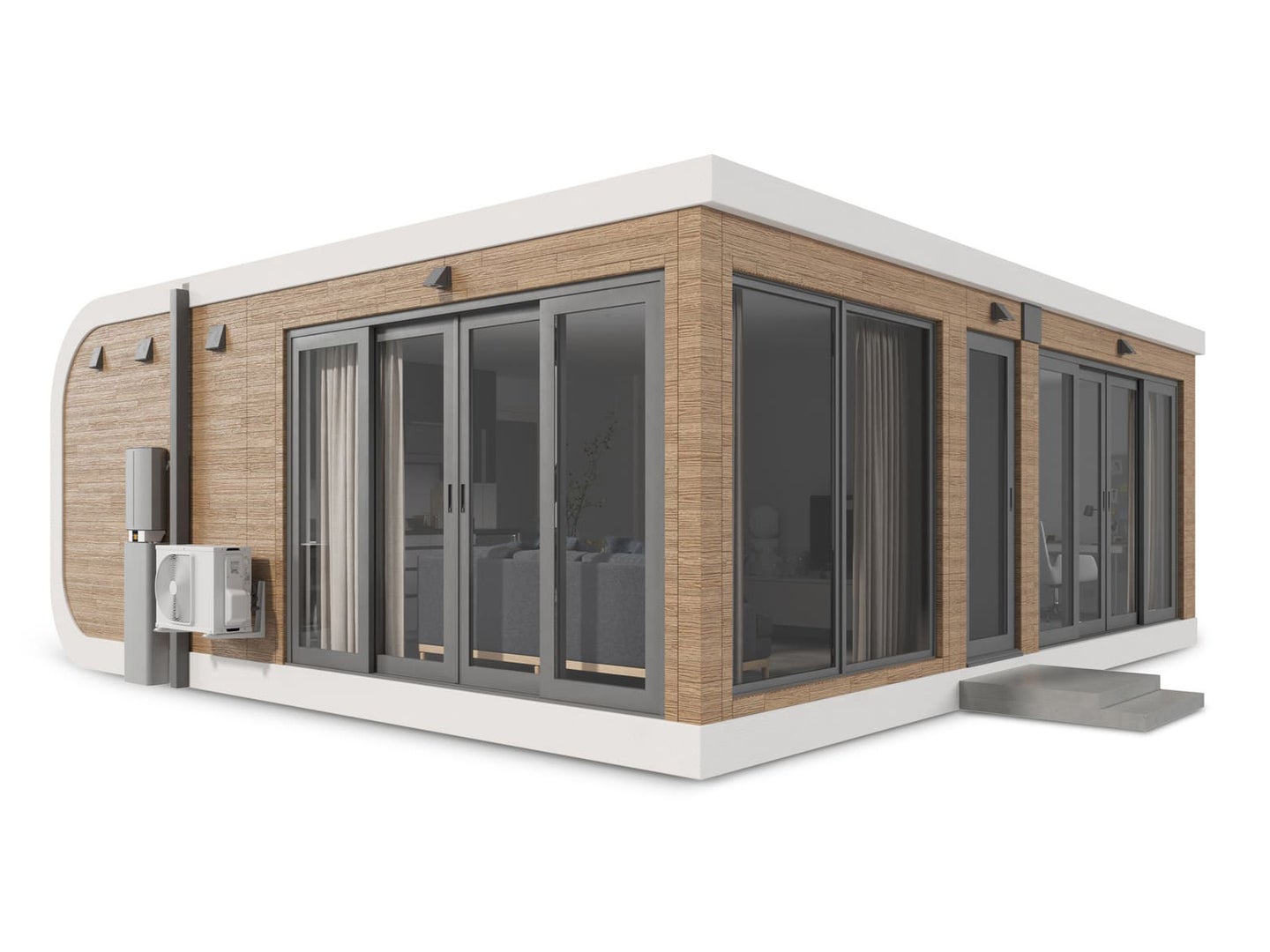 This version of the Mighty Studio starts at $159,000 Mighty Buildings
SHARE

Even when Extreme Home Makeover was still on the air, building most of a house in a single day wasn’t feasible. California-based Mighty Buildings, however, has developed a proprietary 3D-printing technology and material that will let it create the curved shell of a 350-square-foot home in roughly 24 hours.

How do you print a house?

The secret ingredient in Mighty’s process is a proprietary synthetic substance called Light Stone Material that hardens when it’s exposed to UV light. It’s strong enough to support its own weight when printing horizontal lines, which simplifies the process of printing solid structures out of it. The company is planning different designs for its structures, but for now it’s offering shells with a curved wall as an attractive design element, but also in part to show off what the material is capable of.

Mighty mills the outside wall surfaces of the buildings, so it can give the structures any shape or appearance they want, from typical siding to more decorative patterns. Because the process happens in an enclosed environment, Mighty can also re-capture dust during the milling process to re-use that material in future printing.

Inside the walls, a structural pattern is lined with foam, which improves heat retention beyond what you’d get from typical wood walls with foam or fiberglass insulation. Company co-founder and chief sustainability officer Sam Ruben points out that kind of heat retention is important when trying to meet rigorous environmental standards, especially in California.

Mighty 3D prints the curved wall in its facility, but that will expand to the back wall and roof in 2021 for a total of 80 percent of the structure. The Mighty Mod structures ship as complete buildings with windows, but require installation onto the foundation and utility hook-ups on-site. The larger Mighty House products (coming in 2021) ship as panels and require on-site assembly.

Mighty has worked closely with various zoning and environmental regulatory agencies to make sure that its buildings meet the rigorous standards. Especially in California, you can’t simply plop down a tiny house on any bit of land you have available. For now, Mighty buildings are meant to exist in the backyard of a main home or as an Accessory Dwelling Unit (ADU) as a companion to a single family home.

For now, Mighty is only offering structures in California, but Ruben tells me that it’s planning to expand into other other areas of the country, even those with weather much more extreme than in the Golden State. In fact, Ruben says Mighty’s synthetic material is hydrophobic and less susceptible to changes in temperature, which gives it an advantage over other 3D printed structures that use more traditional concrete materials.

Mighty has already delivered a small handful of its structures in California and you can currently get on the waiting list if you want one of your own. Right now, Mighty Buildings offers six different configurations starting with the 350-foot studio with a base price just over $100,000, going all the way up to a three-bedroom, two bath home that costs $285,000. As production ramps up, however, and the process becomes more efficient, the prices could drop with them.

There are some aspects you can customize, like color and wall texture, but most elements are locked in place to keep the production process as efficient as possible. They also come with in-unit laundry.

No matter the layout, though, Mighty plans to continue its focus on reducing the work required to make a prefab home. Mighty hopes to help address the affordable housing shortfall happening in California, which could demand more than 3.5 million homes by 2025 to keep up with demand. The company claims up to a 95-percent reduction in labor required to construct its prefab homes, which would free up those contractors to build more.

Mighty still has a lot of work to do before it reaches that scale, but it could eventually mean houses of any shape you can imagine showing up on a truck, nearly ready to move into. And since it has plans to expand production facilities around the country, it may not even have that far of a drive to get there.