The Australian Eastern Abyss is a treasure trove of strange, often penis-shaped animals

There's so much goo. 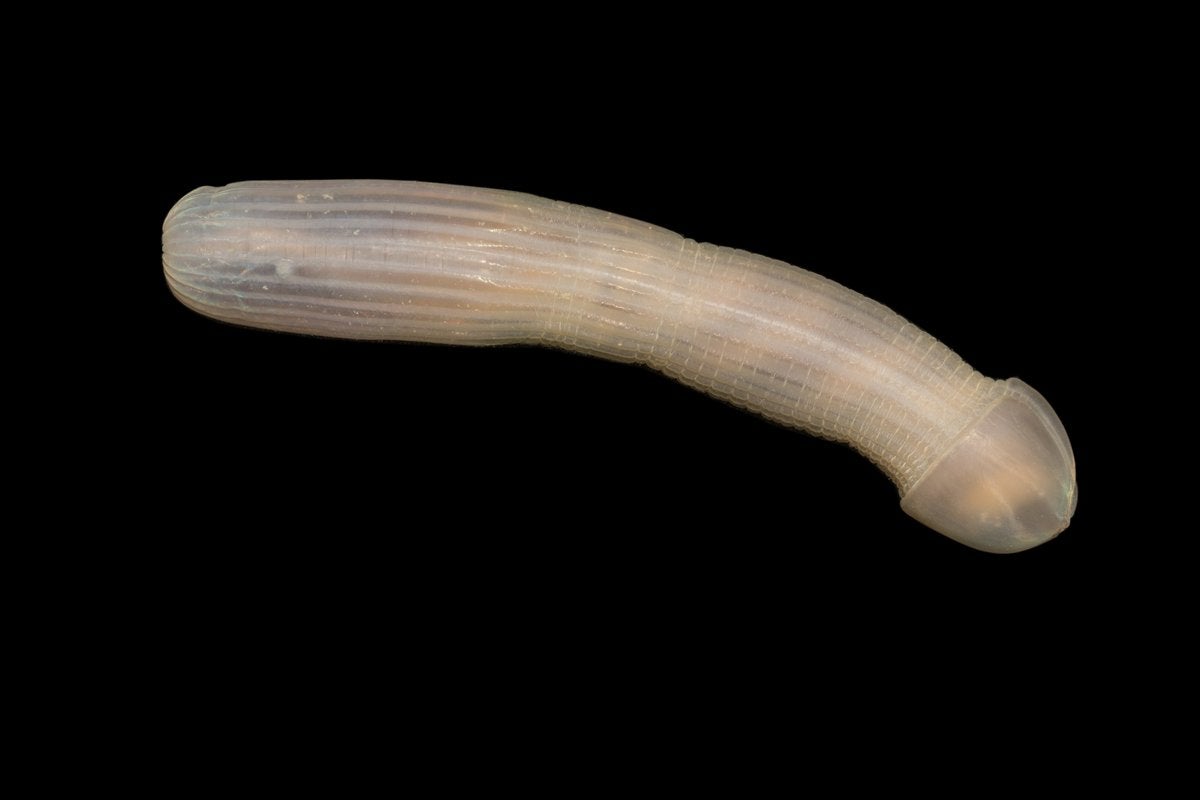 The abyss is back, and this time it spat up a penis (worm). At the end of May, we brought you a roundup of the strangest creatures dragged from the depths of the Australian abyssal zone, and you probably thought nature couldn’t get any weirder. But then over the weekend, Twitter got itself all in a tizzy over this:

Get it? It looks like a penis. But it’s a worm. A peanut worm (which sounds kind of like penis).

Predictably, though, the peanut/penis worm is the least interesting thing this mission dragged up in the last few weeks. The Investigator trip is exploring the depths of the Australian Eastern Abyss, which is a dramatic yet scientifically accurate name for the part of the ocean where darkness and high pressure reign. Animals that live down there are almost universally strange simply because they live in such an unusual environment.

It also looks a lot like a penis if we’re being honest (and we’re always honest). It’s gelatinous and transparent because it lives 2,000-6,000 meters down, where there’s really no need for colored skin or scales—no one can see you anyway. Its dinky little mouth doesn’t open all the way, its gills aren’t fully developed, and as the name implies, it doesn’t have functional eyes. It’s basically a fish fetus for life.

Even these Grideye Spiderfish look more like proper sea creatures than the blind cusk eel. They may look like they’ve had part of their heads gouged out, but those are actually light-sensitive plates. They’re probably used for detecting bioluminescent prey. Probably. Scientists know so little about the abyss that we’re not really sure.

Bioluminescence isn’t uncommon down there, since you have to produce your own light if you want to see anything. Check out this creepers:

That sea star might look more familiar, though it’s actually a different kind of star than the ones you’re used to. Brittle-stars are related to the sea stars found in tide pools, and have managed to thrive for more than 480 million years with no eyes or brain. Sometimes they just munch on organic debris on the seafloor. Sometimes they wave a mucus-covered arm around and see what they can catch. Sometimes they actively drag a little shrimp down into their spiny mouths and enjoy a meaty snack. To avoid becoming a snack themselves, brittle-stars can eject one of their legs as a sacrifice.

But not everything looks cute in a calcium-based shell. Check out this little worm that builds its shell on rocks:

And there’s a whole group of single-celled organisms that make their own tiny, beautiful shells. They’re called forams, which is an almost-sweet nickname for their scientific name, foraminifera.

Animals that live in the abyssal zone have to find a way to deal with life’s intense pressure—as in the literal pressure that the water above them exerts. Shells are a common tool, though these animals still can’t have air pockets in their bodies without risking a rupture. Other animals go the gelatinous route. Case in point: this weirdly adorable sea cucumber.

And finally, the animal that started it all. No, not that faceless fish. Back in 1800s, a naturalist by the name of Charles Wyville Thomson decided to start exploring the deep sea for creatures. Other naturalists thought that life didn’t exist past about 550 meters, but Thomson had a hunch. He started pulling out never-before-seen creatures and that discovery led him to start the HMS Challenger expedition to dredge the deep ocean, which the modern-day Investigator mission is modeled after. And among the animals dredged were sea star relatives called crinoids:

Inspiring, isn’t it? Science is so spiny and weird and beautiful. The next time you look at the ocean, remember that its depths hide all manner of wonders—gooey, squishy, freaky looking wonders.