Crows and ravens flexed smarts and strength for world dominance

As corvids flew all over the planet and settled in new environments, they evolved unique skills that gave them an edge in survival. 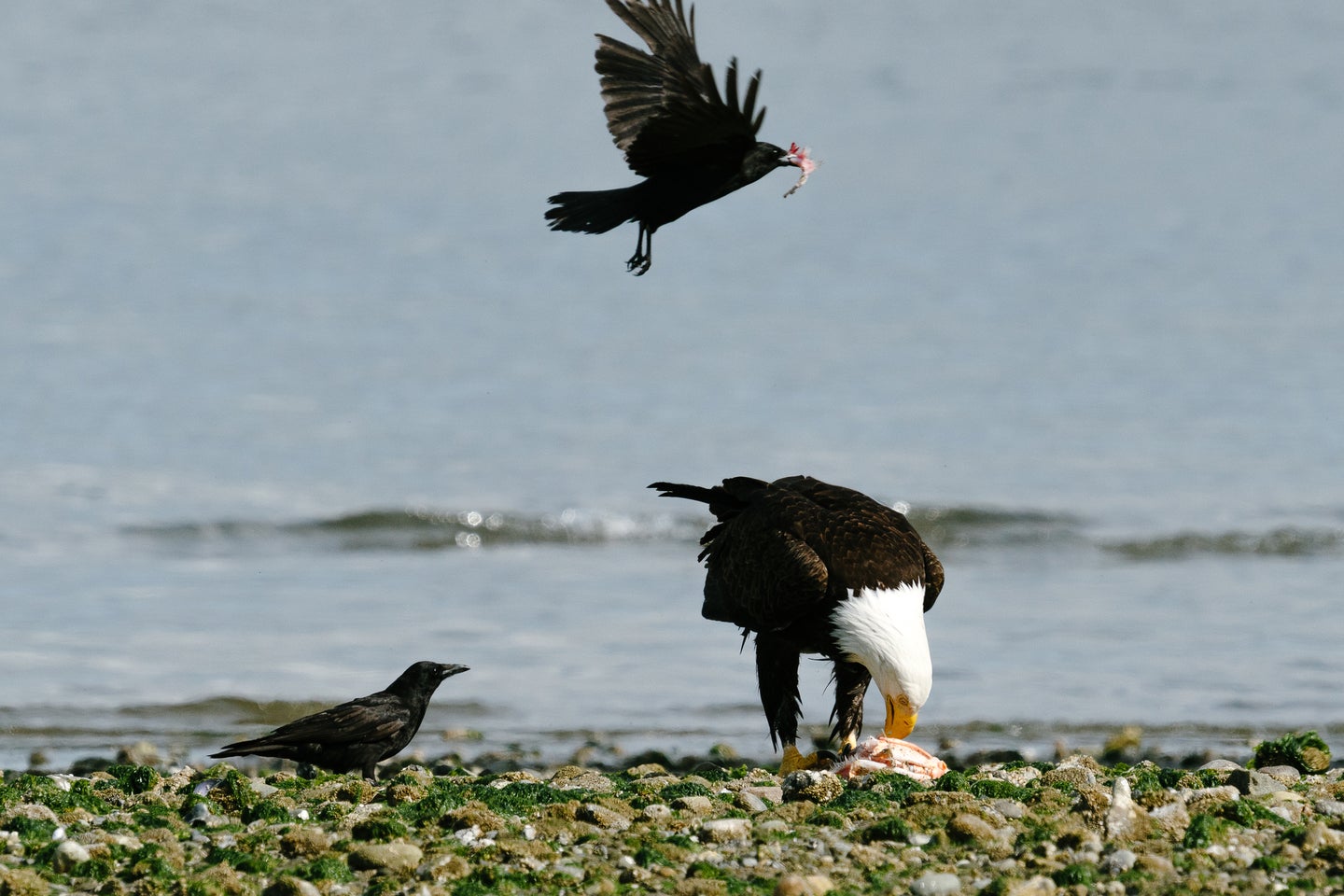 Crows are bold enough to harass birds much bigger than them, including bald eagles. Over evolutionary time, this brashness has served them well. Deposit Photos
SHARE

Crows are seen as a commanding symbol around the world, including as a sacred animal in Aboriginal culture and as a harbinger of death in Ancient Greece. The birds have played a prominent role in several cultures due to their widespread presence—about 40 species occupy Europe, Africa, Asia, Australia, and North and Central America. Now a new study from the Washington University in St. Louis, published on April 21 in the journal Nature Communications, finds that there is good reason to believe in the power of crows and their raven kin, aside from their spiritual meaning. 1

Evolutionary biologist Joan Garcia-Porta’s team found that crows and ravens, both in the corvid family, expanded their range and evolved into various species quickly. After spanning almost the entire globe between 22 to 18 million years ago, the crows and ravens were exposed to new environments. To survive in these different niches, members of the genus Corvus experienced high rates of adaptation and species diversification roughly 10 million years ago. How the birds were able to do this, however, was a central question in the study.

Crows and ravens are renowned for their unique skill sets. Studies have shown that ravens have similar cognitive abilities to adult apes and can mimic human speech. Meanwhile, crows are happier when using tools and are able to recognize human faces. But Garcia-Porta’s study focused on the physical adaptations that allowed corvids to disperse and diversify better than other birds, including elongated wings and large bodies that proved advantageous when competing for resources with other avian species.

[Related: Why are crows and ravens such jerks?]

After establishing the contributing factors of geographic spread, the researchers analyzed the individual characteristics of 46 crow and raven species to examine their physical diversity. The team used modeling software to tease out the genes and traits behind beak sizes, brain volume, and femur lengths, among other variables. The results showed that the highest rates of diversification in crows and ravens matched up with habitat and climatic expansion. The species also adapted quicker than any other prehistoric or modern birds included in the comparison.

“When we think about processes of global diversification, it is important to consider not just the ability to reach new places, but also the ability to survive once you get there. Our work suggests that crows and the ravens diversified both quickly and widely because they were particularly good at coping with different habitats,” Carlos Botero, a biologist at Washington University in St. Louis  and co-author of the study, said in a press release.

The authors note that the exact reasons behind these processes are still not known. A large brain mass to body size ratio, however, provides a greater ability to innovate and learn new behaviors, which might have helped crows and ravens survive for longer in new environments. Combined with the physical abilities that allowed them to reach new habitats with a variety of niches, the study could hold the real answers behind the corvid conquest.