These chickens earned a healthier label from the USDA

What happens when you cross a Transylvanian Naked Neck with two other breeds? 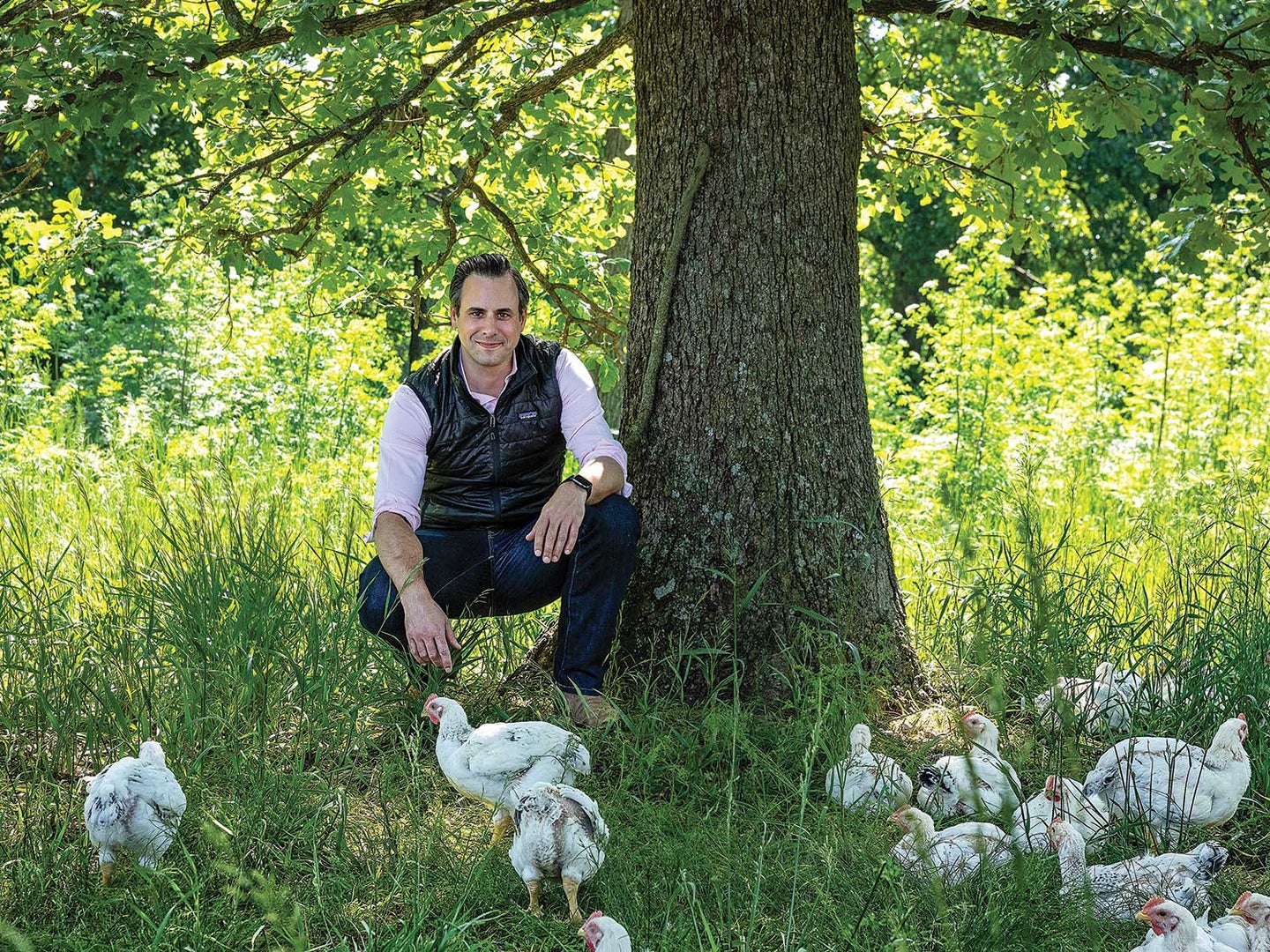 Roasted, grilled, pressed into ­nuggets—Americans sure do love chicken. Last year, we devoured almost 100 pounds of the poultry, per capita, nearly double the amount of beef or pork that each of us, on average, consumed. And the vast majority of our poultry, even the organic free-range kind, comes from a handful of breeds designed to fatten up quick and yield mostly white meat—”efficient feed-conversion” in industry speak. Matt Wadiak calls it “inhumane.”

These freakishly fast-growing birds don’t have immune systems robust enough to stay healthy in overcrowded chicken houses. The result? A bland, antibiotic-laced product born of cruelty. “Those chicks suffer from the minute they hatch,” Wadiak says. “As thoughtful ­consumers, we need to ­consider that.”

Wadiak, the founder of Blue Apron, worked closely with many of the farmers who supplied the meal kits’ raw ­ingredients before stepping down as COO in 2017. He’s since partnered with one such farmer: Blake Evans, whose family’s third-­generation operation in Decatur, Arkansas, was among the first to raise slow-growing chickens at scale. Last year, the two launched a company called Cooks Venture with no lesser ambition than to fix our nation’s poultry problem.

Their proprietary bird—a three-way cross between a Transylvanian Naked Neck, a heritage Delaware, and an unnamed breed developed by Evans’ grandfather—matures in 60 to 65 days, as opposed to the usual 40 or so. Each chicken house at Cooks Venture holds a third the fowl that is crammed inside traditional factory-farm quarters. And these birds are free to forage during the daylight hours. “Our chickens run and fly. They aren’t in pain, which isn’t typical for a broiler in 2020,” Wadiak says. “They grow their frame, then put on muscle and some fat, like nature intended.”

The 42-year-old also proudly points out that Cooks Venture is the only poultry producer in the US with no ties to industrial conglomerates like Cobb‑Vantress and Aviagen, “the Monsantos of the chicken world.” But don’t take his word for it. The USDA recently approved industry-first labeling stating that Cooks Venture poultry comes from healthier livestock than mainstream brands. And the birds have gotten high marks from chefs for their meat-to-fat ratio, crispy skin, and richer flavor. As Alice Waters put it: “I had been focused on organic for so long that I had completely forgotten about breed—and that’s the missing piece. The birds are delicious. They taste like chicken I ate in France.”

(Cooks Venture poultry costs $4 to $5, per pound, at Whole Foods Market, and $40 for two 3- to 4-pound birds, including shipping, at cooks­venture.com.)