Our best bet against tick infestations might be fire

If done right, regular, planned fires can manage tick populations in the Northeast. 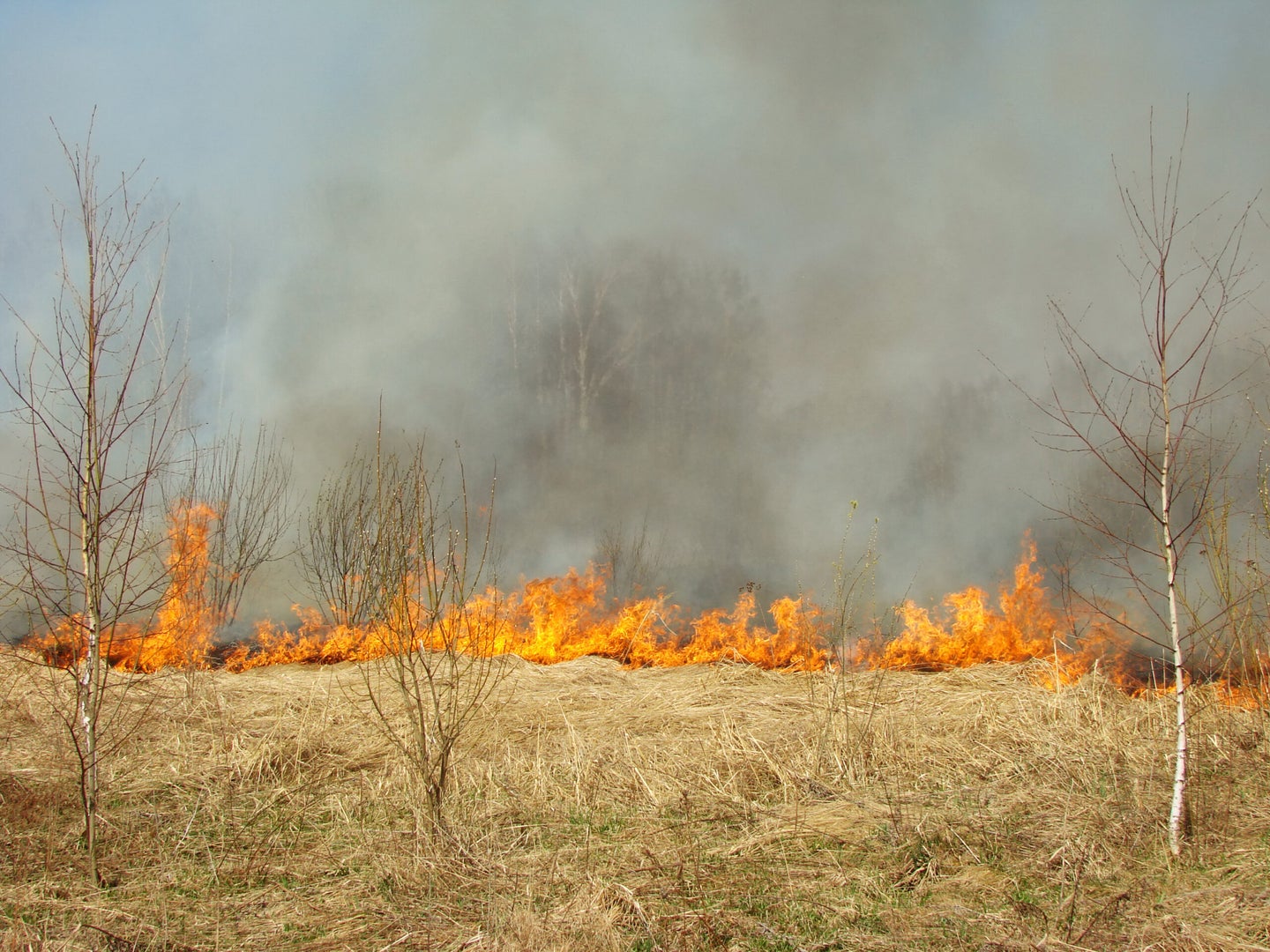 People hate ticks. In fact, they hate them so much that folks are willing to deal with the hazards that accompany fire, like smoke, in order to reduce their populations. That’s what Pennsylvania State University professor of geography Erica Smithwick learned during a survey of public attitudes towards controlled fires in northeastern regions of the United States like New Jersey and Pennsylvania.

Some areas of the U.S. evolved with regular fires while other regions didn’t. Controlled fires are intentional and planned, while wildfires aren’t, and can damage plants and animals in the surrounding areas. This, along with other factors, makes fire management a complicated and highly political subject. Smithwick and the fire managers she worked with wanted to make sure the public understood they were trying to carry out controlled burns for the right reasons.

The garden state has a century’s worth of history in controlled fires, whereas Pennsylvania only passed a prescribed burning bill in 2009. Smithwick wanted to see whether the different fire histories of the two states had any influence on residents’ attitudes towards them. Smithwick says the project was sparked, so to speak, when Pennsylvania fire managers expressed concern that state residents didn’t understand the point of controlled fires. “Our project was designed with the effort of talking with the communities and with managers to identify where there were opportunities and where they were barriers in terms of communicating about prescribed fire,” says Smithwick.

The team found that communities in both New Jersey and Pennsylvania understood and supported controlled burns, but the states’ priorities varied. Pennsylvanians worried about access to hiking and camping in the forest, while New Jersey residents were mostly concerned about smoke. But one interest in favor of controlled fires rose far above all other issues: Reducing tick populations. Communities in both states agreed that getting rid of these pests is a major benefit of prescribed fires, says Smithwick.

But whether controlled fires reduce tick populations is still somewhat controversial. The conflagration physically kills most ticks, but the question lies in how quickly populations are able to rebound. Brian Allan, currently an associate professor in the department of entomology at the University of Illinois Urbana-Champaign, tracked lone star tick populations in the oak and hickory forests of the Missouri Ozarks for his thesis work. He found more than six times the number of tick larva two years after an area that was burned than in unburned territory. He attributed these strange results to white-tailed deer, a favorite snack for the lone star tick. These deer were drawn to the new plant growth that sprouted after the fire. “They move into those recently burned areas to feed and they bring ticks with them,” he says. The trick, he thinks, is to burn more often. He says that several studies have demonstrated that fires every one to two years decreases tick numbers.

Elizabeth Gleim, assistant professor of biology and environmental studies at Hollins University, agrees. “Yes, long-term prescribed fires can reduce tick populations and disease risk,” she says. This summer, Gleim published a paper in Scientific Reports on whether these prescribed fires could reduce the risks of tick-borne diseases. When she and her team reviewed the literature prior to starting their research, Gleim says she was surprised by the variability of past studies. “One of the things we were really curious about was why there were all these different outcomes,” she says. “And when we started looking at it, one thing we realized is that a lot of times previous studies hadn’t simulated real world management scenarios.” She says that forest managers usually try to mimic historic fires, which often covered wide swaths of land and happen repeatedly. Not all past studies had followed these patterns, says Gleim, since they were constrained by space and time considerations.

By imitating past fires, she had remarkable results in reducing the tick populations. “So for the whole two year period, basically there were very, very few to [no] ticks at those sites,” she says. “When we did some follow up work there, we realized that, yes, the fires were knocking the ticks back, but what was really achieving those sustained reductions in tick populations was the fact that those areas had certain climate conditions that were much harsher because of the vegetation that had been shaped by the fires.” She found that the fires killed many species of smaller trees and shrubs, opening up the canopy to more light. Like vampires, ticks hate the sun, which heats the ground and dries them out. Gleim was working in southwest Georgia and northwest Florida, the sites of various tick-borne illnesses including ehrlichiosis, Lyme disease, and spotted fever, but she emphasizes the need to do this research in other areas of the country. “I’m hoping that I’ll be able to do some similar studies in different ecosystems.”

This technique has succeeded in other countries as well. Lynne and Winston Trollope studied conditions in the Ngorongoro Crater in Tanzania in the early 2000s. Land managers in the area called these two rangeland scientists because of an emergency. In early 2001, five black rhinos, five lions, 1,000 buffalo, 250 wildebeest, and 100 zebra died. A veterinarian attributed the cause of at least some of these wildlife deaths, especially those of the rhinos and lions, to Babesiosis, a tick-spread parasite that attacks blood cells. The Trollopes found that dense and overgrown grass, especially one super-thick species, led to an ideal habitat for ticks. The Masaai people, who have lived around the Ngorongoro Crater for hundreds of years, keep their grassland from becoming overgrown with regular, controlled burnings and grazing. The Trollopes recommended that land managers in the Ngorongoro Crater follow the Masaai’s example and institute regular burnings. Winston Trollope says that the advice worked and wildlife populations have recovered.

Smithwick says that several decades of fire-related communication from the media and government can interfere with responsible fire management today. “It’s a Smokey the Bear phenomenon,” she says. “That messaging is problematic when we want to actually put fire back on the landscape.” Smokey Bear was a real animal, injured by wildfire, who got his own zip code at the National Zoo in Washington, D.C. because he received so much mail. More than 75 years after his birth, Smokey Bear is still a powerful symbol. But the public is becoming more and more aware of the subtleties of fire management.

Smithwick conducted focus groups with fire managers and people in surrounding communities who volunteer to clear brush and educate their neighbors about how to prevent wildfires, in addition to citizens who live near burn sites but aren’t involved in fire preparedness. She says she was struck by the amount of thoughtfulness people showed towards making sure that both wildlife and firefighters were not endangered. “Everybody has the same common goal, which is to have a sustainable ecosystem and have the landscape be managed properly and safely, for the good of nature.”