Should we switch from petroleum ink to soy-based ink?

Soy-based ink is renewable and made from plants—and it also creates more vibrant colors than the alternative. 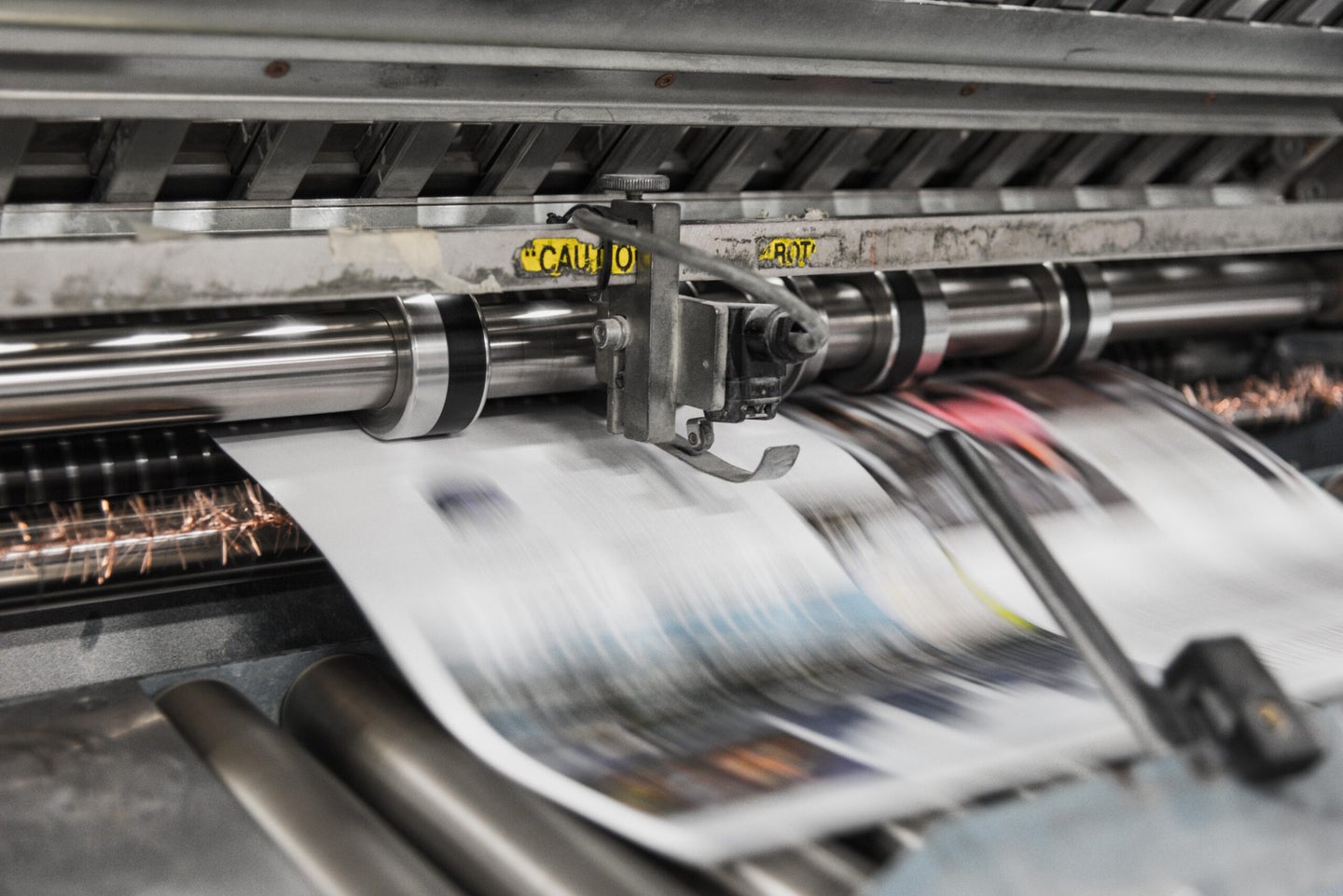 In the early 1970s, petroleum products ruled the ink production market. Back then, the supply of vegetable oils was too limited to use for ink products. However, the rising prices of petroleum in the late 1970s compelled the Newspaper Association of America (NAA) to find a possible cheaper alternative. They tested various vegetable oil formulations before coming up with the idea to use soybean oil, which had its first successful practical printing run in 1987 in The Gazette from Iowa.

Although the majority of US newspaper printers still use petroleum-based ink today, there is now consumer pressure to move in the direction of more environmentally friendly options. One of which is soy-based ink. Here’s why the growable ink is considered greener than its petroleum-based counterpart.

When it comes to determining the sustainability of a product, it often all comes down to where the core resources come from. Traditional ink is based on finite petroleum-based resources, while soy-based ink is made from soybean oil, which, as a plant product, is naturally renewable, says Shelie Miller, Jonathan W. Bulkley Collegiate Professor in Sustainable Systems at the University of Michigan.

Like most bio-based products—goods that are wholly or mostly derived from biological materials—the carbon footprint of soy ink is lower compared to that made with petroleum, she adds. That’s because plants absorb and store carbon during their growth, thereby removing carbon from the atmosphere.

[Related: Where does your paper come from? The good and the bad news.]

This product is then refined and mixed with environmentally friendly, natural resins and waxes to make the final product, says Wendy Brannen, Senior Director of Marketing & Communications at the American Soybean Association (ASA).

Aside from being renewable and having a low carbon footprint, petroleum-based inks produce more volatile organic compounds (VOCs) while they dry. “VOCs are the chemical compounds that evaporate off the paper surface and often create a noticeable chemical smell that can contribute to air quality impacts and can be harmful to human health,” says Miller. A 1994 EPA document found that soy inks had over 80 percent less volatile components compared to petroleum-based inks.

VOCs affect human and environmental health by irritating the eyes, nose, and throat, and producing ozone pollution. Some of the VOCs emitted by petroleum-based inks include benzene, toluene, and xylene, says Brannen. They also contain alkanes, measurable amounts of metals, and hydrocarbons. “For inks, reduced VOCs will likely have the greatest benefit by reducing workplace exposures rather than benefits to customers,” says Miller.

Brannen adds that soy ink is biodegradable and more easily removed from paper, which makes recycling easier as well because waste paper needs to be deinked first before it can be reprocessed into new paper products.

However, bio-based products have environmental trade-offs, too. “Soybeans are usually grown in monocultures that consume large amounts of energy and [use] pesticides that reduce biodiversity,” says Miller. Using crops for purposes other than feeding the hungry—like making biofuel—also raises moral and ethical dilemmas. According to a 2022 report from the independent think tank Green Alliance, about 3.5 million people could be fed every year if the United Kingdom stopped using crop-based biofuels.

According to a 1995 manual from the Iowa Waste Reduction Center, soy ink is about 2 to 5 percent more expensive than petroleum-based inks. This price difference is likely a factor against the major industry shift to greener ink, although more recent data comparing the cost of the two is needed. As demand for natural materials increases, the use of genetically modified feedstocks (in soy ink’s case, soybean) will also become more likely.

Printing with soy ink may be visually beneficial

Soy ink is slower to dry than other inks and not ideal for glossy magazines, but it still has some advantages. For instance, it spreads about 15 percent further than petroleum inks, which means printers may need less ink to print on the same amount of paper, potentially helping reduce ink use and cleanup costs as a result.

In addition, “soy ink produces brighter and more vibrant colors than petroleum-based ink,” says Brannen. Because soybean oil is clearer than petroleum-derived oils, less pigment is necessary to produce the desired print density. “Because of the more intense colors, less ink may be needed to print materials, thereby lowering costs,” she adds. “Also, [color] soy ink is better at resisting rub off on the reader’s hands.”

The authors of a 2018 study published in the Journal of Applied Biomaterials & Functional Materials compared the printing quality of inks made of vegetable oils and petroleum-derived mineral oils. They concluded that both inks show similar printing performances in terms of printing quality, therefore ink choice should be based on human and environmental health impacts and ease of recycling and printing, among other reasons. The study recommended that inks from petroleum-derived mineral oils should then be replaced by vegetable oil-based inks.

[Related: You may need to read dozens of books each year to offset that new e-reader.]

More than 90 percent of US daily newspapers are printed with color soy ink today. But overall, only about 33 percent of the country’s newspaper printers use soy ink at all. Aside from newspapers, other products like children’s books and booklets in K-pop albums are sometimes printed with soy ink as well.

If a product has the “Printed with Soy Ink” certification mark, that means it met or exceeded the soy ink standards of the ASA, which regulates the use of the SoySeal. Brannen hopes that the merits of soy ink, such as its environmental benefits and ease of use for printers and end users, will encourage more vendors to use it. While the mass of ink on a single package or sheet of paper can be negligible, small environmental impacts add up, especially when associated with a product like ink that is everywhere, says Miller.

That said, we shouldn’t focus on improving the sustainability of products and packaging materials without also addressing the environmental issues associated with overconsumption. Simple actions like buying secondhand books or refraining from mass purchasing albums can go a long way, especially if a lot of people do it.

“If we reduce the amount of things that we consume,” Miller adds, “we also eliminate the need for packaging and all of packaging’s impacts—including the ink.”