A new report shows the ozone hole is healing, but it’s not all good news

Despite mostly positive changes, a scientific assessment of the Montreal Protocol shows how we still need to do better. 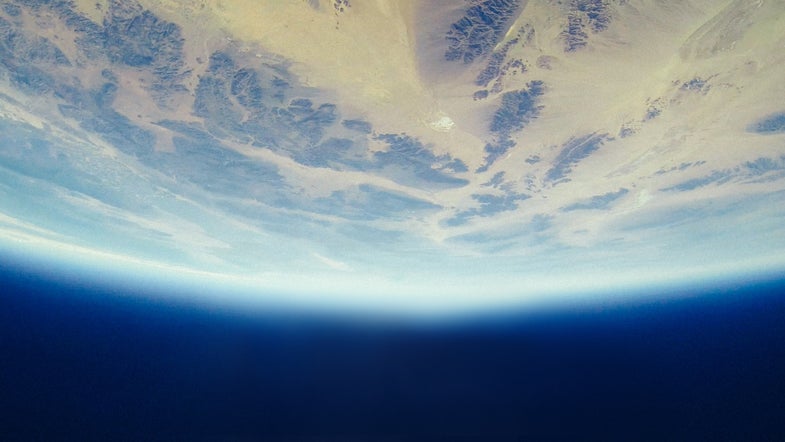 A three decades old international treaty to phase out chemicals that deplete the ozone layer protecting our planet from harmful solar radiation is paying off.

Thanks to the 1987 Montreal Protocol, the ozone layer continues to recover, according to the 2018 Scientific Assessment of Ozone Depletion released Monday by the World Meteorological Organization and the United Nations Environment Programme.

This includes the “hole” over Antarctica where the ozone layer is exceptionally thin, which has been gradually shrinking since the early 2000s and is projected to heal by the 2060s. This year, the hole spanned about 9 million square miles, an area slightly smaller than the entire North American continent.

“Generally, it’s good news,” says Paul Newman, co-chair of the new assessment and chief scientist of earth sciences at NASA Goddard Space Flight Center. Ozone-depleting gases are decreasing and have continued to fall since the mid-1990s. “The projections into the future are pretty positive as long as parties continue to comply with the Montreal Protocol.”

Ozone, a molecule made of three oxygen atoms, occupies two regions of the atmosphere. Ten percent of atmospheric ozone is found in the troposphere, which extends from ground level to an altitude of about seven miles. At ground-level, ozone is an air pollutant in smog that’s formed from byproducts in vehicle exhaust and fossil fuel combustion.

Then there’s the ozone layer, a 31 mile wide buffer that occurs naturally above the troposphere and protects the Earth against ultraviolet-B radiation from the sun. Within this band, a cyclical reaction takes place: solar radiation splits elemental oxygen (O2) into single oxygen atoms that react with other elemental oxygen molecules to form ozone (O3), which is converted back to elemental oxygen when it absorbs radiation. Without this reaction, life on land could not exist. More harmful radiation would reach the earth, increasing the likelihood of skin cancers, cataracts, and suppressed immune systems in humans and damaging plants and most aquatic life.

In the mid-1970s, scientists discovered that man-made gases containing chlorine and bromine atoms, such as chemicals released from refrigerators, air conditioners and aerosol cans, can escape into the upper atmosphere. There, they are transformed by ultraviolet radiation into chlorine and bromine radicals which initiate the chain reactions that destroy ozone.

Then, in 1985, scientists discovered a hole in the ozone layer growing over Antarctica. Knowing that chlorine-containing compounds including chlorofluorocarbons could deplete ozone, 46 countries acted to regulate ozone-depleting gases under the Montreal Protocol, which has since been adopted by every country on earth.

Substances controlled under the Protocol include chlorofluorocarbons, hydrochlorofluorocarbons, carbon tetrachloride, methyl chloroform, and bromine-containing halons and methyl bromide. Assuming continued compliance with the Montreal Protocol, ozone in the northern hemisphere is projected to return to healthy levels in the 2030s, southern hemisphere ozone in the 2050s, and polar regions–where depletion is most severe–in the 2060s. The reduction of ozone-depleting substances, which are also potent greenhouse gases, has averted at least several centimeters of future global sea level rise, according to the assessment.

That’s not to say there aren’t any flies in the ointment, Newman says.

Certain ozone-depleting substances like chlorofluorocarbon-11 (CFC-11) are decreasing from the atmosphere more slowly than projected. Two independent networks have confirmed an uptick of emissions over eastern Asia since 2012, though their exact origins are still being investigated.

That’s troubling because compounds including CFC-11 are banned under the Montreal Protocol and persist in the atmosphere for decades. If someone is releasing them today, they’ll continue to do damage for generations to come.

To make this point, Newman keeps a small can of a different CFC—chlorofluorocarbon-12, the original Freon refrigerant—in his office. While CFC-12 was a clear improvement over the toxic and sometimes fatal refrigerants used prior to the 1930s, it wasn’t perfect. “If I were to dump this can onto my floor,” Newman says, “five percent of that would still be floating in the atmosphere 300 years from now.”

To make matters worse, once a molecule of CFC makes its way to the upper stratosphere, it is broken up by UV radiation to release chlorine atoms. A single chlorine atom can destroy thousands of ozone molecules in its lifetime before it is cycled back to the lower atmosphere and rained out altogether.

That’s why it’s important that parties abide by the Montreal Protocol and the Kigali Amendment that was added in 2016. Newman says both treaties have or will have a real effect on reducing emissions.

The Kigali Amendment, which takes effect in January 2019, addresses chemicals used to replace those banned by the Montreal Protocol. Replacement hydrofluorocarbons (HFCs), commonly used in the air conditioning units of cars, are not as long-lived as CFCs and do not destroy ozone, but have greenhouse gas properties up to several thousand times more potent than carbon dioxide.

With the Kigali Amendment in place, we could avoid global surface temperature increases of between 0.2 to 0.4 degree Celsius, according to the assessment.

Since the planet has already warmed by one degree Celsius within the last century and global temperatures are on track to increase another degree or more by the end of this century, the report says benefits from eliminating these substances would be “substantial.”