And it already knows which ship they'll go on 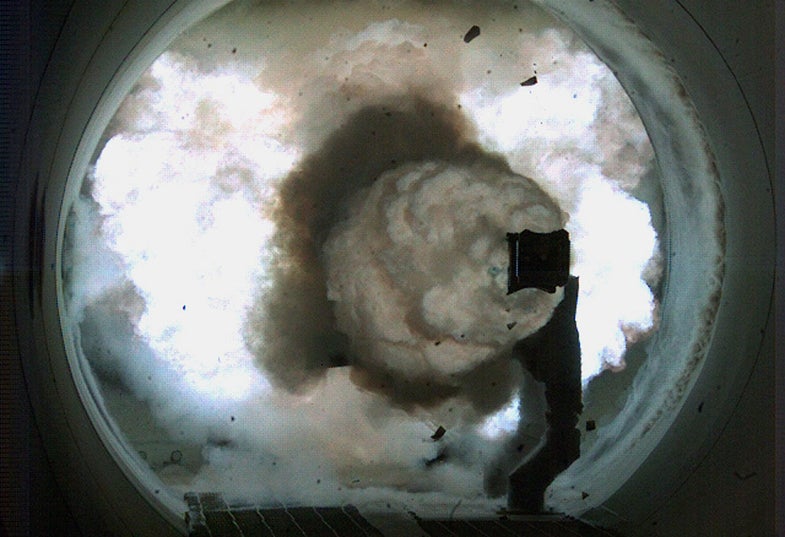 Right now, the United States Navy has a ship with a laser gun deployed to the Persian Gulf. The USS Ponce, an old transport ship, is outfitted with the Navy’s 30 kW “Laser Weapon System” (abbreviated LaWS). In demonstrations, that laser melted a hole in a drone and detonated explosives. The weapon has potential, and the Navy isn’t sitting on that as a distant theoretical: at a summit on directed energy, Rear Admiral Bryant Fuller said he wants the next stage of laser weapons in the hands of the fleet by 2020.

That next stage of lasers will use between 100 and 150 kilowatts to deliver more heat faster to the target. Right now, the 30 kilowatt laser takes some time to burn through the hole of its targets, making it an impressive demonstrator but an underwhelming weapon. A more powerful laser can dispatch a single incoming missile or drone more quickly, and then turn to the next threat, making it a much better weapon overall.

Besides lasers, the Navy is also looking into freakin’ railguns. These weapons use electromagnetic forces to drag and then accelerate a projectile mounted on a sliding rail, launching them farther and faster than guns can fire and at less cost than missiles. These are powerful weapons, and the punching ability they give a ship hearkens back to the battleships of old, which could destroy cities and support troops fighting miles inland. The Navy is scheduled to test a railgun at sea next year.

Both railguns and lasers use a lot of electricity. In anticipation of the power demand from these weapons, the Navy’s brand-new Zumwalt-class Destroyer can generate up to 78 megawatts of power, of which it only needs 20 to operate. That means it can have lasers and railguns that draw up to 58 megawatts of power. When the Navy is ready to put the weapons of the future out at sea, they already have the ship designed to carry them.