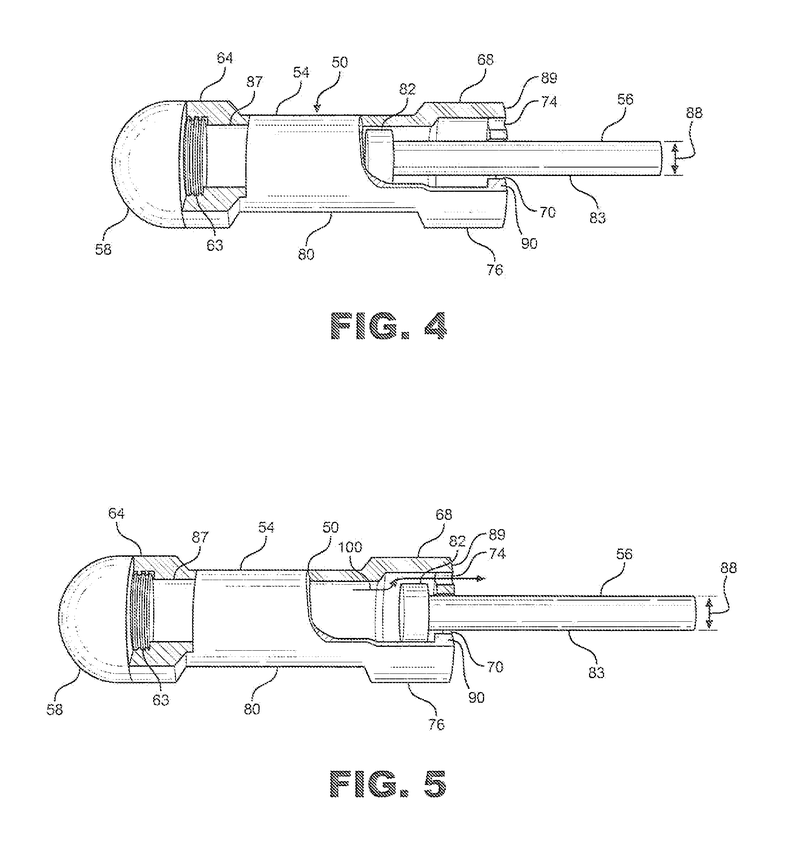 A gun is a powerful tool for putting a hole in a person. That power made them a staple of armies centuries ago and keeps them on the hips of soldiers, law enforcement, and Gadsden-flag-wearing anybodies to this day. Among the problems of such a lethal tool is that, in the event someone wants to use force but doesn’t want to kill anybody, guns are a bad choice. A whole field of less-lethal weapons has sprung up, and one of the latest would use lasers and jets as a less-bloody alternative.

Ohio’s Battelle Memorial Institute has a small history with novel weapons. In October, they demonstrated an anti-drone rifle, which brought down flying machines by jamming their controls. Their latest, blandly patented as “Caseless projectile and launching system,” is a gun that fires a jet-powered, laser-guided large blunt bullet, a metal fist thrown at someone dozens of yards away.

Fired from a specially-made pistol, or attached to a rifle in place of a grenade launcher, the round will rely on a laser rangefinder (not yet developed) to make sure it hits its target at an appropriate velocity. If it does, it should have the concentrated pain of a sting without the concentrated death of a traditional bullet. Popular Mechanics describes how the gun, named Pogojet, works:

Still, there are reasons to be skeptical. The round is .50 caliber, which is on the larger end of bullets, especially in machine guns. The gunmaker advertises that the precision lets shooters fire normally, instead of aiming for less-vital body parts as is standard with other less-lethal weapons. That places a lot of confidence in both the gun and the shooter, and does not necessarily favor the target of this weapon.

The patent makes it clear that, while a less-lethal weapon in name, this gun is at least as much about protecting the person firing it as it is about ensuring that anyone it hits doesn’t die. From the patent: