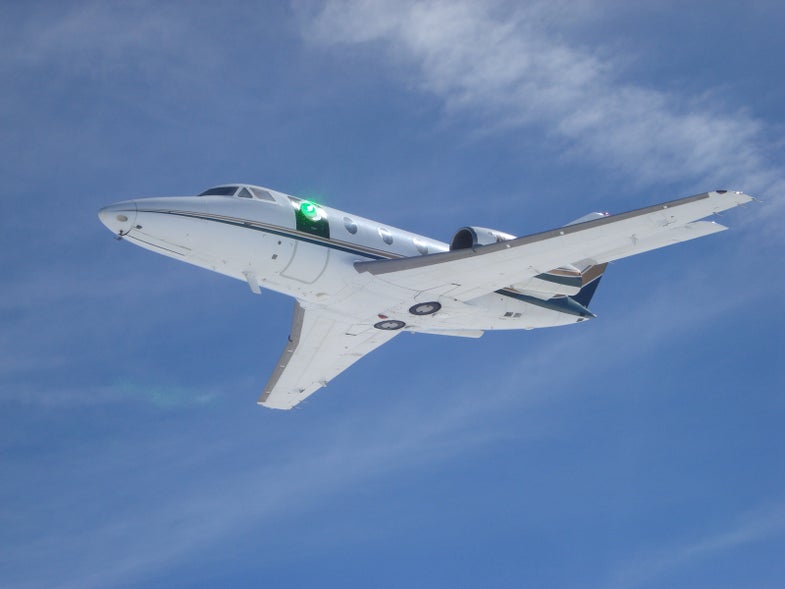 Lasers could be the future of aerial warfare. Defense giant Lockheed Martin, which has already tested a directed energy weapon (or laser) on the ground, announced yesterday 60 successful tests of a laser turret on a business jet between 2014 and 2015. While the turret only fired a low-powered laser, it’s still a success because it was able to counteract the effect of turbulence on the beam. From the release:

If the test carries over to more high-powered lasers, then airplanes will be able to use the same kinds of energy weapons as those on ships and on the ground.

Last year, in conversation with Popular Science, Lockheed’s Chief Technology Officer said of an airborne laser weapon: “It’s game changing. Should you develop an operational weapon that operates at Mach a million, that’s game changing.” This turret is part of that package. The program, funded by DARPA and the Air Force Research Laboratory, is called “Aero-adaptive Aero-optic Beam Control”, and it’s been in the works for some time. One promise of the technology: defending larger airplanes, much like machine gun turrets protected bombers in World War II. Only this time, instead of shooting down fighter jets, the lasers could also stop missiles and drones.