U.S. Military Wants To Blow Up Landmines With Lasers

That's one way to keep a runway clear 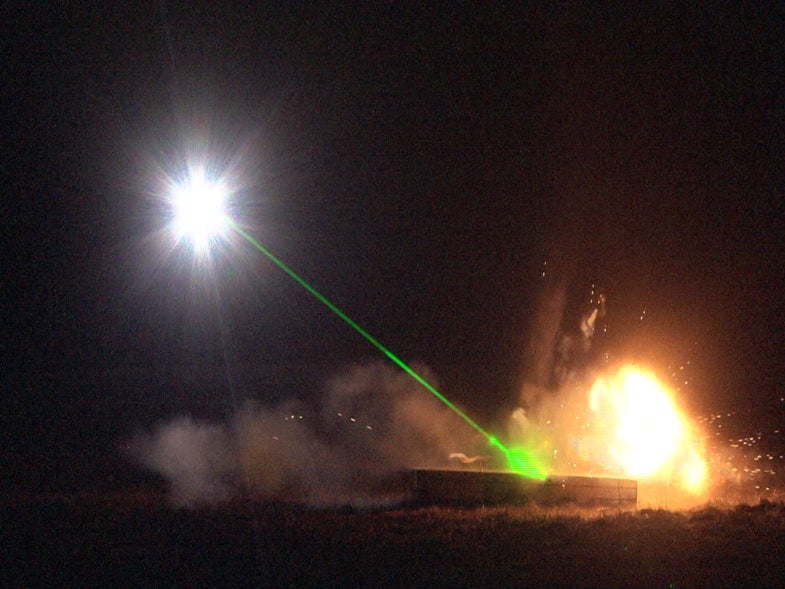 Since their invention, landmines have scourged battlefields, lying in wait for unsuspecting foes before erupting with devastating force that damages life and limb, and sometimes even armored vehicles. Removing landmines is hard, risky work, and they can remain in place for decades after, hurting not just uniformed troops but civilians in peacetime. The U.S. Army and Air Force want to shine a light to a bright, land mine free future. By which we mean, they want to use lasers to blow up enemy landmines.

The Army’s anti-mine laser will go on top of MRAPs, or Mine-Resistant Ambush Protected vehicles. The Army invested heavily in MRAPS during the Iraq war, where they protected patrolling soldiers and Marines from improvised explosive devices (IEDs) planted along the road. IEDs function similarly to the industrial mass-produced landmines of wars past, but are generally made by insurgents and, as the name suggests, cobbled together from whatever materials are available. The Army continues to use MRAPS in Afghanistan.

On top of Army and Air Force MRAPs will be a laser named RADBO, for Recovery of Airbase Denied by Ordinance. This is a terrible name, but it highlights the laser’s specific purpose: get rid of explosives that are on a runway so planes can start flying again. The laser on the RADBO will draw from two alternators providing a combined 1,100 amps of power. With that, it can detonate explosives from almost 1,000 feet away, the occupants inside the MRAP protected from any ensuing blast. In case the bomb is stuck in a crack or under rubble, RADBO has a mechanical arm that can pull away up to 50 pound of debris. Laser weapons sometimes struggle to destroy moving targets, but landmines and IEDs remain in place, making them ideal laser targets.

Testing of the RADBO is scheduled to through September of this year. If the Army and Air Force like the results, they are on board to get 14 more mine-clearing laser trucks for the next time America’s airbases find themselves under attack. In the meantime, RADBOs can do grunt work, clearing unexploded bombs from Air Force practice ranges. 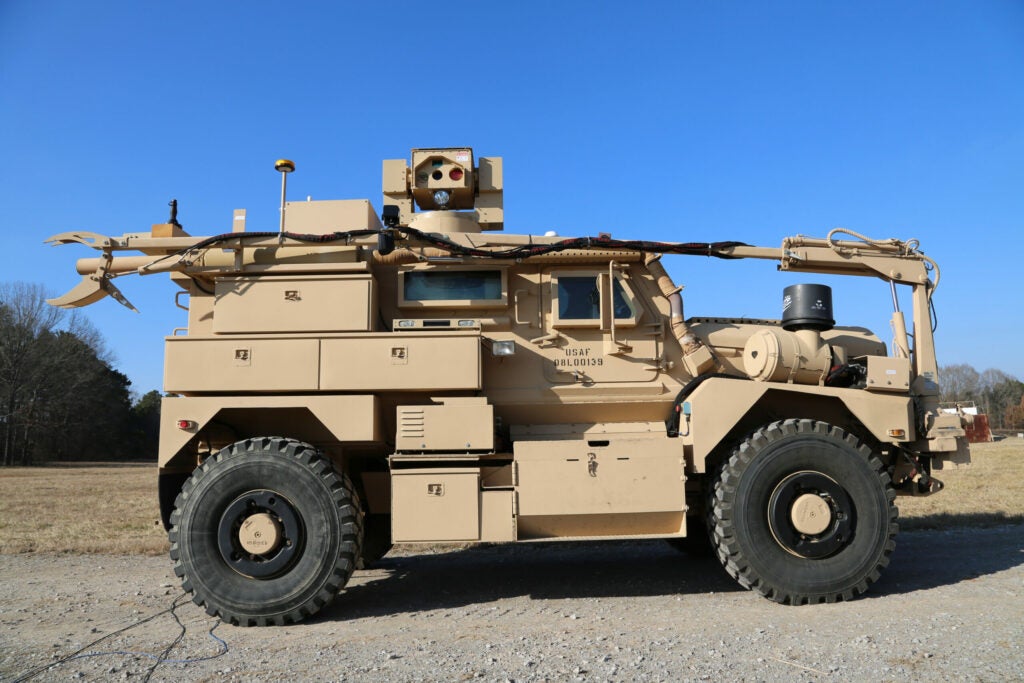 RADBO MRAP With Laser And Claw