The crystal ball of science 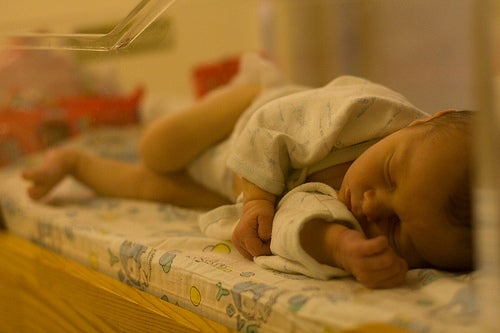 If you could find out your baby’s future health problems right after he or she was born, would you want to know? Some new parents will get to make that decision soon. This month, doctors in Boston will begin the BabySeq project, in which they will sequence the genomes of newborns to look for signs of diseases that begin in childhood.

“We’ve been at an impasse for the last few years–we’ve had the technology to deliver information about future health, but we’ve not been able to use it because of all the issues around it,” says Robert Green, a Harvard Medical School professor who is working on the BabySeq project.

It’s routine for doctors to test newborns for up to 30 treatable diseases, and pregnant women can have blood tests to assess their risk of passing on diseases. But for this project, the team will look at 1,700 protein-coding genes that are strongly tied to diseases that begin during early childhood. Doctors will offer to sequence the genomes of 240 babies in intensive care at Boston Children’s Hospital, as well as 240 healthy babies born at Brigham and Women’s Hospital.

Doctors will search for mutations connected to specific diseases and genes associated with incurable childhood conditions, where advanced warning could help parents be better prepared to treat the malady. However, the sequencing is only for pinpointing diseases that develop early in childhood; the researchers will not look for signs of adult or age-related conditions like Alzheimer’s or breast cancer.

After the sequencing is complete, a geneticist and a genetic counselor will summarize the results of the analysis for the parents, and each child’s pediatrician will receive copies of the findings as a guide for future medical care. The team will also monitor the children, the parents and their physicians for a minimum of five years. Parents can request access to their child’s raw data at the end of the project, though Green says this could be analyzed inappropriately.

Some experts have pointed out the ethical concerns of this project (not to mention its very GATTACA-like feel). Donna Dickenson, a professor of medical ethics at the University of London, mentioned that this project removes the child’s right to choose and could affect parenting styles. Companies could also take advantage of people who hear about projects like this, telling people they can predict personality traits or skills. But the way Green sees it, sequencing children’s genomes at birth was an inevitable step forward, so he hopes BabySeq will tackle the issue in a smart way.

“We know the questions that the world has about this issue, and we have to start trying to answer them,” Green says, “but we’re not going to be able to do that by speculating. We answer them by starting a project in a carefully monitored environment, so that if something goes awry or causes unexpected distress, we are in a position to say, ‘Wait, stop, let’s not go down this road,’ and then document the fact that it happened.”