The Future Of The DNA Hard Drive

One day we may look to biological rather than physical storage of data...just not yet. 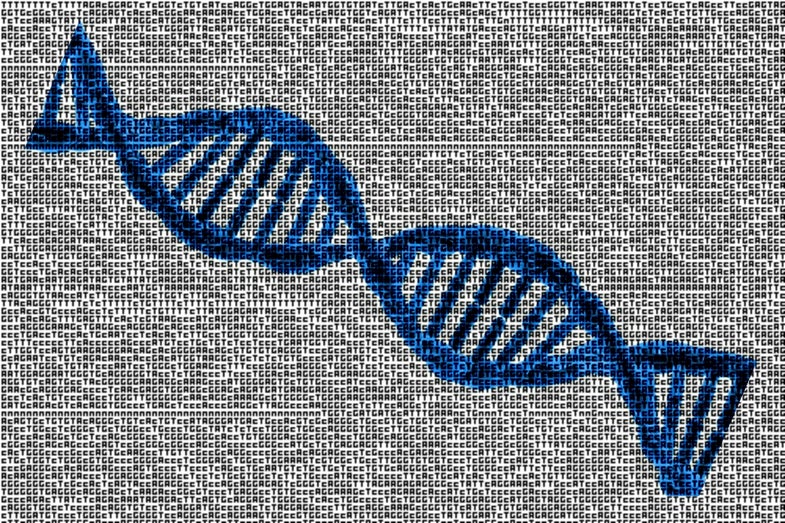 Back in August at a chemistry conference, the worlds of science fiction and fact merged with the announcement of a technological advancement in data storage. Instead of using physical means, a group of European researchers were able to store information in DNA, our genetic material.

The promise of this discovery was huge. After all, imagine being able to store the entirety of the world’s data on one hard drive. Even more incredible, the information could be held for centuries without any concern for decomposition. The sky appeared to be the limit.

But realizing the dream may not be easy and could run into some very difficult obstacles. Also, some of the potential applications simply may not be prudent, let alone possible. Defining the line between the real and the imaginary can be a challenge for most. However, for one group of computer experts, better known as IBM, venturing into this foray is par fort the course. The company has been part of computer history and known for developing such famous names as Mark 1, PC, “Big Blue,” and Watson.

I reached out to Dr. Spike Narayan. He’s the Director of Science and Technology at IBM Research and has a passion for taking the computerized world to new heights. For him, the DNA technology isn’t as new as we might think but hasn’t gained momentum for one particular reason: money.

“The technology to read and write DNA is already available today but it’s not necessarily accessible. DNA data storage and access is already possible from a technological standpoint, but not necessarily from an economical one. For example the cost of reading genetic data, or identifying the components of genetic material, is getting dramatically cheaper. For example, you can have the 3 billion bases in your own DNA sequenced for as little as $1000.

However, the cost of writing that data – or chemically synthesizing the sequence of nucleotides that represent your data – is a different story. Specifically, researchers in the UK estimated recently that it would cost more than $12,000 per MB to encode DNA data, but only around $200 per MB to read that data back. The hope is that the techniques for writing DNA will catch up with the amazing progress that is happening in technology to sequence or read DNA. Until there is greater demand, it will be many years until we see greater technological adoption due to cost factors.”

Though the cost factor is a hurdle, Dr. Narayan believes we are well on our way to achieving the goal of large-scale DNA storage. In fact, he believes we are already par way there thanks to DNA barcodes to tag and read genetic data. But in terms of long term storage, he believes DNA offers the perfect choice. “What’s really interesting now is that researchers are using DNA as a medium for digital archival storage because the stability of the DNA structure in principle lets one access the data after centuries under reasonable storage conditions. After all, scientists have been able to “read” the DNA from mammoths and Neanderthals.”

This stability can provide far more than just a hard drive to last the ages. Because DNA is always present in a variety of biological environments, the idea of a personal DNA hard drive within the body may also be possible. According to Dr. Narayan, it’s already happening at the microbial level. “Several years ago researchers built the first self-replicating bacterial cell and they inserted DNA representing text such as the scientists’ names and literary quotations within the functioning DNA of the cell.”

This in itself is a perfect biological version of what we currently do today with computers. But while this may be possible, Dr. Narayan wonders if this might be the best approach. For him, it may be better to use more traditional means of data storage: the brain.

“Since the average human has about 100 trillon bacteria in or on them it seems there certainly would be room to put your social security number in the genome of some bacteria or virus. However, you would have to hope it stays dormant forever and not become viable and perhaps mutate or erase the information. And then you would have to extract and sequence the DNA. Seems better to just remember the number.”

There’s also another reason why this personalized biological hard drive may not be the best option. We do not yet have the technology to read it. Take a virus, for example like Human Papillomavirus (HPV). It causes warts and can stick around for years. It could represent the best route to store valuable personal information. But Dr. Narayan points out it may not be entirely useful. “Even if you did manage to incorporate your personal information into the HPV genome (you couldn’t add much – the genome is very small) remember using today’s technology the DNA has to be extracted, fragmented and sequenced in a laboratory.”

There is little doubt the future of the DNA hard drive is bright. Yet while the biological aspects may be perfectly suited for a variety of applications, the economic and logistic hurdles suggest we should only focus on a few aspirations. For Dr. Narayan, the answer to the future of the DNA hard drive is clear. “DNA as a medium for archival storage may have place in digital storage.” But as he points out much to the chagrin of anyone looking for that perfect human/synthetic hybrid: “as a medium for the human/digital approach, not so much.”